Droning on with Slowdive, Electric Wizard, Ian Svenonius, and Bedouine

After a two-year layoff, Levitation returns as a blueprint for future festivals given the rising, upfront costs of modern musical convergences. Its model as a club-oriented set of separately-ticketed shows debuts this weekend, but may soon be as common locally as psychedelic rock. 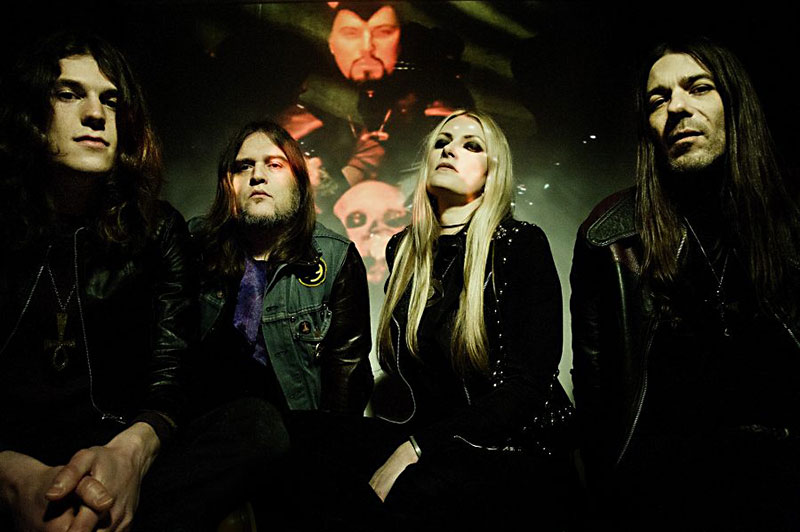 "[2014 LP] Time to Die has a very muddy production and we weren't happy with the sound of it, which is one of the reasons we decided to do it ourselves this time," explains Oborn. "The directness is probably down to our decision to make it fit onto a single piece of vinyl – 20, 22 minutes per side. We felt it a challenge to try and tighten up our sound a bit."

Buckingham agrees, extolling the benefits of home recording: "We had time to experiment, the atmosphere was more conducive to creating, and it generally just felt right."

Did the DIY approach make it more ... fun?

Perhaps "fun" should also not connect to an album that begins and ends with a vehement "See you in hell!"

"We thought it made sense to make the theme cyclical," says Oborn. "It hints that maybe this is the end. Or are we doomed to just repeat our mistakes forever?"

Dark sentiments such as these come wrapped in a signature heavy that's more melodic – even sensual – than usual.

"Metal these days has lost its sexiness," asserts Oborn with a chuckle. "I always considered us a really, really heavy rock band, and rock was meant to be more sensual. In the Fifties, 'rock & roll' was a euphemism for fucking." – Michael Toland 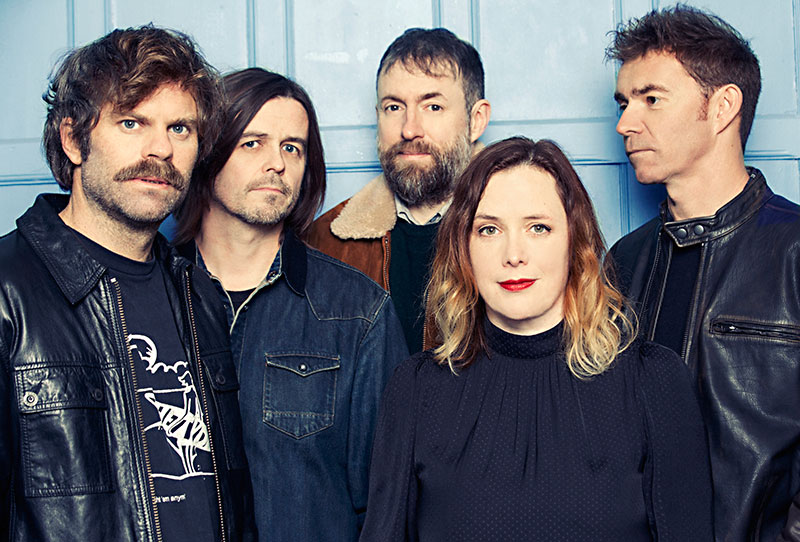 
In the Nineties, British shoegazers Slowdive enjoyed a roller-coaster ride of success, but a critical backlash ended the band following their 1995 album Pygmalion. After a generation of dream-pop bands reintroduced them to younger audiences, the group reunited, played one of Levitation 2016's salvaged shows after the festival was canceled due to weather, and released their fourth studio LP last May. – Dan Gentile

Austin Chronicle: Do you still identify with the music you were making when you were 21?

Christian Savill (guitarist): We still play some of those songs. We've all messed up our lives, but we're all the same characters, just older, uglier, and with a million divorces and heartbreaks.

AC: Does that heartbreak come out in your new music?

CS: Of course. We're quite melancholy people. We don't mean to be, but we attract it. Sorrow follows us, finds us.

AC: What about the newest album are you most proud of?

CS: That we actually did it together and it was fun. Those were really happy times. It reminded me of why we did the band in the first place. It felt totally natural. If it doesn't come natural, you shouldn't be doing it.

AC: How do you feel about the term "shoegaze"?

CS: We really don't care. It had a negative connotation a long time ago, but that's so far in the past. It's become a positive genre. It's a little community we're happy to be a part of.

AC: Why do you think your music appeals to a younger fan base?

CS: When I was a kid, I got into the Jesus & Mary Chain before I got into the Stooges and Velvet Underground. Then I'd read interviews and bands would say they love the Stooges, so I checked them out. They're all these chapters in a book you don't necessarily read in the right order. 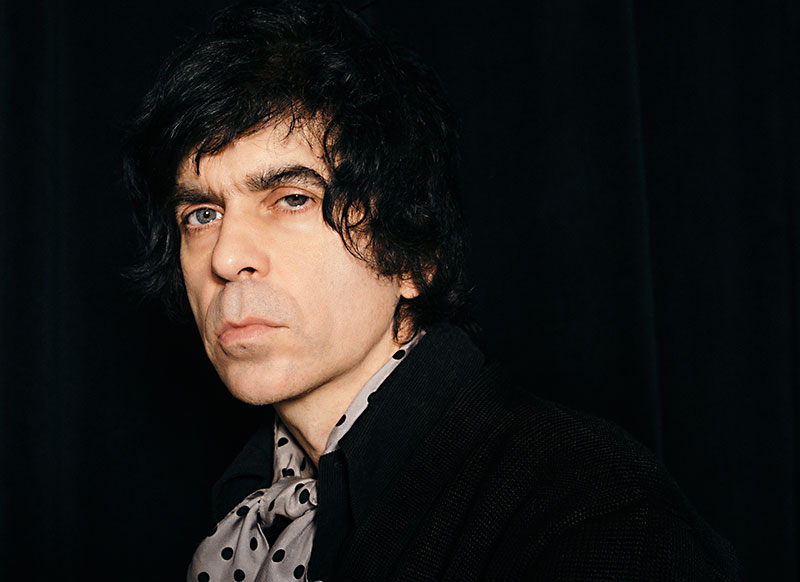 
"I bet if you do a study, you'd see that heroin use has subsided since Facebook's advent."

Twenty-nine minutes into a half-hour interview, 50-year-old D.C. native Ian Svenonius – playing Levitation with both reunited "gospel yeh-yeh" outfit the Make-Up and his one-man lo-fi techno project Escape-ism – announces this. A quick internet search turns up Napster founder/early Facebook investor Sean Parker admitting the social network was programmed to "consume as much of your time and conscious attention as possible."

So, Svenonius isn't simply being provocative. He's onto something! Of course, that's been the case since forming seminal MC5-esque rockers Nation of Ulysses in 1988.

"Like Devo marrying rock & roll with science fiction with The Island of Dr. Moreau," he posits. "They're not retreading rock & roll. They're bringing genetic engineering into the equation. That's why they resonate."

Only Svenonius' "anti-freedom" rockers Chain & the Gang are absent from Levitation. The Make-Up have released no new studio work since 1999, activating "when we feel like it." Escape-ism's drum machine/synth/fuzz anti-guitar debut, 2017's Introduction To on Merge, sounds like the proper follow-up to Suicide's 1977 bow.

"Anytime you turn one of those old drum machines on, you sound like Suicide," he chuckles. "They have this sound that puts you immediately into [Alan] Vega and [Martin] Rev-land. But Escape-ism has my personality. Any worthwhile rock & roll has a distinctive personality, even when it borrows cliches from another." – Tim Stegall 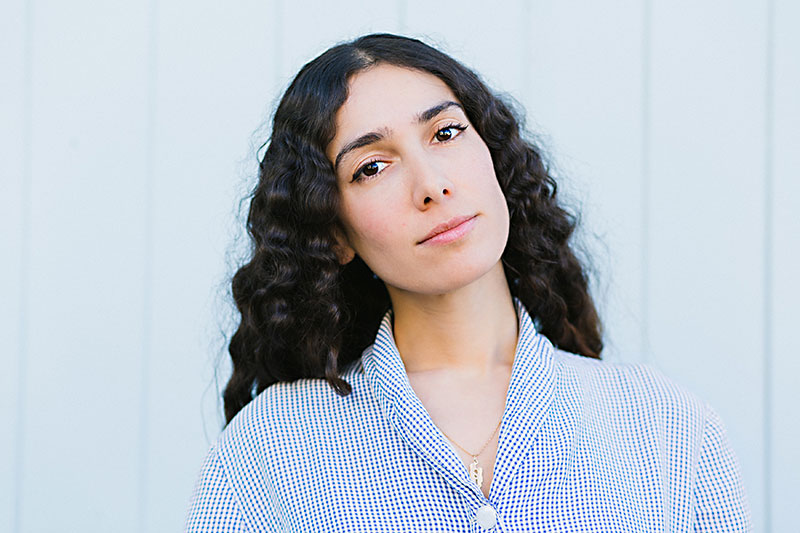 
A lifetime of recurring relocations resonates in the warm, wandering folk of Syrian-born Armenian songwriter Azniv Korkejian. En route to her current Los Angeles abode, she made a childhood pit stop in the Houston suburbs and a yearlong stint at the University of Texas. Not yet performing under her nomad pseudonym Bedouine, Korkejian played the Cactus Cafe and later won a songwriting award at a Texas Revue talent show.

"I don't even think it would have been billed under my name," she furthers. "I just tagged along on the coattails of my friends. Who could realize I'd still be doing music in my 30s? I thought it was a pipe dream, so it's still pretty new to me."

A transient past and strident practicality coalesce in Korkejian's songcraft, unveiled last year on an eponymous LP. A dozen poetic tracks, penned while working as a Hollywood sound editor, necessitated out of her own rationalism.

"It started to bother me that [songs] were piling up without a proper recording," she says. "For my own sanity, I wanted to start compiling them. I was trying to be practical and organize everything."

While seeking advice from engineer Gus Seyffert on reel-to-reel self-recording, the duo cut forcible track "Solitary Daughter" in one take. Bedouine's orchestral introductory collection grew to include a sonic Laurel Canyon connection. Considering her California home, Korkejian admits logic limits her from becoming too settled in the city.

"I don't know that I'd ever be able to afford to buy a home here, so it's a question mark," reflects the singer. "What is it to me if I'll never be able to put down roots? I don't know if L.A. itself has been such an influence as much as just moving around a lot and feeling detached to any one place." – Rachel Rascoe

A version of this article appeared in print on April 27, 2018 with the headline: Up Off the Floor 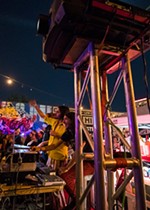 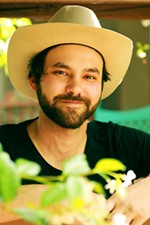