Checking in with Donna the Buffalo, Billy Strings, Greensky Bluegrass, the women of I'm With Her, and more 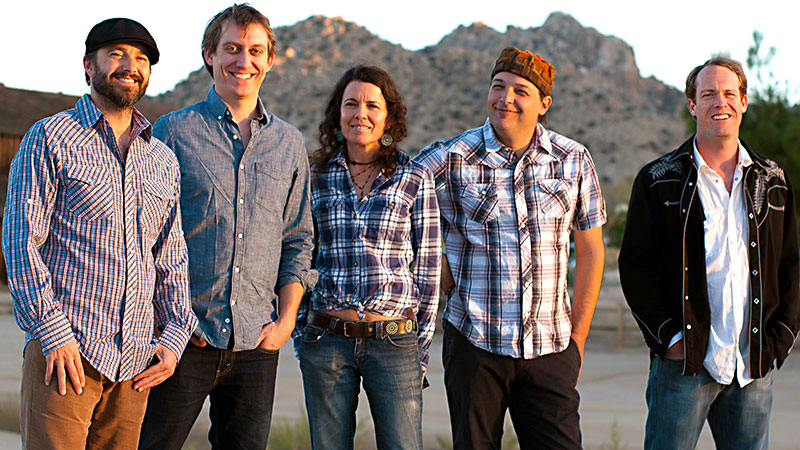 
Old Settler's Music Festival turns 31 this year, Donna the Buffalo notches 30, and the band's own celebrated gathering, upstate New York's Finger Lakes GrassRoots Festival, clocks 28. Jeb Puryear, meanwhile, co-founder of the free-ranging roots herd, took up fiddle at age 7 in Ithaca, where his Ph.D. parents parked off-grid "after going all around having kids everywhere." He met DTB co-axis Tara Nevins from downstate Rockland County when her band came through town and they jammed afterward.

"Old-time fiddle music has a history of people playing together, because all you need is your fiddle, or your banjo, or whatever instrument you play," explained Puryear from "somewhere in Florida" on tour. "The music is very quick and exciting, but at some point it's hard to follow unless you're up to speed with it. So as a performance music, the potential audience was kind of narrow. After doing that for years and years – we used to play it on the street as kids – it was pretty wild for people to understand what [Donna the Buffalo] were doing."

"When you're an old-time player, festivals are the highlight of your year. There's four or five where you'd be hard put to have a better time. A lot are fiddlers' conventions, where there's contests – fiddle, banjo – but that just furnishes an excuse for the subculture that needs it.

"There's subcultures into all kinds of weird shit, and some are really into old-time fiddle music. Very energetic and super fun. You're hanging out, drinking, and playing music for a week. What could be more fun? There's all these cool people around and really talented musicians.

"It gives you a skewed view of society at a certain point. You think every second person you meet plays the fiddle. You walk in the grocery store and think the person at the cash register is going to break out in a fiddle tune." 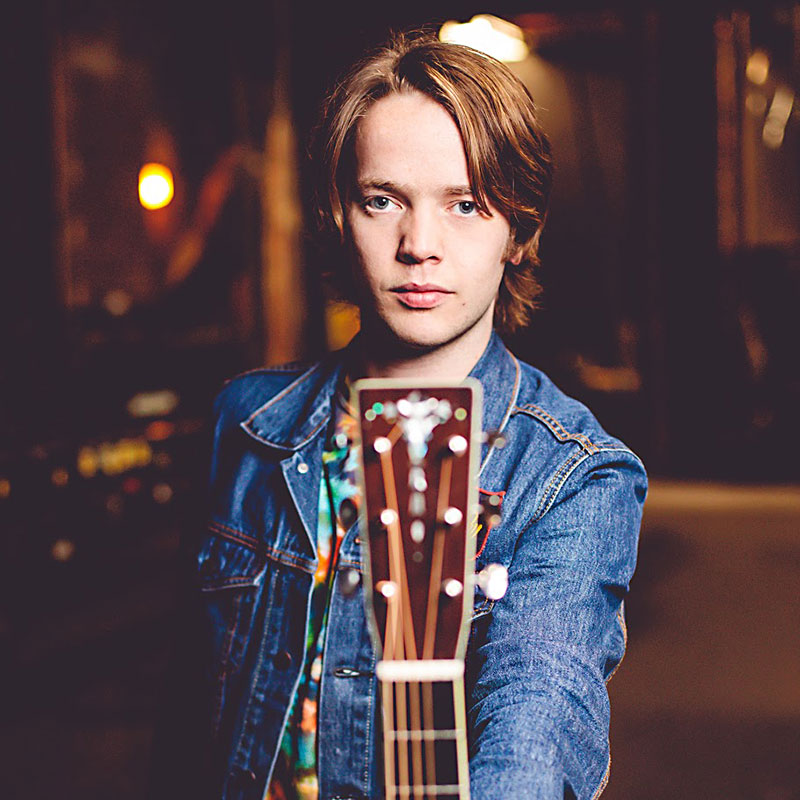 
William Apostol was headed nowhere fast as a teenager growing up in Ionia, Mich. He kicked around in a metal band and in and out of high school until bluegrass called him to a different path.

"Things were weird at that time," admits the 25-year-old string phenom. "I was a teenager and learning about substance abuse, and a lot of my friends were, too. I had a lot of them go down. I never thought I'd amount to anything, let alone get to follow my dreams and see them come to life.

"Bluegrass was almost like a portal back to my childhood before everything was so bad," he continues. "Hearing 'Rank Stranger' gave me déjà vu back to before any black clouds moved into my life and it was just picking with my dad and fishing and playing with friends and having a great childhood. The Stanley Brothers and Doc Watson, that was the soundtrack to it, so when I hear that stuff, it can make me tear up just thinking about my father. Me and him just shared a special thing through all that and I'm grateful for it."

Getting back to his roots and childhood nickname of Billy Strings, Apostol worked his way to Nashville two years ago. Soon he was picking with his heroes like David Grisman and Del McCoury, but his high- octane live shows fuel an eclectic aesthetic that expands well beyond his predecessors.

"When I write music, I try to let the songs take me where they want to go rather than make them fit into a square," he allows. "I'll pour it into a bag instead of a glass, just let flow to where it needs to go to be free." 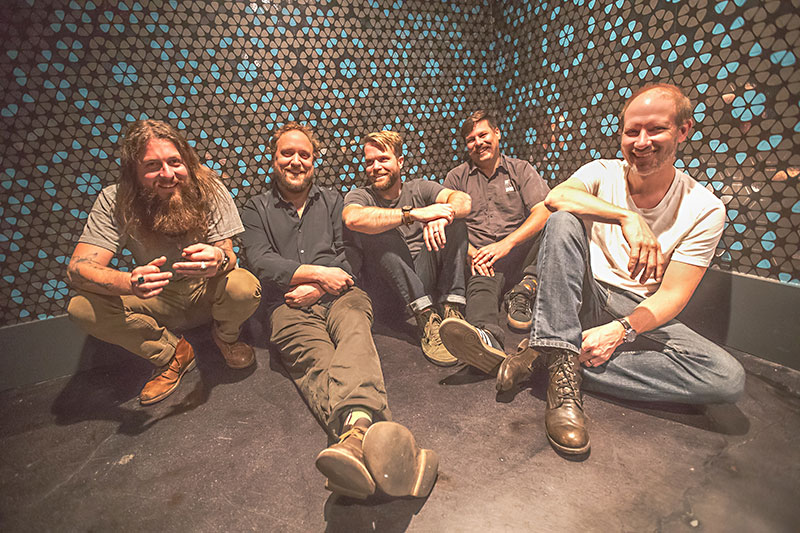 
Having last graced OSMF as a late-afternoon offering in 2011, Greensky Bluegrass returns as this year's top-billed act, complete with the most stadium-ready light show you'll ever see back a string band.

The Kalamazoo quintet's ascendance on the roots festival landscape traces back to 2006 when they conquered the Telluride Bluegrass Festival Band Competition, which like OSMF's Youth Talent contest funnels new acts to the ensuing year's main stage. Singer and mandolin picker Paul Hoffman considers that a touchstone moment for the millennial Michigan act.

"It gave us encouragement that we were doing something right and confidence there was a potential for us to pursue music seriously," he said. "The next year, yeah, we were stoked. Now we play the festival annually and that feeling's still there."

The jammy, progressive, Americana troupe of lengthy musical buildups and well-placed covers are the only band with a dobro player currently crossing over into distinctly pop festivals like Bonnaroo, ACL Fest, and Fuji Rock. Next month, they capitalize on their momentum with a three-day music fest in their home state called Camp Greensky.

"It's fun booking all the entertainment, which is a way to highlight our different influences," says Hoffman of a lineup featuring Wilco's Jeff Tweedy and Phish bassist Mike Gordon. "Obviously, we enjoy festivals. Being outside and seeing a bunch of music is great. On club tours, we're not seeing a lot of other bands, so the festival circuit is awesome to see what everybody else is doing, mingle with artists, and play music with different people."

"Still, I'm always mostly looking forward to checking out acts I haven't seen before," he emphasizes. "That's my favorite thing about festivals." 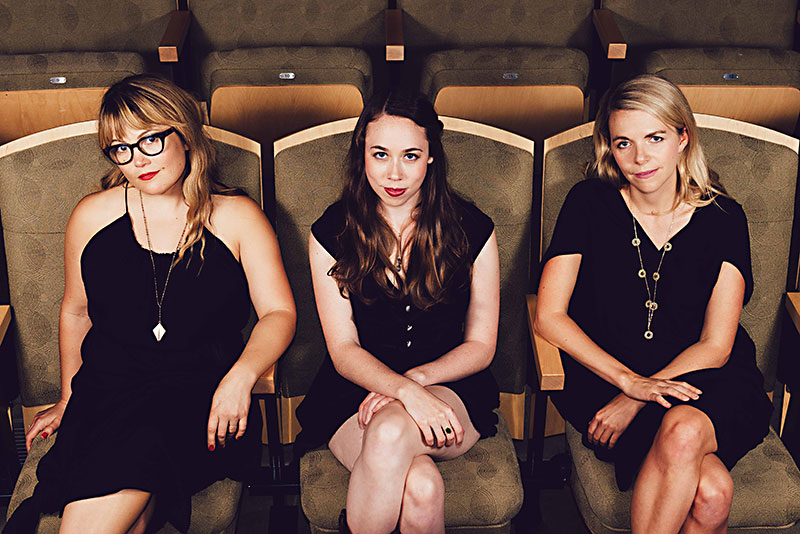 
After previous pairing permutations during their virtuosic careers in the roots realm, lauded solo acts Aoife O'Donovan, Sara Watkins, and Sarah Jarosz first united onstage at a festival in 2014. Their seamlessly interlocking harmonies, described by O'Donovan as an "a-ha moment," has since evolved into touring act I'm With Her and homespun debut See You Around, recorded between L.A. and an idyllic, snowy Vermont farmhouse.

"That was exciting to be holed up together for 10 days and really get to know each other," says O'Donovan. "When you have to become a family with your bandmates, it can go one of two ways. We're lucky it went the good way."

Travel to their Northern writing locale prompted "I-89," one of Massachusetts-raised O'Donovan's favorites. The strident capture draws force from the sum of their scaled-back instrumental parts, recounting a journey out of relationship tumults.

"We got stuck on a mountain road and ended up having to follow a man in a truck down the dirt road back to the highway," she recalls. "It brought to mind several metaphors in the song and helped us form it as a group. I don't feel like any of the songs are my songs. We all own them."

That democratic approach layers the triad of voices in lush, well-spaced unity, iterated onstage with the three gathered around one mic. The esteemed assemblage, decorated with multiple Grammys, naturally gets saddled with the supergroup tag, to which the 35-year-old O'Donovan laughs.

"We're still pretty young, and I hope to live a long life," she says. "When Sam Bush and Béla Fleck get together, okay, you can call that a supergroup. Give us time to prove ourselves.

3% Milk Sat. 21., 3am, Camp Shhhtimes
A one-off folk séance from members of the Deer, Milkdrive, and the Greencards.

For a complete schedule of OSMF, April 19-22, see www.oldsettlersmusicfest.org.

A version of this article appeared in print on April 20, 2018 with the headline: A Bag Instead of a Glass 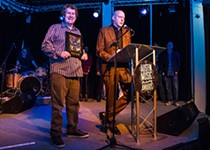