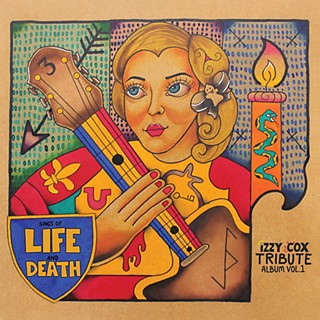 Izzy Cox's voice spanned postwar jazz, Southern blues, and outlaw country atop twanging, hollow-body guitar slides and old-time roots on originals such as "Bad Bad Woman." On the sprawling Songs of Life and Death: An Izzy Cox Tribute Album, Vol. 1, Joleen Heilman begins the song somber, her voice steadily unfurling into a howl ("I let you in my heart again") suspended over steely acoustic strums. It's a fitting lamentation and rendition beginning a 24-track compilation that combs through the oeuvre of the Austin-based French-Canadian singer, who succumbed to pancreatic cancer on March 24, 2017. "The Murder Ballad Queen" captures Cox in a song, her odes to love laced with woman-scorned tales, psychotic lonesomeness, and hellish lust. The same brew inhabits all these tracks vocally and instrumentally. Wide-eyed and frazzled, the vocal timbre of Gabriel Lopez (aka the Texicano Folk Rock Punk) shakes audibly toward the suicidal on "Thorazine." Mary Panjoma and Aaryn Russell's sugar-sweet interplay coats the lines of billet-doux diary entries in "I Love You My Dear." Raucous chords and bedroom-brawl progressions wrestle a corporeal take on "Fighting/Fucking" by Moose's Last Stand. Highway 90 Americana ("Lying Eyes Cheating Heart"), Fifties rockabilly ("Bang Bang Pow Pow"), punk brazenness ("Had It Coming"), and swamp jazz ("Ain't It Funny") all bristle with the eclectic range Cox summoned on her Love Letters From the Electric Chair (2007) and Killing My Kind (2010). Whiskeydick, White Ghost Shivers, Sabbath Crow, That Damned Band, and many more ensure that the "Voodoobilly Jazz Queen" lives on through song. 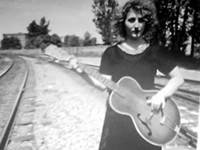 New Documentary Delves Into the Life of Austin's Voodoobilly Queen Izzy Cox
A celebration of love and struggle in Izzy Cox: Fighting the Devil 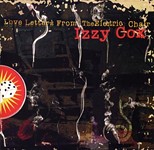