Airplay with the Lord 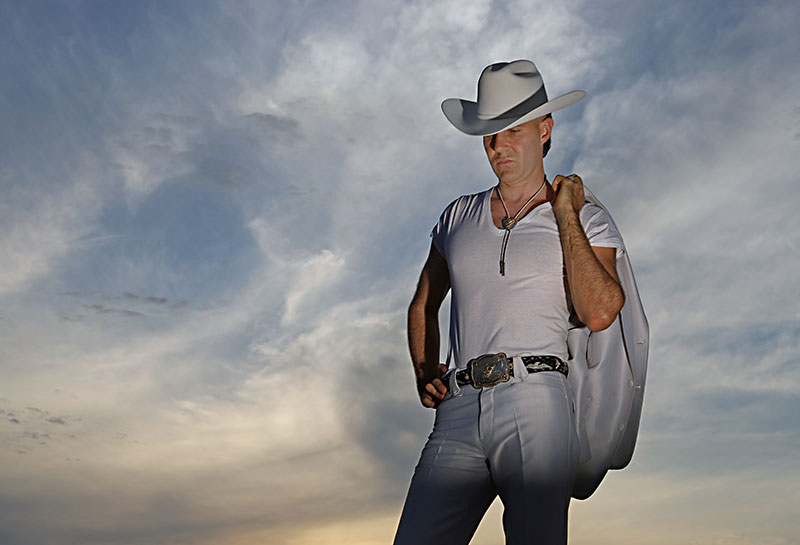 "Has God ever spoken to you?"

Josh T. Pearson's eyes widen with a flare of excitement.

The songwriter lets out a halting, muffled laugh. The cross around his neck jostles against his bare chest as a giant belt buckle digs into his lean torso.

"We have an understanding, I guess," he concedes. "It's tenuous, I'll say that. A trial separation. We're allowed to see other people, but it might work out in the end once we take some time apart.

"I'm definitely not as mad at Him as I have been."

Pearson is precisely the type of artist who inspires this line of sincere inquiry. As frontman for Denton trio Lift to Experience (b. 1996), Pearson unloaded a psychedelic second coming on double-LP revelation The Texas-Jerusalem Crossroads. Lift crashed into myth within a year of the album's 2001 release, leaving the recording to slowly build into an underground classic. Its creator, meanwhile, disappeared.

A decade later, Pearson re-emerged with 2011 solo album Last of the Country Gentlemen. The collection delivered raw, emotional brutality, his sinewy tenor wailing inside a catacomb of heartbreak, despair, and self-flagellating guilt. Songs carried the weight of Leonard Cohen's darkest explorations, but whereas the Canadian crooner became a saint of seduction, Pearson quaked as the prophet of misanthropy.

"It's the first time I've ever played by the rules, because I want as many people to hear the songs as possible," offers the 44-year-old Texan. "I think they're joyful and might spread some love, but I have a nature of self-sabotage, so I really don't know if that's what I'm doing right now.

“I don’t know if I’m burning the ships down so I can’t sail home, or if there’s a deeper destiny above me or inside me that knows what’s going on.”

"For what small demographic I have, [Hits] is anathema to that sort of heavy-handed, avant-garde, boundary-pushing stuff. I'm just burning down that whole thing. I don't know if I'm burning the ships down so I can't sail home, or if there's a deeper destiny above me or inside me that knows what's going on."

Admitting such ambition over his compositions comes hard for Pearson. Desire opens the doors to rejection, failure. Those dark rooms bear his footprints.

"There's an element of conditioning for me," he admits. "I was raised Pentecostal and my dad was a preacher. My parents split pretty young, but my mother raised us in that tradition: old-time religion and Southern Baptist hymns. There was a lot of emphasis on physical manifestations of God.

"A kid with low self-esteem doesn't feel like he deserves any airplay with the Lord. You get super close and create something good, but then pull the rug out from under it because you don't feel deserving. After Lift, I moved to Limestone County [in East Texas] and stayed out there for about three years, not leaving the house much and wrestling with things.

"I thought God had great plans for my life when I was a younger man, but it didn't work out that way."

Pearson eventually fought through the depression and seclusion, and hit the road, landing in Berlin where majestic ascension of The Texas-Jerusalem Crossroads initially struck a chord with Europeans fascinated with Lone Star mythos. He met and married photographer Claudia Grassl, and began gigging again, including invitations to perform at the artist-curated All Tomorrow's Parties Festival in 2007 and 2009.

He continued writing, but his songs became albatrosses he couldn't finish and constantly scrapped. His breakup with Grassl eventually pushed Pearson into a creative catharsis and back into the studio to record his tortured solo debut.

"Country Gentlemen was therapy," he says. "I was living above a bar in Paris and doing these Monday night country gigs, just playing tunes for my own therapy – like confession where you confess it and it absolves you of your sins. I was being as brutally honest as I could and seeing the transformative effect the songs were having on some of these guys. These real men, these strong tough guys, were coming to my shows and just weeping.

"It made me rethink my aesthetic, that maybe it was worth giving up my personal space to commit them to tape because this was important, this was doing some real good. Recording them was so taxing emotionally. We'd do a take and then just weep for 30 minutes, like a goddamn baby."

Watching Pearson perform them at Sam's Town Point in far South Austin or last month during South by Southwest proved an excruciating experience, audiences playing witness to a man standing onstage stripped and exposed as he tourniquets bleeding pain and regret. There's no absolution in his confession, no sanctuary in the bitter bite of his trembling tenor.

Happily, perhaps, he's begun cutting that material with a newfound levity, his wry humor derailing the tension in an often admittedly awkward fashion. Straight Hits emphasizes a turning, its compositions juxtaposing the heaviness of Country Gentlemen with uptempo bursts. Not that the new album doesn't present its own uniquely Pearson point-of-view.

The first half rips with proto-psych roots energy, like a hillbilly Moby Grape, while the backside plays as if a Roy Orbison record were left to warp in the sun. The change lies in the affirmation, in Pearson having fun with the songs in a way he hasn't before. It's a new outlook as much in his life as his music.

"I still think everyday about getting on to the other side," he says soberly. "But I really tried to put myself on a different path five years ago, choosing life and things that weren't self-destructive. It's good to stay busy, and I eat healthy and try to exercise, take care of myself. Choosing things that spread life."

Josh T. Pearson heads abroad this week, then joins Erika Wennerstrom on a West Coast tour at the end of the month, and returns to Europe in May and June.

A version of this article appeared in print on April 13, 2018 with the headline: Airplay With the Lord 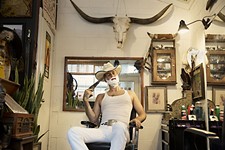 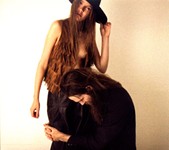