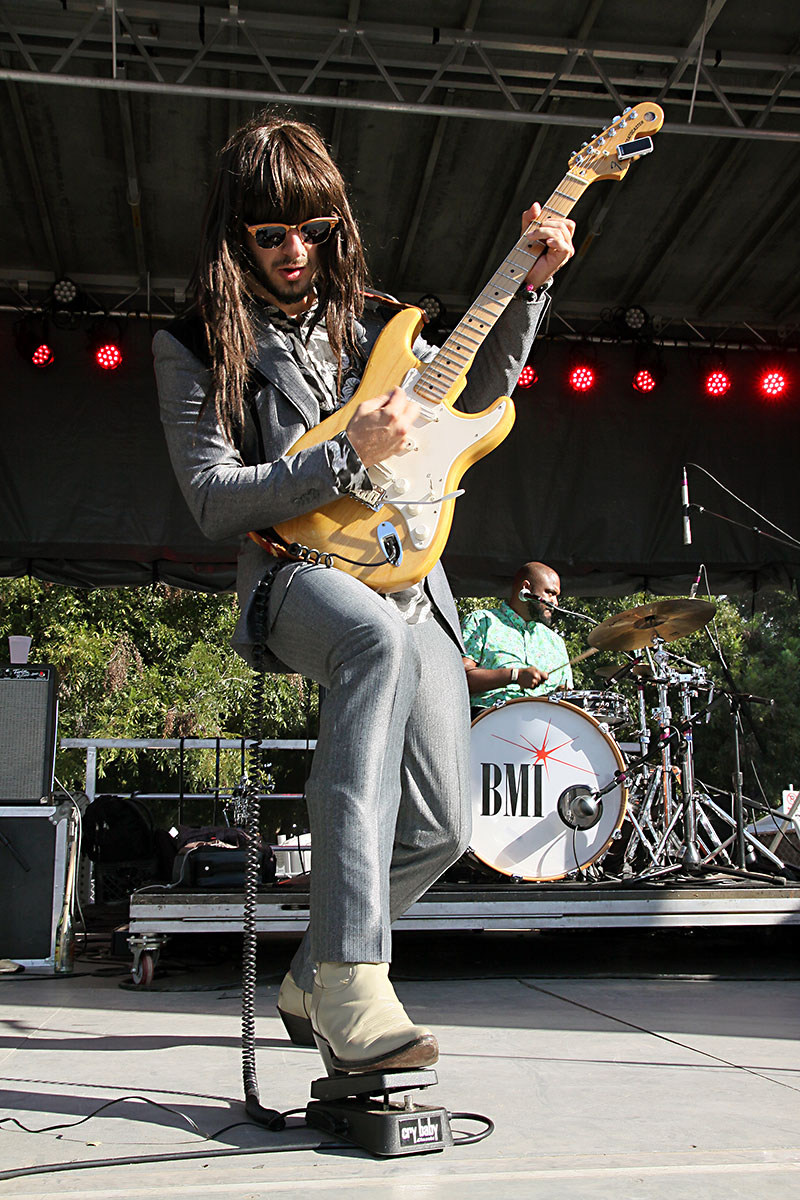 One of the practical functions of South by Southwest is that by attracting bands from around the globe, the greater music industry then follows to investigate. Erect a creative hub and witness the Field of Dreams maxim take effect: "If you build it, they will come." In this case, "they" represents the latter half of the phrase "music business."

And make no mistake, from newly minted indie groups to platinum pop trios, every act seeks some sort of professional help – booking, management, legal representation – all sides of which hold meetings during SXSW.

As such, the entity catching the biggest local buzz during this month's mega media conference wasn't a homegrown teen rap group or a budding Latin pop starlet, but an old 80-year-old institution long at the heart of the music business. Performance rights organization BMI is being courted by state and local music leaders to open an office in Austin. A national source with direct knowledge of the situation confirmed Tuesday that conversations are taking place.

Asked for comment, BMI's Liz Fischer, vice president of corporate communications & marketing, offered, "We've always loved the Austin community, both from a songwriting perspective and from the perspective of the bars and restaurants who license our songwriters' music. We hope that relationship continues long into the future."

Broadcast Music Inc. remains one of the three major performance rights organizations (PROs) that collect licensing fees for songwriters and publishers. When an artist's song is broadcast for anything other than private use, they're owed a royalty. PROs not only collect that fee, they bill bars and venues where their clients' material is covered onstage or employed as house music. BMI represents over 800,000 songwriters and currently fields offices in Los Angeles, Nashville, Miami, Puerto Rico, London, and Atlanta.

While the organization employs no local representative, BMI maintains a long history in Austin. Its Nashville creative vice president, Jody Williams, as well as retired national VP of writer-publisher relations Roger Sovine, have championed local songwriters since the Seventies. In the late Eighties, the establishment of SXSW boasted as its first major sponsor BMI, which stocks a branded stage annually at ACL Fest since 2003.

SXSW also highlights Austin's bedrock discrepancy: world-renowned repute as a live music capital but little to no business infrastructure save for C3 Presents, owned by industry giant Live Nation. Performance rights organizations, along with the publishers they represent, embody a foundational infrastructure the Lone Star seat of government lacks. Landing a BMI office could put Austin on another musical map altogether.

"It would be an important step in the maturation of Austin's music business to have a permanently staffed BMI office in town that can cultivate, mentor, and promote the talent we have here," said Casey Monahan, who worked closely with BMI for decades as the founding director of the Texas Music Office.

Austin's Monte Warden, who counts 409 songs in the BMI catalog including George Strait hit "Desperately," credits Sovine as a crucial mentor in his career. After an audition at the Nashville BMI office in 1985, Sovine saw the 18-year-old's potential and instructed him to write about what he knew and return with a great song. Warden came back with future Wagoneers battle cry "Stout and High." Impressed, Sovine told publishers to go see Warden and, nine months later, he had a publishing deal.

"If BMI set up shop here, it wouldn't necessarily be an infusion of cash, but an infusion of opportunity," says Warden. "There's a good chance it will not only draw publishers here, but the other PROs like ASCAP and SESAC may not be far behind."

A Requiem for Draylen Mason

Youth began leading the United States at distinct points throughout the last century, culminating with finally protesting the Vietnam war to a halt. Currently – brilliantly – they're driving national debate on gun control. Musically, the demographic obviously acts as pied piper to every industry trend of note. That potential and promise emanated loud and clear from the North Door P.A. last Sunday during Golden Hornet's Young Composer Concert. The annual event, hosted by all-star mentors Graham Reynolds and Peter Stopschinski, featured works from nine adolescent performers as interpreted by the over-21 Tetractys ensemble. The complexity and proficiency of the budding tunesmiths' pieces proved impressive, but their originality and integrity reinforced how much soul can be possessed by a young artist.

At the same concert last year, featured composer Draylen Mason arrived as an already accomplished musician. East Austin's 17-year-old double bass prodigy would've opened his mailbox this month to find an acceptance letter to Ohio's highly selective Oberlin Conservatory of Music after already being invited to study at UT's Butler School of Music and the University of North Texas. Tragically, he was killed March 12 by an exploding package planted on his family's front porch.

YCC's March 25 presentation was thus dedicated in his honor.

"Draylen brought so much positive energy, talent, and skill," Reynolds told the audience, which included members of Mason's family, while a picture of the young man projected over the stage. "He was exciting to work with, fun, and I felt like I'd be hiring him for gigs in a few years."

Draylen Mason then addressed a full house though his music.

Tetractys closed the concert by bringing to life his composition "Hellfire." An uptempo, carnival-like piece dynamically composed for strings, woodwinds, piano, and drums, it thrillingly juggled the happiness and malevolence of the world. Attendees wiped away tears not only because it proved the show's most moving piece, but because it served as a stark but life-affirming reminder of what youth imbues every community.

Bronze Roky: James Traeger, drummer for psychedelic R&B band Night Beats, launched a crowdfunding effort last week to have a statue of Roky Erickson created and displayed in Austin. It took only four days to fund the initial $1,500 to pay for mock-up sketches from sculptor Paula Slater. After Traeger gets approval from the city, another $127,500 will be needed to complete the life-size representation of a 13th Floor Elevators-era Erickson. No indication yet of where it would be placed, but Third and Congress, where the original Vulcan Gas Company stood – one of the birthplaces of psychedelic music and a venue frequented by the singer and his initial bandmates – would make one obvious candidate.

Monks, the pop-up jazzhead haven bopping around East Austin for the past two years, takes over Radio Milk Recording Co. on Saturday. The new recording and event space operated by James Petralli made its debut during SXSW when the frontman christened the space with a set from White Denim. Austin Music Hall of Fame trumpeter Ephraim Owens leads a quartet there, featuring talented Monks ringleader Collin Shook on keys, through two sets, 7 & 9pm, at 2300 Coronado.

After a Fashion
Austin style avatar Stephen puts his most certainly Queer Eye on a local band, gives them an up-do for the festival, and gets away with it… Plus, where's he going tomorrow and upon whom did he spy at the Mark Mothersbaugh art show?