From up-and-comers to rap royalty, 20 key sets to see 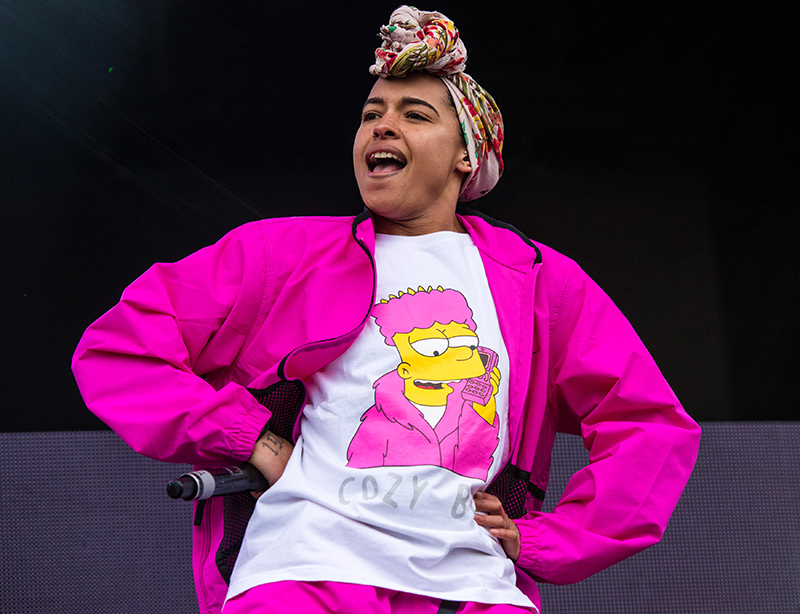 A member of Chicago's Savemoney crew, which includes Chance the Rapper, Vic Mensa, and Saba, Joey Davis fits the bill with nimble flow and heady wordplay. On 2016's iiiDrops, he spits filthy swagger via "Girls @," politically charged monologues on "Cornerstore," and apathetic realism on "Moneys & Bitches."

Nicholas James Williams reached over-the-top decadence on Billboard Hot 100 single "All Gold Everything." Before the Trinidad rapper could capitalize with a Def Jam debut, he was dropped from the label, wherein he started Gold Gang Records and released eight mixtapes including 2017's Father Figga.

Amidst a hellish soundscape of jagged synths, eerie ambience, and scattered beats on his 2017 debut Daymares, Sam Ahmed oscillates between longing croons, aggressive shots, and desperate pleas – all crystallized from his hometown Milwaukee.

Jazz pianist Robert Glasper, rapper Common, and jazz drummer Karriem Riggins join forces in the hip-hop supergroup August Greene. Including a performance at the White House for an NPR Tiny Desk Concert, they cover Sounds of Blackness' "Optimistic" on an eponymous bow.

Giving the middle finger to femcee stereotypes on "Tomboy," Destiny Nicole Frasqueri raps aggressively contemplative on debut LP 1992 Deluxe (2017). Whether waxing on her hometown ("ABCs of New York") or exploring her Taíno and Yoruban culture ("Brujas"), the 25-year-old breakout aims for the jugular.

Tinashe Jorgensen Kachingwe offers pop with decidedly urban production on singles "All Hands on Deck," "Faded Love," and the Schoolboy Q and DJ Mustard assisted "2 On." The Kentucky native leans on slinky hip-hop production and R&B on key mixtapes Aquarius and Amethyst.

Food obsession, Ghostface Killah comparisons, and a penchant for vulgarity make Ariyan Arslani's music as tasty as it is distasteful. For every cinematic comedy of "The Don's Cheek" on Blue Chips 2, there's the tone-deaf, misogynistic "72 Virgins" on Saaab Stories. The Queens native goes from raunchy to vulnerable in the drop of a punch line.

The original lineup of Dan the Automator, Kool Keith, and DJ Qbert dropped space rap utopia "Octagon Octagon" and the alien hijack "Area 54" from the forthcoming Moosebumps: An Exploration Into Modern Day Horripilation, their first album in over 20 years.

Brooklyn's Shanthony Exum throws the middle finger to the patriarchy under grimy synths and oscillating beats. She goes from celebrating women of all shapes and sizes in banger "Thunder Thighs" to turning the male gaze on its head on "Fuccboi Salute," and giving instruction on masturbatory ode "Hump Day" from last year's Feminasty.

A version of this article appeared in print on March 16, 2018 with the headline: Hip-Hop Hierarchy