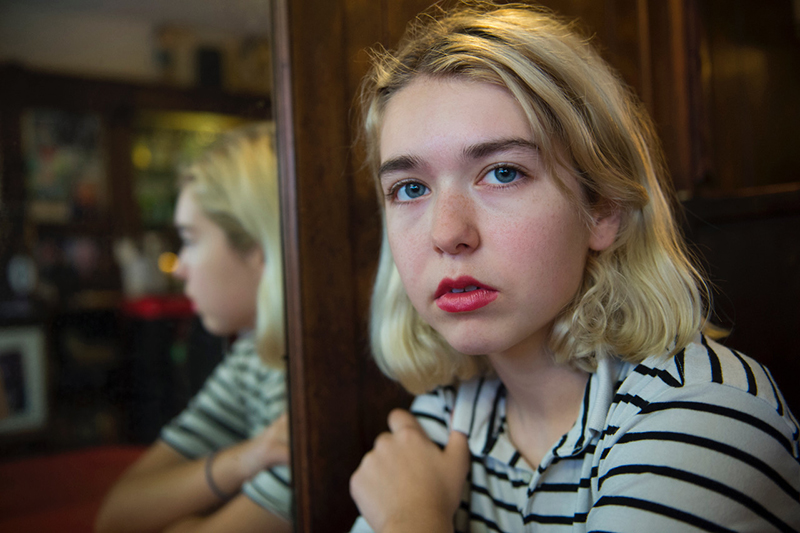 Last SXSW went a little too well for Lindsey Jordan. After performing her drowsy, guitar-driven debut EP Habit at the weeklong talent sniff, the Baltimore native found herself naively navigating an ambush of potential contracts, labels, and management. All this while finishing up her senior year of high school.

The indie rock wiz has since signed with Matador Records and finished up her first full-length as Snail Mail. The 18-year-old says those industry growing pains directed the album’s more pronounced take on her earnestly diaristic, minimalist melodies.

“I’ve gotten to know myself and sort of had to be a fake adult doing all this stuff,” admits Jordan. “Habit was really confused, scared, insecure, and dramatic. The new one is more self-assured, direct, honest, and specific.”

“I didn’t write anything because I was so cramped in this nasty apartment,” recalls Jordan. “I had never made my own doctor’s appointment. I didn’t have forks or anything. I write the best at home in Baltimore. My parents work, so it’s nice to have this suburban house empty all the time.”

“I still have a million options and steps in my life,” says Jordan. “I like being young, because I can figure out if this is what I want to be doing or not. It’s important to know that there’s other stuff. It’s not all about riding the hype wave.”

A version of this article appeared in print on March 16, 2018 with the headline: Snail Mail