Dominican singer born Erickson Fernández never had a plan B 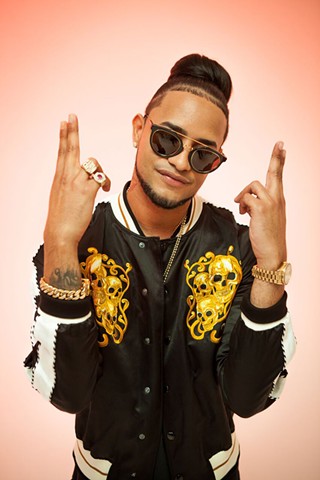 Dominican singer Mozart La Para never had a plan B.

“I always visualized it. It was my biggest dream and now it’s a reality,” he types in Spanish after muffled phone hookups.

Born Erickson Fernández, the reggaeton singer/rapper branded himself at age 12 after composer Wolfgang Amadeus Mozart, who got his start at the same age. He grew out of the “underground” hip-hop movement in the Dominican Republic, freestyling his way to the top until landing in the Batalla de los Gallos, an MC competition sponsored by Red Bull that garnered him national praise.

“In that moment, people saw the hip-hop movement differently,” he said. “There wasn’t as much support as there is today.”

“When I’m in the studio and I hear the music, I get inspired and I start creating without writing,” he writes.

A knack for spoken word landed Fernández the first spot in the Latin division of Jay-Z’s label Roc Nation. Frequent collaborations with other Latin trap heavyweights like Farruko (“Papi Champú”), DJ Luian (“Chikiribón” with Arcángel), and Shelow Shaq (“Tu Maldita Madre”) fill up his downtime while he queues his next projects.

“Right now, I’m working on what’s going to be my new promotional single and album,” he concludes. “After that is a lot of work, a lot of success, and preparing for greatness!”

A version of this article appeared in print on March 16, 2018 with the headline: Mozart La Para