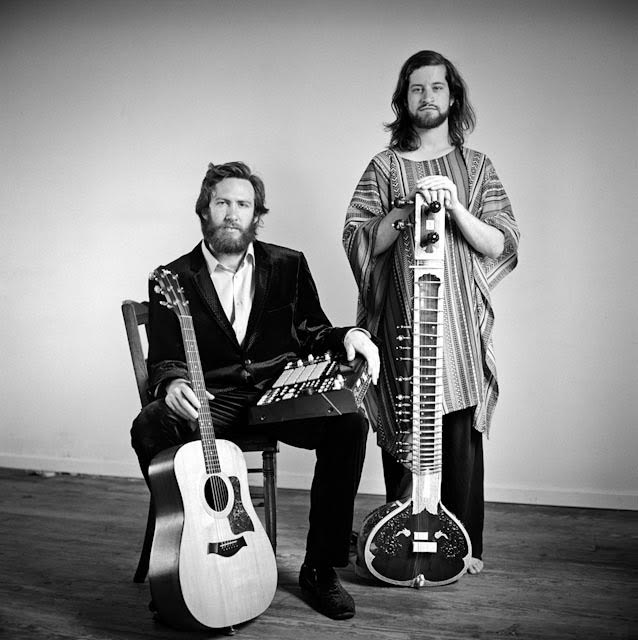 Tyler Randall’s sitar can’t help but serve as focal point for Dawg Yawp. It functions as the divining rod for the Cincinnati-bred electronic folk duo’s singularity. Randall and fellow multi-instrumentalist Rob Keenan toy with transcendence on the strength of their earthy, evocative songwriting and warm vocal harmonies, but it’s the sitar that elevates “Can’t Think” from uplifting interlude to epic earworm.

Randall and Keenan started Dawg Yawp in 2015, some nine years after they met at a high school choral concert. The two musically minded friends ultimately wound up at Boston’s Berklee College of Music, a formative experience even though neither graduated.

“Hanging out and learning from other musicians was the best part about being at Berklee,” says Randall. “Most of the lessons that stuck were from situations like that. We both left for similar reasons. Figuring out what we wanted to say with music was difficult to do while in class.”

Dawg Yawp’s 2016 self-titled debut reveals a solid return on all that figuring. Working from carefully curated elements of folk, bluegrass, rock, electronic, and psychedelia, the duo homes in on something all their own.

“It came gradually as we experimented, listening and playing different kinds of music and sounds,” offers Randall.

Integrating sitar into American folksong rings novel in concept, but it makes perfect sense in practice. Whether by design or inference, the confluence of contrasting string traditions gives extra emotional heft to the duo’s take on the Stanley Brothers’ “East Virginia Blues.” And, after multiple stops in other locales, the duo now seems firmly re-ensconced in their Queen City home base.

“There’s a lot of music happening in Cincinnati, many different styles,” asserts Randall. “And the artists generally cheer each other on. We feel very free to make whatever we like here. If you make something good, people here support you.”

A version of this article appeared in print on March 16, 2018 with the headline: Dawg Yawp