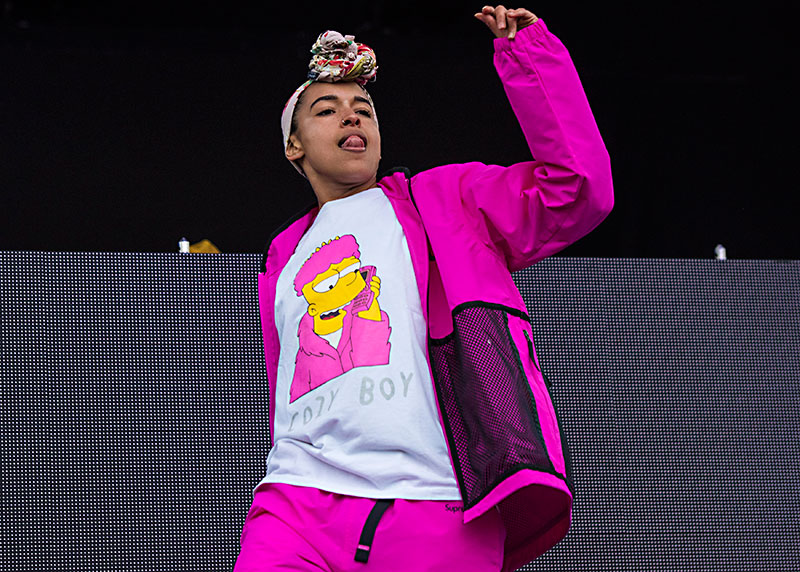 South by Southwest remains the only time of the year you'll see a rapper perform on the yuppie enclave of Rainey Street.

That facepalm-worthy cypher notwithstanding, and despite the fact that this year's rap lineup isn't as superstar as the last three years, hip-hop persists as the most interesting genre and deepest source of big names at SXSW 2018.

Of particular interest is the MC pairing of locals Zeale and Phranchyze with native guitar hero Gary Clark Jr., collectively known as Blackillac, who are scheduled to throw down at the Chronicle's Hair of the 3-Legged Dog day party Friday at Hotel Vegas.

"When I was growing up, there was always one genre of hip-hop that was popular at a time," explains Jared "Confucius Jones" Williams, co-host of KUTX 98.9 hip-hop specialty show The Breaks, which hosts a homegrown SX showcase on Friday at Karma Lounge. "Now it's all popular. You have trap, you have intellectual rap, you have grunge rap – all different aspects of rap popular at one time. On my show, I can play Lil Uzi Vert, then 21 Savage, then Meek Mill, then Kanye, then Abhi the Nomad. And it works!

"South by Southwest reflects that, how prevalent all the genres are. I think that's why hip-hop is so dominant." 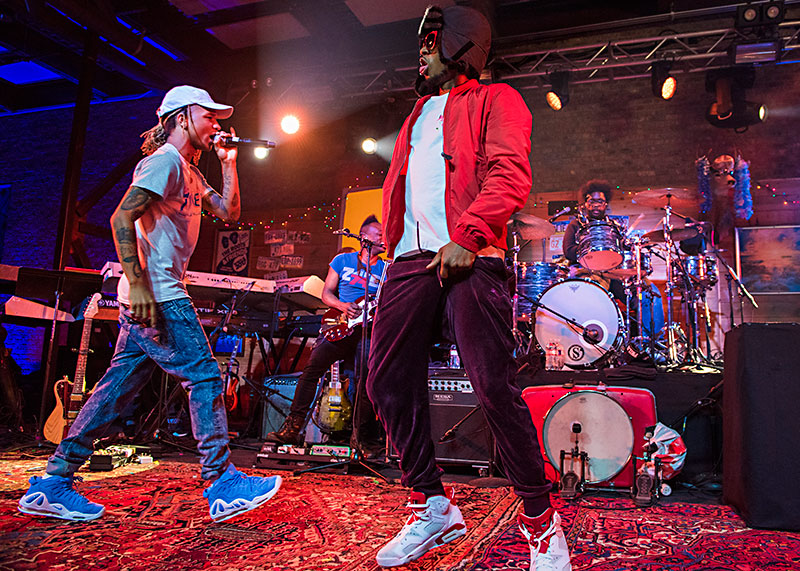 Rae Sremmurd guesting with the Roots at SXSW 2017

Indeed, SXSW acts as a mirror to a modern music industry, where rap commands the charts. Hip-hop-oriented discs accounted for over half of the Top 100 entries on last week's Billboard albums chart. By comparison, rock only notched a dozen and several were reissues of classics. Migos is the new Tom Petty, Atlanta is the new Seattle, Rae Sremmurd are the "Black Beatles."

"Its definitely a reflection of music industry and consumer trends," attests SXSW hip-hop booker Brian Hobbs as to why the genre, which represents roughly 20% of the Festival's overall bookings, generates such outsize intrigue. "You can listen to Top 40 radio and hear hip-hop influencing almost every song."

Rap's continued ascendancy at SXSW, which began in the Nineties as onetime conference liaison Matt Sonzala documented in a piece for Medium last week, comes at a moment when black messages are crossing over to white audiences like never before. Jordan Peele's box office hit Get Out, a manifesto on contemporary racism disguised as a horror flick, made history at this month's Oscars as the first Best Original Screenplay written by an African-American. Meanwhile, Black Panther is shattering box office records as we speak.

Speaking of Black Panther, young Cali rappers SOB X RBE are coming into SXSW hot off the placement of their track "Paramedic!" on the film's landmark soundtrack.

Not to be confused with Black Panther, Austin's Black Pumas should be breakouts this week. The quintet, owning a refreshingly modern and musically dense take on psychedelic soul, proved nothing short of stunning in headlining a 50-act All the Friends Ball at Spider House on Sunday. Since debuting live at C-Boy's Heart & Soul six weeks ago, singer Eric Burton has transformed into a highly impassioned and entertaining frontman.

Even the most relevant artist of SXSW's onetime archetype, the sensitive singer-songwriter – distinctly Caucasian historically – is African-American. Twenty-year-old El Pasoan Khalid earned five Grammy nominations for his 2017 album American Teen. That record holds at No. 15 on Billboard more than a year after its release, positioning him as a major draw at SXSW this week.

Also arriving here with major interest is Willow Smith, daughter of Will and Jada, who makes a particularly artsy and free-floating brand of R&B. She'll be at the Belmont on Thursday headlining the Women Represent showcase, featuring 14 acts including Rapsody, Kamaiyah, and Kodie Shane. SXSW bookers revealed to "Playback" that an all-female artist showcase was something that had a lot of interest among participants this year.

Believe it or not, this isn't all to say there's no room for white dudes with guitars at SXSW.

As a matter of fact, a couple of told Austin heroes are set to have big years. Roky Erickson, beloved godfather of psychedelic and horror rock, gets a much-deserved headlining slot on the free outdoor stage at Auditorium Shores on Saturday. He appears as part of a new Austin Music Awards showcase that also features recent honorees Shinyribs (Band of the Year and Album of the Year), A Giant Dog (Best Rock), Night Drive (Best Electronic), and Selena celebrants Bidi Bidi Banda (Best Cover Band). If an AMA night at SXSW becomes annual, that raises the stakes for the Chronicle's annual Austin Music Poll.

One more thing regarding hip-hop at SXSW 2018. Early on, Florida rap heavyweight Rick Ross seemed a likely candidate to appear at the Festival to generate hype for his forthcoming 10th album, Port of Miami 2. Then, on the first of the month, he was hospitalized after being found unconscious and TMZ reported he was on life support.

He's now out, so if he surprised the world with a triumphant appearance at SXSW, that would be a boss-level PR move.