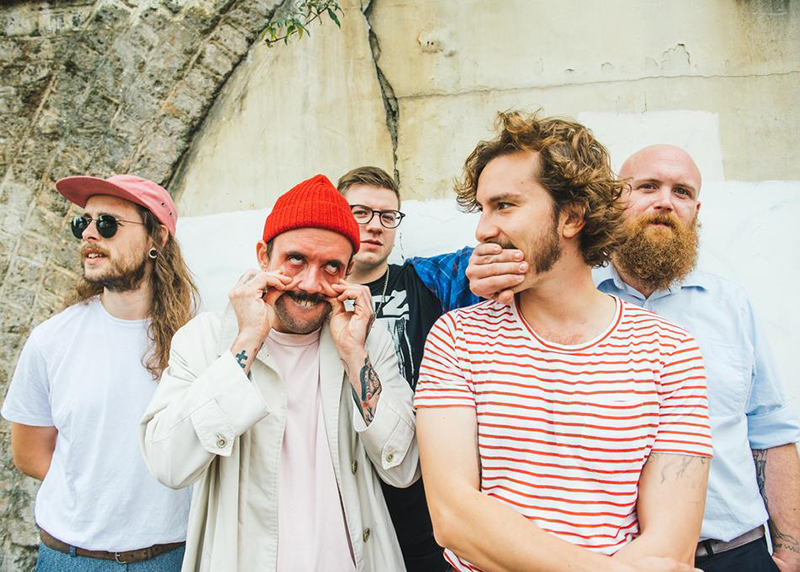 Going by the self-titled debut cassette this D.C.-based, mixed-race/-gender quartet issued in 2016, Bad Moves have spent a lifetime absorbing lessons by the Pixies and Superchunk. "Shitty Tomorrow" and "The Verge" bristle with power-pop and New Wave hooks flying from oblique angles, creating a modern, melodic punk with an art-school mind.

Media has tossed the garland "post-punk" around the necks of these Bristol barbarians because they share a hometown with the arty end of foundational punks the Pop Group. A sustained burst of verbal and musical bile characterizes Idles' debut LP Brutalism, the angriest British outburst this side of Sleaford Mods.

Broncho stormed out of Norman, Okla., with 2011's Can't Get Past the Lips, 10 sticks of roughneck-yet-melodic pop that suggested a crude midsouth Buzzcocks with a few Dick Dale records hidden behind their second-hand Crate amps. Now two years on from third LP Double Vanity, the guitars still have plenty of grit and the songs are as urgent, but a not-unwelcome, creeping slickness rings more New Wave.

There used to be an all-girl British band called We've Got a Fuzzbox and We're Gonna Use It. These trash-rockin' Brooklyn feminists should turn that into an album title. Their raucous crunch-pop on 2017's You're Next EP sounds like a pissed-off Go-Go's following a night of bad sex and worse drugs.

"We have no allegiance to 'punk' or 'garage rock' or anything like that," Cowboys vocalist Keith Harman told Noisey in 2016. "We're just trying to have fun and write good songs. And good songs come in all shapes and sizes." For these Bloomington, Ind., rough-housers, that means a certain cheap-beer-hangover belligerence blasted through broken amps.

A version of this article appeared in print on March 16, 2018 with the headline: Pivotal Punk