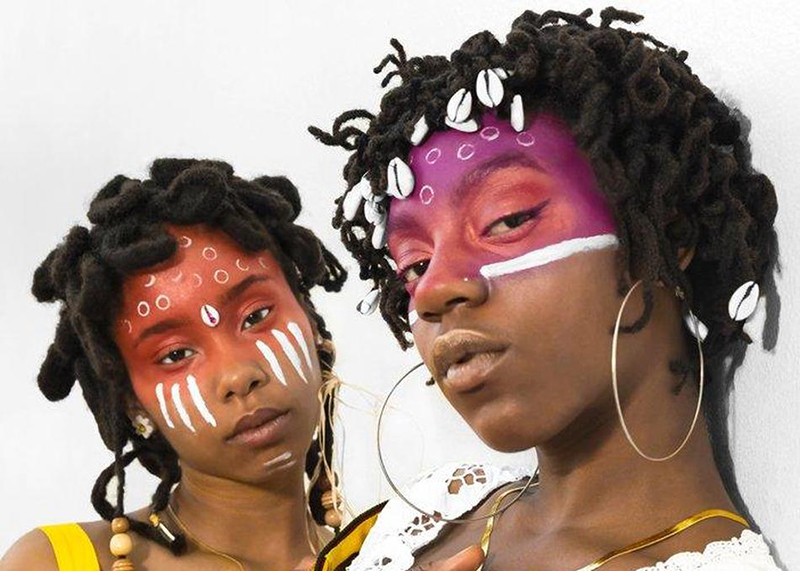 A deeply soulful singer-guitarist who's collaborated with the Roots and RJD2, Philly native Son Little's modern take on blues and soul offers subtle electronic inflections and a nod to hip-hop in both timing and lyricism. 2017 sophomore LP New Magic flexed and fleshed.

The term Afro-futurist gets bandied about a lot these days, but this pair of recent NYU grads looks like they just walked off the set of Black Panther. Niambi Sala and Thandiwe pay homage to the Yoruba water goddess as Oshun, mesmerizing a blend of soulful spiritualism and sharp rhymes. Forthcoming debut Bittersweet cruises the cosmos.

When your given name is Veto Lamar Money a stage handle seems unnecessary, but the St. Louis singer gets a pass with off-kilter vocals and scatting lo-fi beats. Recent LP Hopeless and Romanticizing emanates the same weirdo jazz aesthetic as Madlib's Quasimoto project.

Like jazz legend Bobby McFerrin, his daughter does much more with her voice than sing despite a beautiful, breathy tone. The budding singer-songwriter builds lush backing tracks with seemingly endless layers of her hums, oohs, and coos transformed by looping percussion. Madison continues building her catalog with a recent three-song EP Finding Foundations Vol. II.

Foolish to predict stardom after only a six-song EP and zero national profile, but if James David Treadwell can bottle the infectious hand-clapping romp that is "Testify," go ahead. The Jersey-to-L.A. singer channels Pharrell and Bruno Mars with upbeat pop-soul. The Black Gospel Vol. 1 EP debuts his church roots.

Louisiana-bred soul man Durand Jones linked up with the Indications at Indiana University and recorded their stellar debut LP in a Bloomington basement on a shoestring budget. This is gritty Southern soul with punchy horns and dirty fatback drums, a signature act on Ohio's Colemine Records, a worthy Daptone clone.

Spotify certainly amplified Nashville's R.Lum.R. (pronounced R-Lamar) with prime placement on playlists and even making his face the cover on its popular Alt R&B jukebox for six months. Classically trained guitarist Reggie Williams earns it with synth-laden love songs and a piercing falsetto.

Last soul man standing, North Carolina native Lee Fields first cut a cover of James Brown's "Bewildered" in 1969 and only followed it with a deeply soulful full-length a decade later. He proudly rocked a Jheri curl on several Nineties releases before throwing in with the young Brooklyn hipsters that helped vault Sharon Jones and Charles Bradley to stardom for a late-career run still going strong.

Spiritual descendant of Erykah Badu, 23-year-old Dallas singer Mecca Tauheedah cooks up an intoxicating blend she calls "galactic hip-hop soul." The candy-painted singer unleashes the divine feminine on her 2017 Fruittape EP: "She walks in the darkness/ Her aura is shining/ It smells like God's incense/ Bring blessings."

A version of this article appeared in print on March 16, 2018 with the headline: Future R&B/Old Soul