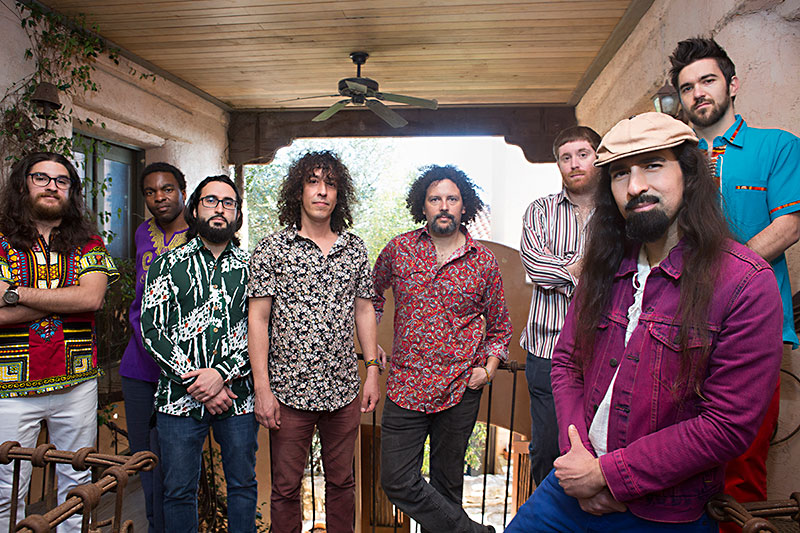 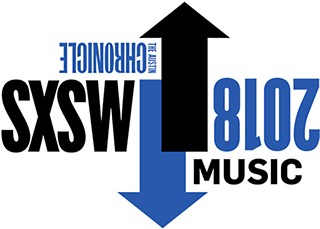 "I always wanted to put together a Latin thing," explains the ringleader bassist for Afro-Colombian funk crew Superfónicos, one Nico Sanchez, Dallas-born via parents from Bogotá. "You grow up with empanadas, arepas, and ajiaco – all the food. From very early on that was something I latched onto. Okay, 'Somos Colombianos.'

"I didn't ever fully identify with the people at school. All the rockeros were into Pantera, and I was like, 'I like what my parents are listening to.' They'd always have cumbia, salsa, and reggae playing."

Idea fermenting for years, the band was born amidst a spirited 2014 World Cup run by la patria. Fútbol nationalism in the air, Sanchez enlisted his brother Daniel on drums, and Erick Bohorquez (from Houston with Bogotá roots) and Medellín native Andres Villegas, both on guitar. Singer Jaime Ospina landed in town from Bogotá two years later.

"I got to Austin at 9am after traveling the whole night," recalls Ospina. "I took a long nap and the first thing I do when I wake up is text Andres. In one minute, he was calling me and that's the first time we ever talked by phone. By 6pm, I was meeting all of these Colombians and rehearsing with a Colombian roots band."

Superfónicos tinkers with a progressive mix of funk, Afro-beat, cumbia, merengue y más in a mash-up reminiscent of Chico Mann and the Adrian Quesada-led Ocote Soul Sounds. Ospina plays the gaita, a traditional Colombian flute that juxtaposes with saxophone and swirling guitar licks. The group's recorded a handful of tracks each with Quesada and Beto Martinez, veterans of local Latin powerhouses Grupo Fantasma and Brownout. The music connects disparate dots of diasporic music across the Americas.

"African-American and Afro-Colombian music is way more connected than most people understand," Ospina says. "When African culture was brought to the Americas in such a violent way it was like a jarrón, a big beautiful vase. Europeans brought it from Africa and just smashed the whole thing into pieces. You can put it back together, but it's never exactly the same."