Playback: A Nomad in Austin 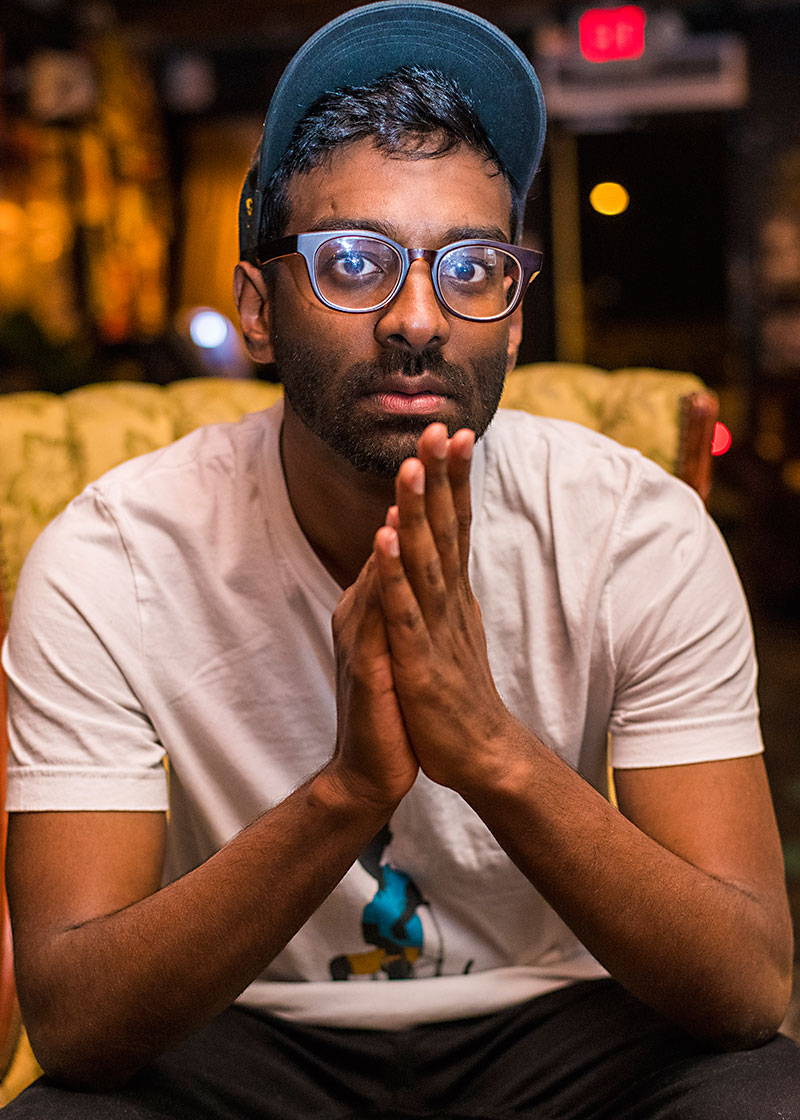 "Nothing's been consistent in my life except my family and my music," reveals Abhi Sridharan Vaidehi, the 23-year-old rapper/singer better known as Abhi the Nomad. "Music's been the only thing I can rely on because I never know where I'm gonna be."

The son of an Indian diplomat, Vaidehi grew up in a whirlwind of state-sponsored emigration, largely growing up in China, India, and the Fiji islands, before attending college in Southern California. Much of his last year was spent in Lille, France, prior to copping a new student visa and moving to Austin in August.

"There's a whole culture of young people out there in the same situation," he explains in a voice betraying no detectable accent. "They call them 'third-culture kids,' born in their home country, but living that expatriate life where they're in other nations most of their lives. There's pain in leaving places where you built ties, but then you numb yourself to that and become really good at adapting."

The most remarkable facet of his own cultural adaptation is a prowess in the American-born art form of hip-hop. Since 2014, he's released an impressive run of tracks melding witty, passionate bars with inspired pop that ultimately fall into a category with Childish Gambino and Chance the Rapper. His flow's agile and modern, but what sets ATN's material apart is his gift for writing outstanding hooks. The singer/guitarist could be selling choruses to pop stars if he so desired.

"I created my own definition of the word 'marbled,'" he explains of the 12-track set he recorded while getting sober. "Being marbled is having your stripes, your flaws, but carrying them with you, growing beyond regrets, and coming to accept that you have to move forward to become less marbled."

No rapper in Austin is getting streamed more than Abhi the Nomad. Silky single "Sex n' Drugs" already pushes an extraordinary 2.4 million plays on Spotify. Still, Vaidehi freely admits his "internet clout" doesn't change the fact that he's starting from the bottom on the local scene – a familiar feeling for a nomad.

Last Friday dropped a South by Southwest warm-up of sorts via his first Austin show, a late-night performance at Eastside lounge Dozen Street. Fifty people showed, many of whom – to the rapper's surprise – knew his lyrics. The new townie showcased disarming wit, a great voice, and charismatic stage presence, all of which covered up for a few lyrical lapses. A line from "Mama Bling," about eschewing materialism for soulfulness, captured his essence: "Tell me where the music we can feel to? Where the groove we could love, hate, cry, and relate to?"

How long the Nomad remains in Austin – and the U.S., for that matter – hinges on the Department of Homeland Security. To stay beyond his graphic design studies at Austin Community College, he needs an O-1 Visa, meaning he has to demonstrate an "extraordinary ability or achievement" in the arts. They have only to hear Marbled.

People who hang out at Whip In want flavor. They drink hoppy IPAs and sour wheat beers. They munch spicy samosas and red curries.

No surprise, then, that there was nothing bland happening onstage last Sunday night at the 1950 S. I-35 frontage road mainstay. Local percussion all-star Brannen Temple was feeling experimental, so he brought a rummage sale worth of gear that took up half the bandstand. While he alternated between an expanded drum kit and electronic sample pads, Nick Clark slid around the upright bass and Daniel Robinson blew freely on an electronic wind synthesizer, the trio bushwhacking territory between jazz and eclectic groove music to an attentive crowd.

Following a year in which the musical program at Whip In was unusually shaky and inconsistent due to in-flux ownership and management, its calendar has come together with vision in recent months. Harold McMillan, founder of multicultural nonprofit promotions entity DiverseArts and presenter of Kenny Dorham's Backyard, took over booking in November and now slots music six nights a week. He also restored the venue's dormant Outdoor Music Venue permit.

McMillan describes his scope of programming as "international soul music," a purview as diverse as the menu that includes Brazilian and Colombian styles, Turkish jazz, Indian Romani, American blues, and jazz – the latter two combined by resident act BlueJazz, which turns on the mind-blowing union of guitarist Denny Freeman and drummer George Rains.

"That stage is not for 'I want to be a rock & roll star' bands," McMillan notes. "We want to have all first-call guys and girls who are excellent musicians." 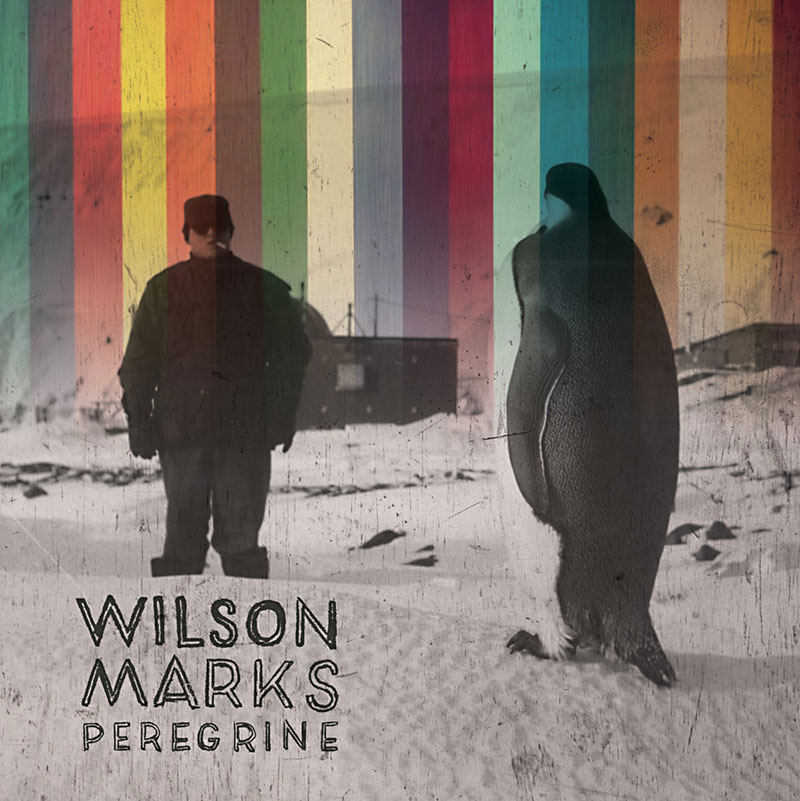 Some know Wilson Marks as an elementary school music teacher, others may regard him as a jazz jobber, but his sophomore studio album Peregrine, feted Saturday at the Cactus Cafe, proves he's a songwriter's songwriter. Playfully prodding the human condition through an idiosyncratic pop ingrained with folk and NOLA jazz instincts, the singer/guitarist/pianist tosses off tunes with that magic mixture of simplicity and gravity.

"First man who whistled musta thought he caught a bird inside his mouth and the first one to find love, he must have smiled as his north became south," sings Marks with Cat Stevens-like charm on "First and Last."

"It's basically about trying to be comfortable in your own skin," he offers of the 13-track effort that will arouse fans of Randy Newman and early Tom Waits. "There's a little about mortality and a little bit on love, too."

Another gem, "Odd Fellow's Rest," addresses both aforementioned milestones: "Your name will be forgotten as the ones who came before you, so find someone, kiss their brain, and run from those who bore you."

One definition of peregrine – "Foreign; alien; coming from abroad" – speaks to the arrival of one of Austin's finest little-known troubadours, while also conjuring images of falcons. That's funny considering the album cover depicts a giant penguin staring down a man smoking a cigarette, an image he discovered in a box of his grandfather's photography. Apparently, capturing life's strange moments runs in the family.

Blackillac, the collab between homegrown rappers Phranchyze and Zeale, with production/beats by Gary Clark Jr., debuted live last weekend in L.A. Manager Kris Krishna says to look for Blackillac at SXSW before their record drops this summer.