Playback: Listening Outside the Lines

There's an innate curiosity inside us we probably don't feed enough. Comfort of habit and repetition bamboozles our brains into forgetting that variety and exploration make us feel alive.

So it goes for our musical experiences, too. Staying in one lane is so damn easy: the same venues, same format, same scenes, same sounds. The error in that extends beyond boredom. It leads to a limited contextualization of Austin music.

With our colony expanding into a metropolis, what's occurring on the fringes – beyond the Red River clubs, honky-tonks, institutional concert spaces – has never been more galvanizing. I spent four consecutive days scratching an itch for niche in nontraditional venues listening to music outside of my strike zone. The ensuing lesson, as always: There's more out there than meets the eye. 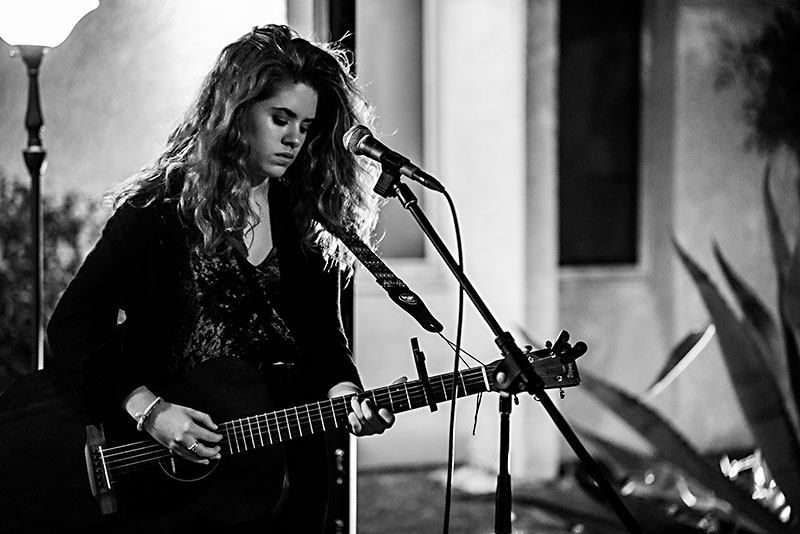 Kidding. The Microsessions model is actually fun as hell: Audiences get divided into four groups that rotate through four listening rooms where four artists play 15-minute sets – followed by a choose-your-own encore. Last Saturday's edition at Mosaic Sound Collective on the Eastside tallied 170 attendees, the monthly event's biggest night since founding in 2016.

The unusual format prompted Wiretree frontman Kevin Peroni to treat stage banter like a job interview: "We play all the normal places: Stubb's, Mohawk, Lamberts." Still, the brilliance of Microsessions is that you can tolerate a band that bores you for 15 minutes, yet it's also long enough for them to win you over as Matthew Payne, aka The River Has Many Voices, did with his sandpaper voice and Nebraska-esque songwriting.

Americana charmer Grace Pettis proved a fan favorite, garnering an overflowing bonus-time crowd. "Playback," meanwhile, stayed for a second set from Christina Cavazos, a serious songwriter at only 17, whose warm vocals, dense lyrics, and confident vulnerability position her in the class of Julien Baker. 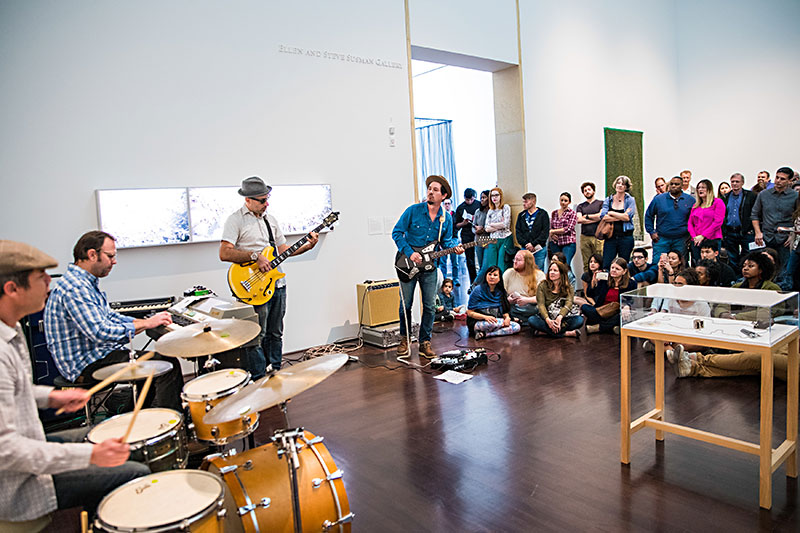 Upstairs, a sound collage of disembodied voices overlaid the island chimes on the first floor. Artist-in-residence Sarah Mendelsohn wired the museum security staff's microphones into a mixer, adding sonic filters, then rebroadcasting their narrations over loudspeakers.

A mournful trumpet blew in the distance, so I followed the sound to find Austin jazzman Jeff Lofton emoting amongst art inspired by America's uncivil rights. Above him, a neon sign spelled "We belong here."

The Blanton's triannual SoundSpace series integrates music with art in a manner both harmonious and shocking. A body, taped up in plastic sheeting, writhed around the floor before hatching to reveal Nigerian artist Akirash, who led onlookers in a spirited chant. Nearby, guitarist Adrian Quesada and collaborators presented "Concrete Jungle," a composition inspired by surrounding Latin art.

"As I learned how progressive many of the Latin countries are, it became a prog rock song," he smiled. 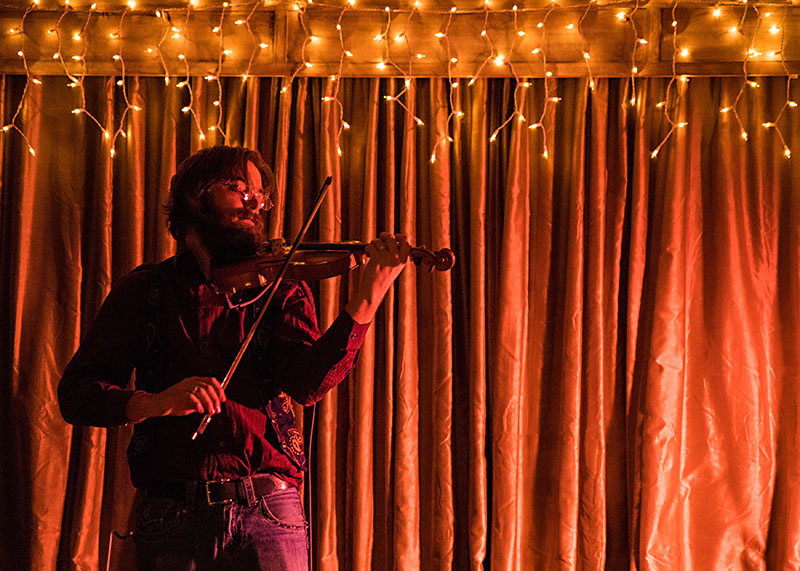 "I hope you like what's on my mind," declared Andrew Noble.

He'd entered the Volstead with his violin, mandolin, effects pedals, and no plan. The one-man orchestra then layered echoey, pitch-shifted mando loops and soaring strings that teleported his audience out of their church pews and cocktail tables into a pastoral place in his creative consciousness.

The night's most thrilling set came from experimental percussion fixture Lisa Cameron (ST 37), singer-songwriter Adam Ostrar (ex-Manishevitz), and double bass phenom Ingebrigt Håker Flaten. Seventy listeners flooded the tiny room for the talented triad, which enraptured them for a 45-minute sonic odyssey that found Cameron plucking, bowing, and remixing a ghostly variation of a gutbucket as Ostrar stun-gunned guitar strings with an electromagnet, and Håker Flaten bent space and time with long explorative solos that snapped back in heavy jazz walks. When the final note faded, the audience remained hushed until an involuntary response broke the silence. 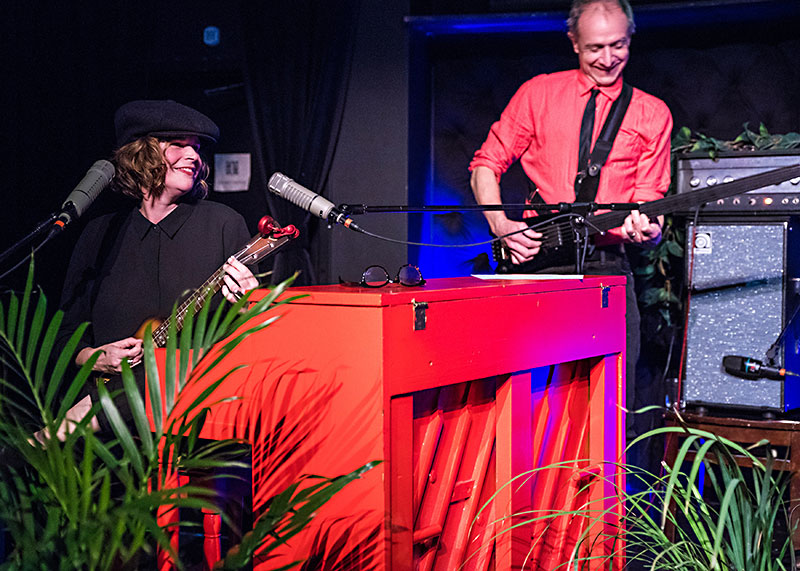 While masochists sat grinding their teeth to 45's State of the Union address, a happier congress gathered in the back of the Townsend to delight in Donut Musik. The natural question now: Is that a genre or a band? Both, in fact, given that the trio's ultra-quirky sound can only be described with baffling comparisons like Harry Nilsson beach prog or children's music for adults.

The project, which debuted last summer and maintains a kinda-sorta-weekly Tuesday residency at the Congress Avenue lounge, has an album arriving soon, which seems superfluous because all the songs are already stuck in my head. Paramount among them is the #MeToo movement anthem "Liberated Man," which showcases Spencer's biting commentary while still having fun.

A version of this article appeared in print on February 2, 2018 with the headline: Playback: An Itch for Niche
More Playback columns