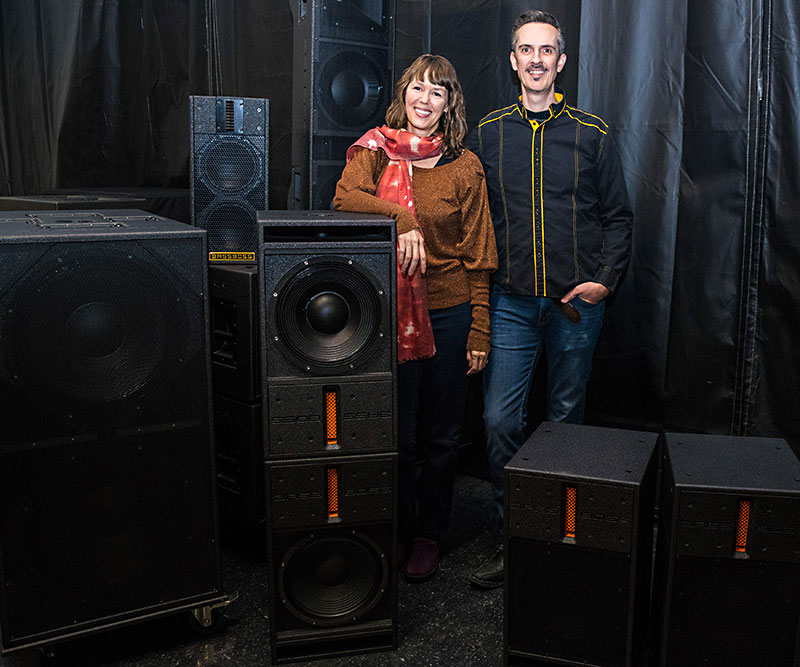 Locating Bassboss headquarters visually can prove tricky, but the building's impossible to miss by ear. Exit Highway 71 for the airport, then make a hard right on Cargo Avenue into a no man's land of shipping warehouses. The ABIA tarmac sits right outside the back door, yet only inside the manufacturer's cavernous showroom does it sound like an airplane just took off.

"Better turn down the sensitivity on your recorder," warns CEO Lian Amber, who handles most of the operations at Bassboss.

After founder David Lee documents his journey from Eighties goth teen in Houston to loudspeaker expert, they prep a demonstration. A makeshift listening area eschews the usual mahogany-scented audiophile den or Ferrari showroom with spotless floors and custom lighting. It lays out more like the back garage at a mechanic shop.

The output is massive – unbelievably loud – but not at the expense of conversation on the dance floor, which Bassboss accomplishes by zeroing in on frequencies associated with speech recognition.

Disassembled speakers line the room. There's a couch for lounging and two vintage armchairs serving as captain seats. All three point at a pair of DV12 Powered Micromains in Darth Vader black with an orange-striped grill, plus two nondescript SSP218 subwoofers.

When Lee cues up a contemporary EDM track and the tectonic bass drops, everything begins vibrating. Remember the iconic Maxell cassette ad with a man in a suit and sunglasses sitting in front of a speaker? This Bassboss system is powerful enough to send hair flying backward, blow the tie off your chest, and knock a martini from the side table.

Lee entered the world of professional sound through a part-time job at a stereo shop. During weekend clubland excursions, he'd walk away frustrated by the contrast between pristine sonics at the shop and subpar sound in venues. After installing a system for a Houston nightclub, he began a self-guided study in audio engineering and founded the company in 1999 as Bassmaxx.

"I went to college libraries and read books," he says. "I basically just did all my own research, my own experiments." 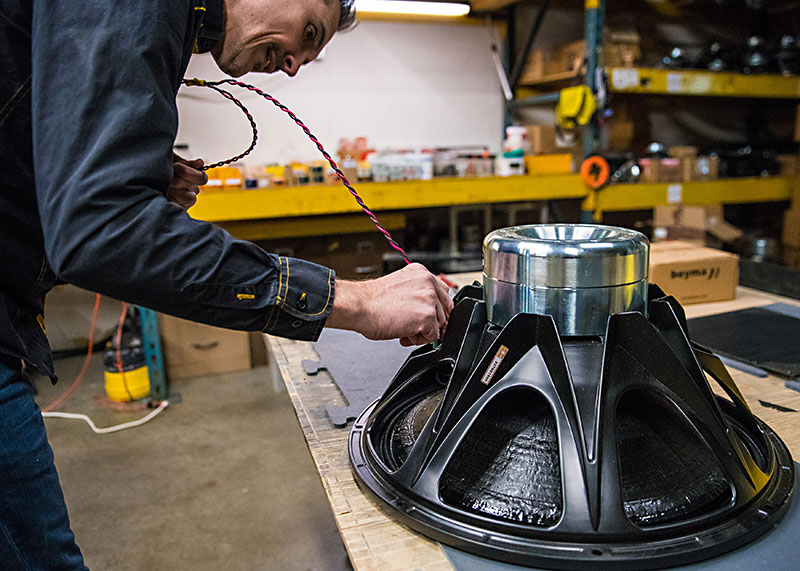 Lee speaks in manic bursts, like a scientist who's spent too much time in the lab. In this case, that's (reportedly) 14-hour days, six days a week. In true engineer fashion3, he oscillates between making his process sound simple and overly academic.

"Realistically, you sit down and think, you measure, you test. Then you think about what the failure is and how to get around it."

Bassboss hasn't yet earned the fetishized name recognition of Void or Funktion-One, but the brand's made its mark locally. In 2009, first-install Barcelona reproduced the bowel-shaking bass of early dubstep like no other, so Kingdom's marquee install followed two years later. Now, from bass enclaves like Empire Control Room to posh lounges such as POP, half of Downtown is powered by their systems – also available at Rock n Roll Rentals and LoudMouth (for a premium price). The company's grown 45% over the past year.

For starters, the output is massive – unbelievably loud – but not at the expense of conversation on the dance floor, which they accomplish by zeroing in on frequencies associated with speech recognition. Even a pair of their tiny, diamond-shaped DJ112 Powered Micromains could power a small warehouse rave while sitting on a bookshelf. Asked about speaker wattage, Lee rants about all the "toro caca" in the world of high-end audio and dismisses impressionable listeners charmed by brand names.

He raises his hands in praise and chants, "We believe."

"Watts don't matter … well, not entirely," he exclaims. "People say this has so many watts, that has so many watts. It's a measurement of how much power is used, not how much work is being done. You can have a very high-powered system that isn't very efficient. It's like having a car with 500 horsepower, but bicycle tires."

As a result, these systems aren't cheap. An entry-level pair of speakers will run over $5,000. But where some major-brand speakers require tuning for specific room conditions, Bassboss remains plug and play. Festival sound engineers often hold back the full fury of the system until the headliner for fear of blowing them, but Bassboss builds boxes to run at full volume all day and all night. Should a system fail, Lee himself answers the customer support phone line.

"We're building loud speakers that if you close your eyes, they sound like the most beautiful thing," he says.

A version of this article appeared in print on January 26, 2018 with the headline: More Bass, Better Bass