Playback: Strike Up the Bond

Can the City finally save endangered clubs? Plus J.J. Offender obit and an Austin Music Poll plug. 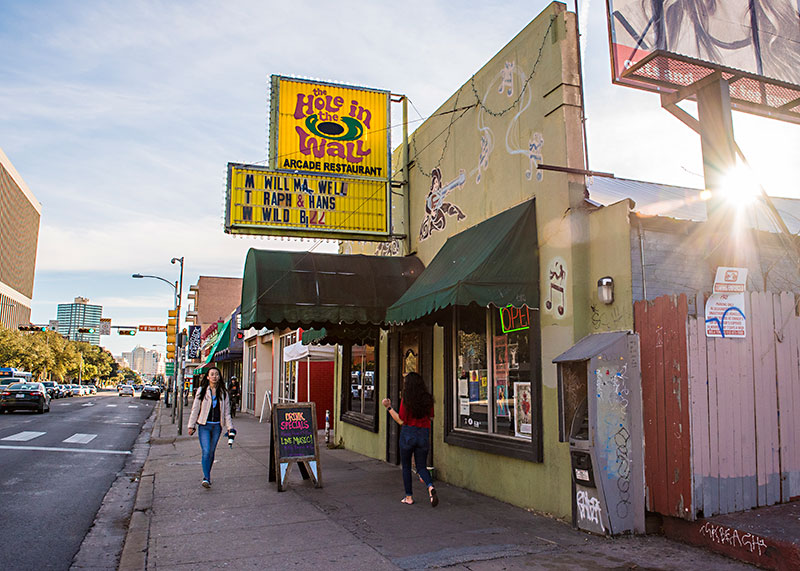 Music institutions like Hole in the Wall could benefit from mini-bond venue preservation efforts. (Photo by David Brendan Hall)

Sixteen months ago – long after announcement of the ambitious Omnibus fix-all, and long before the subsequent fumbling of venue-friendly policy – Mayor Steve Adler's office announced a scheme to preserve live music spaces threatened by vaulting rent and boundless development: a mini-bond program crowdsourcing funds to acquire a venue's land, which would then be rented back to the club at an affordable rate.

Its billing as "a creative solution for the creative class" wasn't hubris. "Playback" imagined that low-risk $500 bonds could be an attractive investment for creatively conscious citizens and perhaps even become a popular gift item: "Happy birthday, Aunt Dana, here's two shares of the Broken Spoke property." More importantly, the mini-bonds would be low hanging fruit for wealthy tech companies who need to back up their live music capital lip service with some actual capital.

Reached for comment Monday morning, Reynolds explained that the meetings have sparked several key developments, including potential utilization of restrictive covenant agreements. That means if a property owner doesn't want to sell their land outright, the mini-bond group could pay them a certain amount to hedge profitability and preserve affordable rates for the tenants. Asked about rumors that Gary Keller would be guaranteeing the bonds, Reynolds says the local real estate mogul/music enthusiast has made no such agreement, but confirmed the bonds do need to be guaranteed and it could be an individual or a group doing so.

There may be a significant amount of money needing to be backed up given that organizers are now envisioning the program as a repeatable effort. The initial announcement characterized a one-time $10 million fund, which naturally made club owners competitive over who would have their rent stabilized. Now, Reynolds reveals that there's potential for multiple $10 million rounds, meaning more venues could be preserved than first imagined.

That ought to spark an interesting debate: How should live music rooms be chosen for preservation – history, cultural impact, degree of endangerment? Reynolds says no entities are currently on a list and parties involved are developing a strategy for a selection process involving a third party.

Hole in the Wall remains an obvious candidate given its 44-year history and recent near-fatal lease negotiations. Owner Will Tanner is eager to get more details and wants to make sure the city is assuming the role of landlord, not business partner. Still, the potential for stable rent is exciting.

"It would be a huge help for us," acknowledges Tanner. "The possibility of Hole in the Wall's lease going up in three years is by far the biggest challenge we face."

J.J. Jacobson, scrappy frontman for Eighties punk aggressors the Offenders, died Jan. 4, at 52. "J.J. Offender," who had mostly lived in a South Austin homeless encampment during recent years, was found unconscious last Thursday in a parking lot by police and died shortly after, confirmed bandmate Pat Doyle. Cause of death has yet to be disclosed.

Jacobson revolutionized the Offenders when he replaced original singer Mick Buck in 1981, around the same time the formerly Clash-inspired Killeen transplants discovered D.O.A.'s Hardcore 81 and saw Black Flag at Raul's on the Drag. 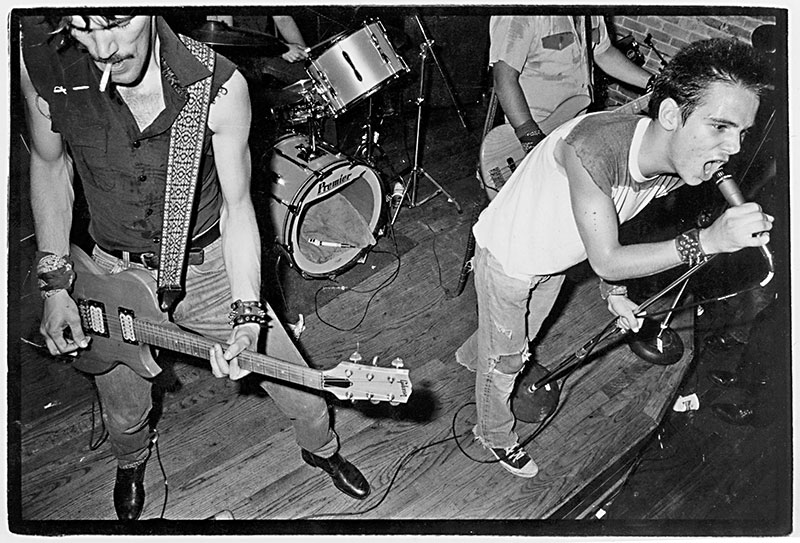 J.J. Jacobson (r) screaming with the Offenders at Esther's Pool in 1982 (Photo by Bill Daniels)

"When J.J. came in, he brought nothing but his attitude and a cool-sounding voice," remembers Doyle, the Offenders' drummer who considered Jacobson a little brother. "He made it all come together."

Center stage in a band comprised of unique and arresting characters, Jacobson looked like a juvenile street tough and boasted a rabid scream complementing the quartet's roaring brand of hardcore. The widely touring group's essential releases, 1984's "I Hate Myself" 7-inch and 1985's Endless Struggle LP, cemented the Offenders as legends of Texas punk before disbanding in 1986. In the ensuing years, Jacobson got increasingly entangled with hard drugs, petty crime, and homelessness.

"J.J. was hustling his whole life," offers Doyle. "I think he liked it. I hate to characterize it that way, but a lot of people offered him places to stay and he never stuck around long."

The Offenders reunited at Emo's in 2002 and, following the deaths of bassist Mikey Donaldson (2007) and guitarist Tony Johnson (2012), Jacobson fronted a lineup featuring Craig Merritt, Jeff Martin, and Doyle. The band was offered a national tour in 2014, but turned it down after Doyle tried in vain to get the singer an ID card. That's how off-the-grid he was.

"I really thought I'd be the first to go," Jacobson told "Playback" in 2014, regarding his departed bandmates. "I did a lot more hard living and hard partying than anyone."

Friends host a memorial for Jacobson at the Lost Well on Sunday, Jan. 21, at 2pm.

Let me tell you what a shock to the system these newfangled Austin Music Poll nominations have been: I'm currently sitting third in "Best Music Writer" voting – a category I've dominated so consistently that I lobbied to rename it the "Kevin Curtin Best Music Writer in Austin" award. The guy who fought to include nominations is now getting worked over by them.

Beyond upsetting the status quo, we added a second round of multiple-choice voting – comprised of top primary round vote-getters and consensus selections from industry experts – to prompt more diversity and better represent a wider spectrum of local music talent. So far, both goals have exceeded our expectations. This year's nominees feature more people of color, more women, and more artists of all ages than previous years, and people seem to like that.

I say that because second-round voting put up insane numbers in its first week – to the extent we can safely say that more people are making their voices heard in the Music Poll than ever before. The new ballot, closing Jan. 22, is also easier to fill out. I know because I just did it.

Someone needed to vote for Kevin Curtin.

That viral remix of Nirvana's "Smells Like Teen Spirit," re-tuning the iconic grunge single into major scale intervals, was created by Will Patterson of the Austin band Sleep Good. "Teen Sprite" garnered stories from Billboard, NME, and Esquire, and further proved the difference between grunge and Christian pop-punk is just a couple of notes.

Raw Paw's headquarters, east of town, was set ablaze in the early hours of Jan. 2. Investigators have ruled it arson, but no suspect has been named. The collective lost an incalculable cache of art, vinyl records, zines, and printing equipment during a five-day lapse in insurance coverage. Raw Paw's Chris Dock Davis described visiting the scene as "walking into a nightmare awake." (Read the full interview here.) This horror follows Raw Paw co-founder and Hikes guitarist Will Kauber leaving the collective last month amidst allegations of sexual assault.