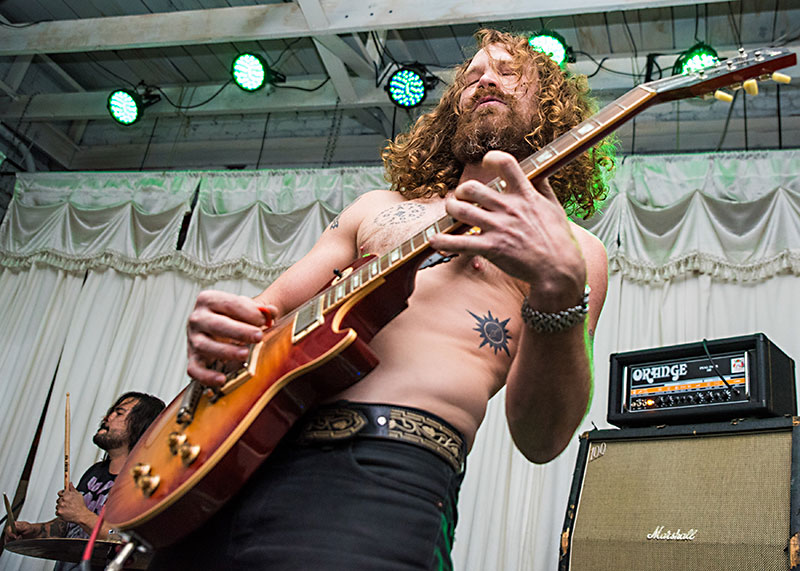 "A quick one," joked Erik Conn to an audience of 100 after Tia Carrera's second song. By then, the long-running trio had already logged 40 minutes onstage. A well-timed yelp from behind the drum kit by Conn then comprised the first and last vocal in a performance galloped forward as guitarist Jason Morales and Curt Christenson on bass conjured brisk and endless improvisational changes to metal movements set aflame in every direction to Conn's backbone rhythm.

Next, Greenbeard rocked the cold winter night with their nipples out save for drummer Buddy Hachar. The Austin trio sludged forward on distortion and dominant vocals from frontman Chance Parker, bassist Jeff Klein swaying like a proud peacock as local metalheads nodded in pleased assent. Duel followed suit by demonstrating the volume increase associated with a second guitarist.

Amplified Heat brothers Chris, Jim, and Gian Ortiz closed with high-powered jams about missing "your biscuits & gravy" and the Chupacabra blues. One woman next to the stage hyped the crowd with her dancing, eyes closed and lost in the music. Frontman Jim Ortiz leaned over and played directly to her for almost a minute, but she never saw him. That explains how locals might have missed the veteran little ol' band from Austin. 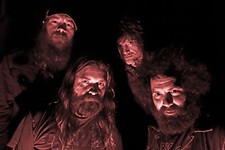