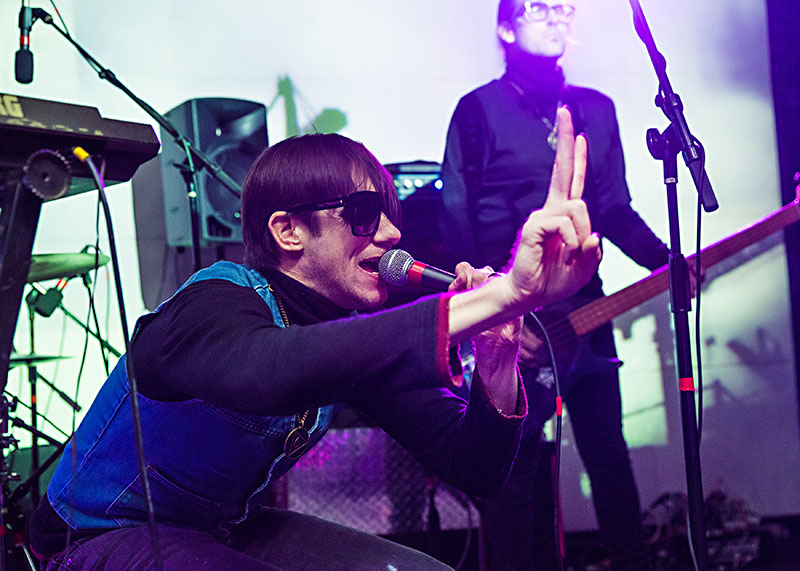 Dragging myself along snowy Downtown streets on freezing metal crutches, 2017 wanes from hours to minutes. Our pack spills into Barracuda, transformed into a psychedelic disco by hallucinogenic projections and dangly ceiling things. Lung Letters vocalist Jeremy Steen, working the door, fastens a bright yellow band on my wrist and inquires about my handicap.

The truth is, I'd fractured my ankle playing basketball five days prior, but instead I blurt out some non sequitur about Chinese buffets. He looks at me like I'm insane. That's when I realize the LSD had taken command.

Thus I close 2017 – and commence 2018: dancing with crutches in the air to the extraterrestrial funk of Golden Dawn Arkestra. The light show continues afterward at my backyard bonfire, where I'm running away from exploding mortars at 4am and professing my ankle to be magically healed. Hours later, I wake in blinding pain with a foot that's now one continuous bruise.

At that juncture, reason suggests I stay home and cozy up under a bag of ice. Instead, I tighten the straps on my air boot and return Downtown. I can't miss the beginning of the year in Austin music!

"It's Free Week 2018," bellows Mike Wiebe of Drakulas, a conceptual act regressing to the grimy late-Seventies. "How are you watching your pornography ... on Betamax?"

The black turtleneck-clad quartet, anchored by members of Riverboat Gamblers and Rise Against, defrosts Empire Control Room & Garage with grindhouse rock to kick off Free Week's first marquee show on New Year's Day. The annual club crawl, devised in 2003 by then-Emo's-now-Margin-Walker booker Graham Williams to stimulate concert attendance during a notoriously slow week, remains an unofficial benefit for Red River venues. While some musicians decry the series as a devaluation of their craft, new bands enjoy exposure to larger-than-average crowds.

Around the corner at Cheer Up Charlies, proggy guitar-pop trio Whit plays its first of three Free Week gigs with frontwoman Madison Whitaker entrancing the audience. Three young New York tourists trail us back to Empire where they lose their minds for Austin-based aliens Peelander-Z, whose oddball singer/guitarist Kengo Hioki spends nearly as much time crowdsurfing as he does onstage. Imagine the luck of being a music fan visiting Austin during Free Week.

A testament to the power of "free," fans again brave the 28-degree Texas tundra Tuesday night. At Mohawk, psych troupe Millbrook Estates triumph after an especially tedious broken guitar string and vocal talent David Rawlinson being recast as guitarist because his "throat is fucked up." Fellow locals Vampyre, not to be confused with Drakulas, sweat out a guitar-less brand of hardcore consisting of fuzz bass, double drums, and poetic shouts reminiscent of Refused and Death From Above 1979.

With 300 bands over 75 shows, variety's a given. Take Blastfamous USA, for instance. That's homegrown rapper Zeale backed by producer/percussionist duo Nght Hcklrs, who have the forethought to duct tape headphones over their balaclavas. 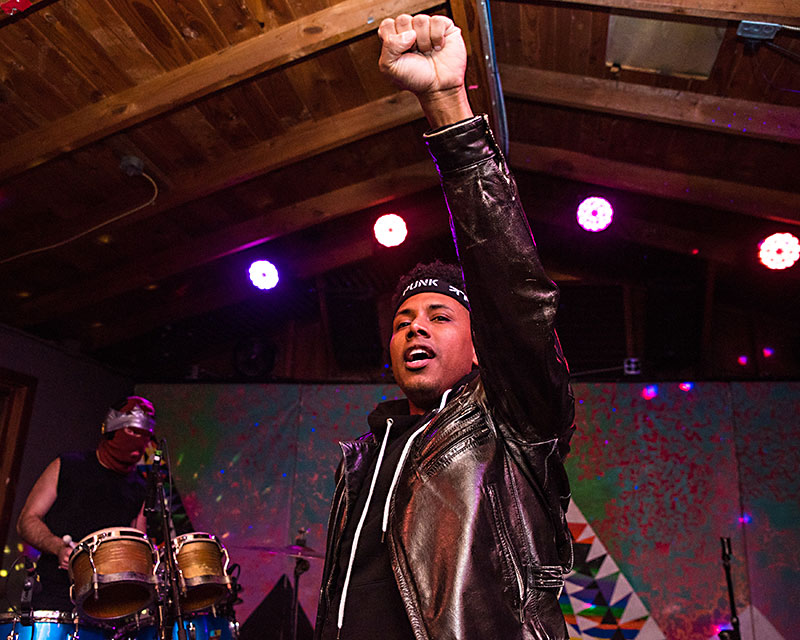 Aggro, dark, political, the collabo finds the frontman – a lyricist so winsome he emcees Longhorn sporting events and performs with Awolnation – going unprecedentedly hardcore. Spitting flurries of fuck you's to recipients including the president and police, Zeale's anarchistic promises ("If you build a wall around America, I'm gonna blow that shit up") over mean beats recall Public Enemy and Run the Jewels. Throughout the phenomenal set, spiked with cameos from Digital Wild woman Chantell Moody, Mobley, and Phranchyze, the MC burns like lit dynamite and positions Blastfamous USA as my favorite Free Week discovery just two days in.

For a primer on this week's gratis entertainment, see our Free Week Listings.

Lyft launched the Musician Rideshare Program this week, offering musicians complimentary transport to and from gigs at participating clubs to spare them the expense and hassle of Downtown parking. Antone's, Empire, and Stubb's serve as the pilot venues, which are given credits they can distribute to performing artists as they see fit.

"We're encouraging that they go to Austin-based musicians rather than a touring group," explains Lyft's Austin GM Aaron Fox. "We'd rather have it for the locals who are making this a real music town by playing on a Wednesday night."

Empire owner Stephen Sternschein, who brainstormed the idea with Fox and Antone's co-owner Will Bridges, says Lyft supplies his staff with coupons they offer to performers in their performance confirmation email. The pilot program will be re-evaluated after six months, according to Fox. The news follows Lyft offering free rides to medical appointments for HAAM members.

"We've got a lot of drivers who are musicians, our riders are often going to see music, and music is a big part of life where we live," says Fox.

Los Coast of the New West 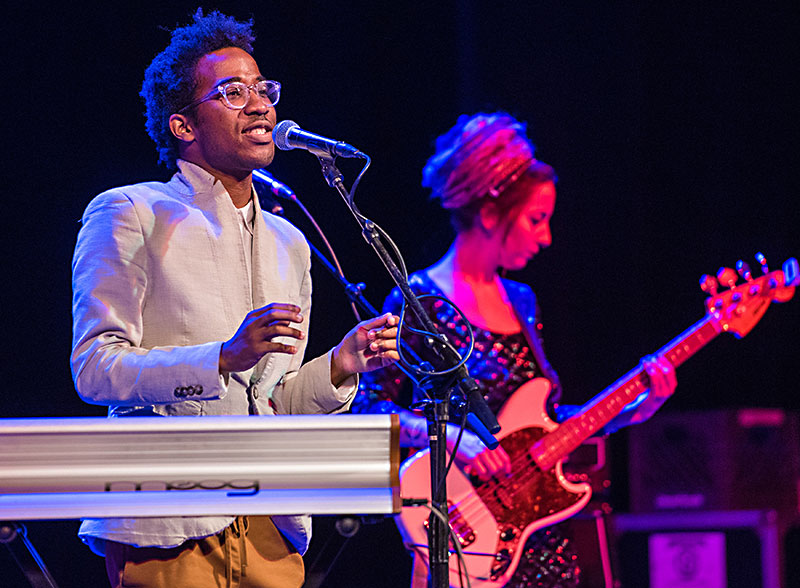 "I'm glad we waited to develop before putting out a record," reasons the frontman. "For John and I in particular, we met each other and immediately started recording music. Since then, we've all gotten close as musicians and the record will be better because of that bond."

Privott says New West demonstrated continual interest in the band since a label rep saw them play at NYC's Mercury Lounge in 2016. Now they're targeting early summer for the yet-unnamed release. This month, they're putting finishing touches on the album at Arlyn Studios. Catch Los Coast Free Weekin' at Mohawk on Friday with Otis the Destroyer and Emily Wolfe.