The year in quarrel In March, South by Southwest hosted a showcase consisting entirely of musicians from the seven predominantly Muslim nations targeted in Trump's travel ban. The gesture of solidarity spoke to the conference's extensive cultural scope.

Around the same time, a Brooklyn indie-pop musician called out a passage in SXSW's invite letter that seemed to threaten artists who violated contractual terms, including playing unofficial shows, with being reported to immigration agencies. A tidal wave of anti-SXSW tweets gave way to headlines in every publication from the erudite New York Times to white nationalist domain Breitbart.

Controversy drove conversation in 2017. With hair-trigger polemic reflexes, we lob ideological grenades – constructed from current events – on social media to make statements about ourselves. Good news is dead and moderate stances exist as invitation to be kicked in the balls. Thus we look back on the year in Austin music through the stories that caused shock, outrage, and schadenfreude. 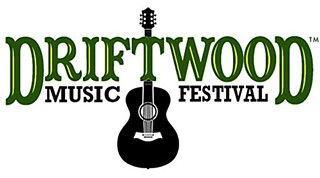 Amid a probe into how he disciplined a former employee who filed a bogus invoice to recoup travel expenses, Don Pitts resigned from his founding post as head of the city's Music & Entertainment Division in February, citing fatigue with municipal politics. By all appearances, a protracted hiring process ended happily with the installation of Erica Shamaly, ousted marketing director at the Moody Theater and onetime aide-de-camp for Austin Psych Fest/Levitation.

After developers skimped on soundproofing when building the Westin hotel, guests lost sleep over bass frequencies emanating from nearby bar the Nook. In January, Westin attorneys filed suit against the Sixth Street club to the tune of $1 million even though the latter largely complied to city-specified decibel regulations. Seven months later, the two parties settled out of court, with hotel operators agreeing to pay $125,000 for an overhead speaker system that shoots noise downward at the Nook.

The grand opening for swanky rooftop bar Upstairs at Caroline turned into a PR disaster after manager Michael Childress reportedly interrupted a set by Chulita Vinyl Club, an all-women-of-color DJ collective, telling them the bar didn't want Latin music. Although he later claimed to be requesting more uptempo music, the venue came off as gentrifiers silencing the cultural expression of Latina DJs from Texas.

The Stubb's With No Name

Facing the eventuality that they'll have to cede their venue name to a condiment brand, Stubb's owners filed paperwork to reserve the name "Liberty Lunch," trademark of an iconic Austin club (1975-99) that C3 Presents boss Charles Attal acquired a decade ago. Old heads took umbrage, calling it cultural appropriation, and the venue continues to float as Stubb's.

An ominous eviction notice got slapped on Strange Brew's padlocked doors in January. Promises of a quick reopening for the popular South Austin listening room gave way to founder Scott Ward revealing that profits had been squandered on one partner's hellacious business investments leading to a half-million-dollar bankruptcy filing. Quack's 43rd Street Bakery unveiled plans to reopen the space as a coffeehouse and venue, but nothing's materialized.

The music community has been rallying for Agent of Change, a policy to resolve sound disputes between developments and venues by placing the onus of adaptation on the newer party, but the Economic Development Department's anticipated proposal arrived DOA: not holding hotels accountable or demanding building standards. Making matters worse, it lumped in a poorly worded Entertainment License update that treated venues like registered sex offenders. Along with a disastrous redo, it sank with no community support – further deflating faith in the city's ability to pass venue-friendly policy.

Five months after hawking the Scoot Inn to C3 Presents, entrepreneur Doug Guller dished his other club, the Parish, in December by auctioning it on eBay. Some called the move reckless by not ensuring the future of Sixth Street's live, original music oasis, but still the auction netted an impressive $376,000 from a yet unknown buyer.

Gone, But Not Forgotten

Laurie Freelove Guitarist/vocalist who broke out in the Eighties with openly queer pop trio Two Nice Girls died at 60 in January.

Jimmy LaFave Sweet-voiced Americana songman, 61, died of cancer in May – days after his emotional farewell concert.

Margaret Moser Beloved writer, scenester, groupie, and Austin Music Awards organizer – who emboldened many with her encouragement and enthusiasm – was taken at 63 by cancer in August.

Sound on Sound Fest Medieval-themed indie music fest crashed and burned a month before gates when a cold-footed investor pulled out.

Frank Speller Renowned organist, who taught at UT for 44 years, left the stage in May at 78.

A version of this article appeared in print on December 22, 2017 with the headline: Austin Music Controversies 2017
More Playback columns