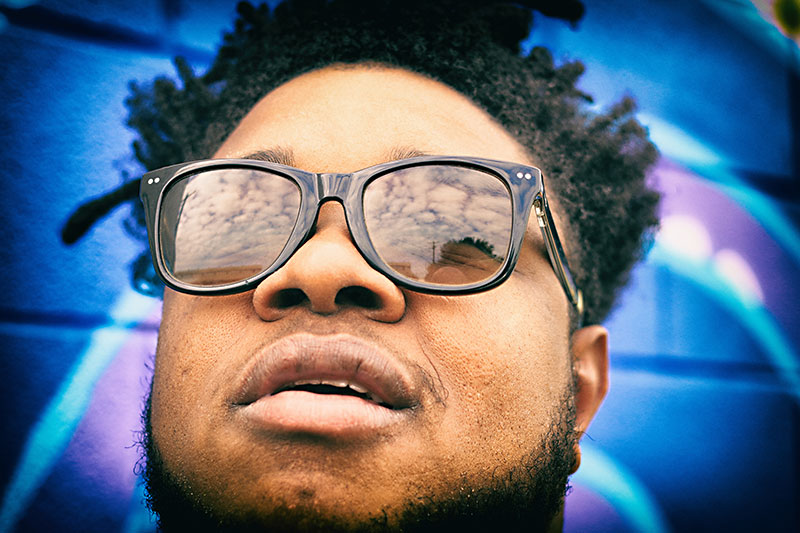 Everything's in a name.

"My full name – if you go Nigerian – is Kalu Kalu Kalu, because where I come from, it's your name, your father's name, and your grandfather's name," explains the large, almost stately gentleman. "There was civil unrest with Nigeria gaining independence and from what I know and was told, your first son took your name to keep that lineage going. My mother being an English teacher and very in the Western [form], she gave me a middle name, which is 'Fortune.'"

Taking in a warm autumn dusk outside at the South Congress Hotel, Kalu Fortune James contemplates the most basic of music feature inquiries, his dark brow furrowed and baseball mitts for hands clutching a lighter and almost entirely concealing a pack of American Spirits. There's generally an easily grasped explanation at this stage – who and what is Kalu & the Electric Joint? – but the burly Nigerian ponders the question deeply.

“This is what I stand for. Fela Kuti said, ‘Music is a weapon,’ and those that play with music, they die.”

For a moment, that's the totality of the Austinite's answer.

"The human story, like, in the way I see things, what I see and how I can regurgitate that out with a very psychedelic soul feel to it," he begins again, firming up a reason. "It's about stories people connect with because if I'm going through it, someone else is going through it.

"I think it's a layering of becoming a band through the years since The Offering," Holt offers. "And surfaced inside of this new recording is the final mesh-point."

There should be a word of background here, given where James resided back on 2013 full-length The Offering, his third disc. It's a set of meandering, Jeff Buckley-inspired tunes, an amalgam of Afrobeat, folk, and blues-rock striped with some winning moments, such as the bombastic "Dark Days." The album's stirring, vibrant melodies felt alive, but passive-aggressive lyrics often relied on platitudes, never specific enough – or at times, overly specified – to raise the stakes that the tunes pleaded for at every turn.

Over the course of nine months at Nest Recording in Driftwood, the trio – grounded by drummer John Speice and augmented in the studio – recorded two bodies of work, one of them being a live set from their stomping grounds at the Continental Gallery. Shopping the demos proved illuminating.

"We put our full live set forward to these producers, and then we also had a group of songs that we made in the garage on an iPhone," explains Holt. "Kalu and I created that group of songs in the absence of everyone else, like when they wouldn't show up to rehearsals. By and large, all of the producers chose the iPhone recordings."

As the material began coming into focus, James realized he'd never been pushed this far vocally. The stiff hand of producer Brett Orrison (Black Angels, Widespread Panic) drove the compositions toward new heights. The singer says Orrison told Holt, "If I hear any guitaring I'm going to cut it."

"Now I'm not saying I don't stand by what I've done before, but this was on a different level," states James, lighting up a cigarette. "Brett came in and he wanted a focus on what he had seen and heard through the Gallery days. We were emotive. That's something I grew up with being in the church.

Underlying Time Undone is the friendship between James and Holt, initially sealed by a set of twins. After meeting in 2008, Holt joined James' band, at which point each one paired up with a sister. James' relationship ended, but Holt eventually married, changing the group dynamic for a spell. In the end, the guitarist's marriage dissolved.

The previous iteration of the group and its signature sound also changed when the admittedly alpha-intense Holt assumed a leadership role.

"Once I started feeling a direction of the new thing, and spending some time with Kalu, it was the beginning of that band's demise," admits Holt. "It wasn't anything malicious, just that the potential happening in Kalu's growth was being stunted by people trying to exist in a life that was becoming past."

Then the latter's father passed away suddenly in 2015. James, who had moved to Austin in 2007 after glimpsing South by Southwest on satellite TV, moved back to Nigeria briefly to take care of the family estate. There, the stakes changed and it's at this juncture in our sit-down that Kalu James sharpens to crystalline clarity.

"I went home to Nigeria and everything was pretty much laid out," he says in an almost stream of consciousness. "Like, 'Well, this is what happens in the circle of the life of a young man. He becomes an adult.' When something like this happens, you pretty much pack up your shit and come home. I understood the validity of all that, but the amount of time and the amount of ...."

He trails off momentarily.

"I've spent so much in creating an identity for myself that for someone to say, 'Hey, chuck that away and come take care of this ....'"

... Was a test of faith unlike any other.

"If you don't hold on to that center, that anchor, which was that the music and art we were making was valuable, then that's how I would have ended up staying in Nigeria," he gestures.

A mother to care for and a calling to realize his goals and himself as a man, Kalu James has infused those conflicting pains and passions into Time Undone.

"I want to be able to write my own story, where at the end of the day this is what I did," he affirms. "This is what I stand for. Fela Kuti said, 'Music is a weapon,' and those that play with music, they die. To be that literal, be that mentally, be that emotionally, I stand on that."

A version of this article appeared in print on December 15, 2017 with the headline: Holy Ghost Fire 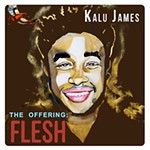 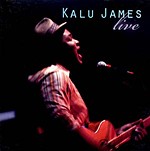