Before there was Free Week, there was December – the month when roadshows grind to a halt and local music takes center stage. Last week, "Playback" stayed busier than an elf in a North Pole sweatshop and here are the reviews to prove it. 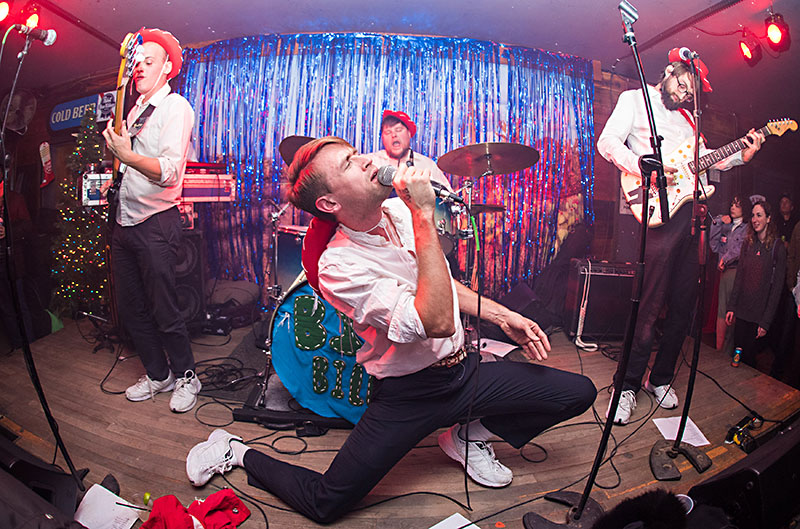 Dressed in kiddie cowboy costumes and sounding like a fusion of the B-52s and Dead Kennedys in Pee-wee's Playhouse, the local quartet – plus a rented keyboardist – hit a rawhide rhythm behind bassist Alex Riegelman mustering his best sheriff impression. Even so, the group has no leading men, only character actors, including guitarist Cody Braden, who plays distinctly awkward riffs, and his brother Eric, the nasally vocalist who zips around the stage with a hunchback strut. They're forever in their own league because no one else is writing songs like ridiculously infectious double-time anthem "What Do You Want on Your Salad?" and getting 150 crazed spectators singing along.

Showcasing the night's release, debut long-player Stand by Your Bill, garage Zeppelin head-scratcher "Clint Eastwood Is My Dad" preceded a mosh pit to "Every City Sucks." By the end of the hourlong ritual, Eric Braden was living in the crowd, flailing, dancing, and staring through people while singing about how to "trick everybody into thinking I'm somebody." Mission accomplished.

"This is magical," Protextor told a modest crowd – since Austin music audiences don't share postal workers' "neither snow nor rain" resolve – at Sidewinder for the release show to his album with Brother Bear, aka Mother Falcon's Matt Puckett: American Neon. 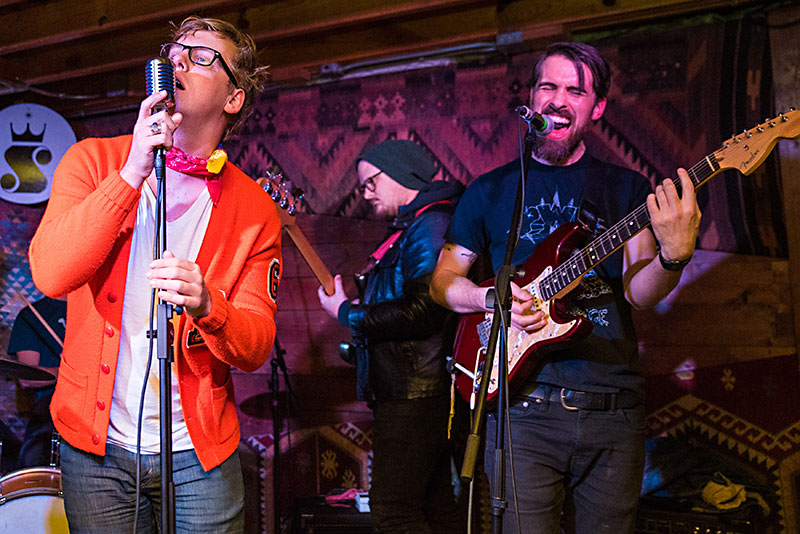 The emotive rapper, with latent singing skills and a knack for agnostic social commentary, ripped through the swaggering shit-talk flow of "Trouble," while looking all-American in his vintage letterman sweater. American Neon's Prince-meets-Kendrick Lamar sound, executed by a septet of local blue-chippers, hit full swagger with the funk thump of "Big Bad." When Puckett, flown in from NYC for the show, hit the falsetto hook, devoted onlookers howled.

"It feels so fucking good to finally play these songs," Puckett smiled before closing with dance funk single "Not Tonight," which instructs us to be vigilant, but still take time to dance, laugh, and be with friends. All in attendance obliged. 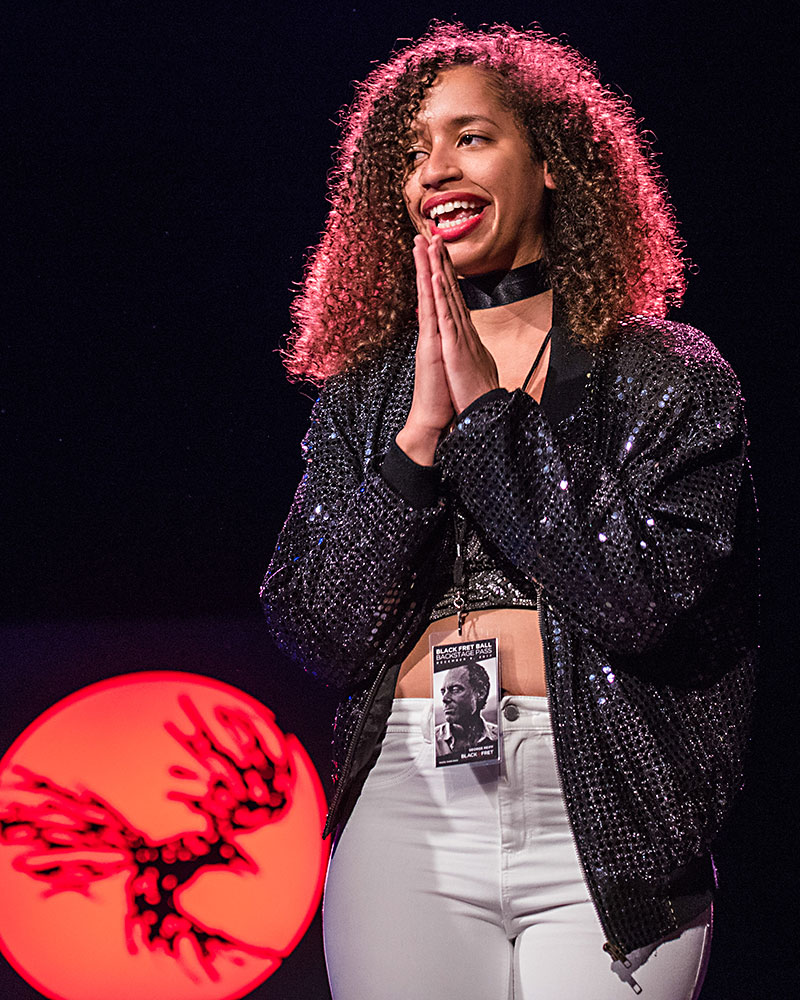 "Let's give away some money," boomed the gentlemen occupying the urinal next to me at the Paramount Theatre last Saturday. It's a battle cry rarely heard outside of game show hosts, but appropriate in the spirit of the Black Fret Ball, where patrons pool dues and bestow grants upon Austin musicians. Ten top-voted artists took home $18,000 in major grants and the remaining nominees got $5,000.

Jackie Venson jumped up from her seat and danced to the stage when her name got called for one of the big prizes. The homegrown guitarist/vocalist then lauded Austin's landscape of music nonprofits: "There's no HAAM in New York City, no SIMS in Nashville, and no Black Fret anywhere but here."

The three-hour concert played out in front of a capacity crowd that evidenced the 5-year-old organization's growing membership. Highlights included a collaboration from Whiskey Shivers and fellow big-money-winning folk iconoclasts the Deer, country crew Croy & the Boys making a statement with a song about how "You just can't be poor anymore" in Austin, fiddle phenom Warren Hood levitating a moody jam aided by tremendous twin guitars from Marshall Hood and Willie Pipkin, and Greyhounds throwing down a hair-raising version of the slow and low "Cuz I'm Here."

2016 grant recipient Walker Lukens owned the evening with a drunken award presentation where he claimed to have used last year's endowment to take a vacation to Paris and buy a designer blazer.

"Everyone's freaking out on the production team, but ... I've been training my whole damn life to do this, man," boasted the singer: "Walker Lukens stand-up!" 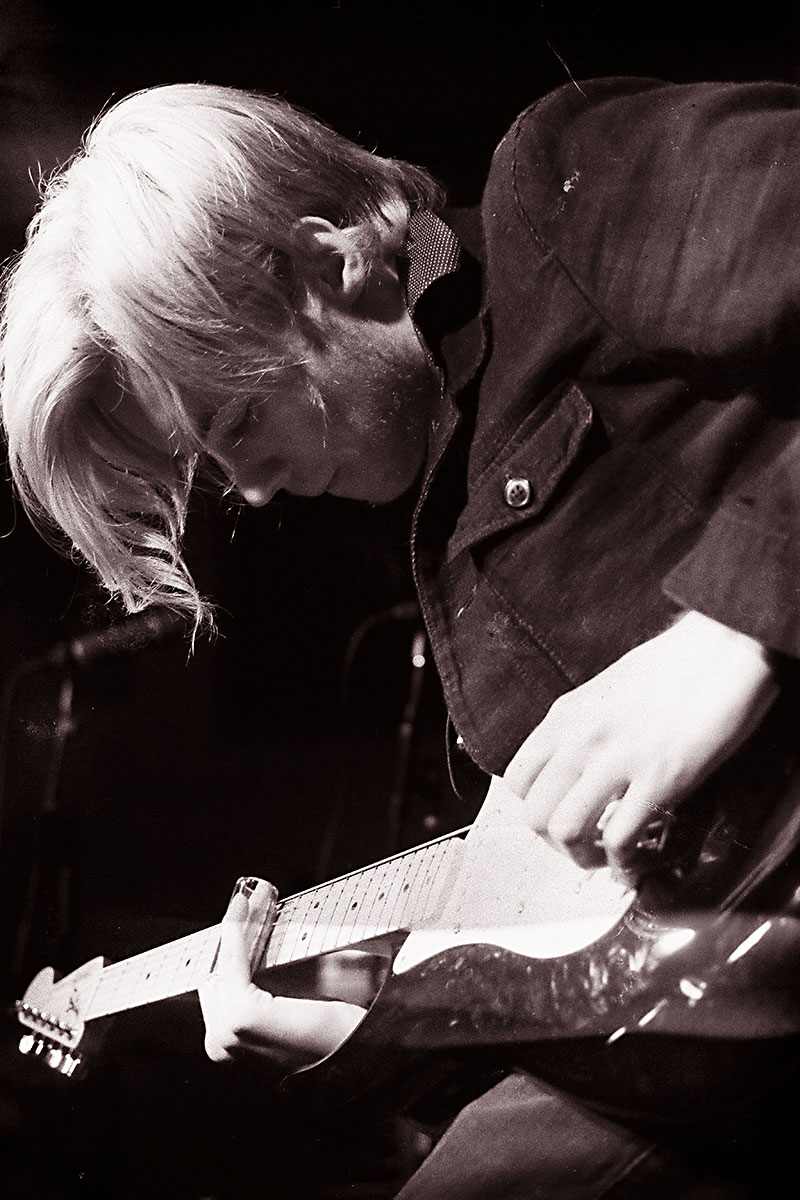 True to Austin Music Awards form, last Sunday's four-hour afternoon show at Antone's connected generations of friends, family, and fans of a woman who, since the Seventies, was inextricable from Austin music – and never more so than staging some three decades of AMA shows. One young act she championed, the Peterson Brothers, opened with a glorious fiddle and guitar recitation of "Amazing Grace" that turned the gravity of a memorial event into revelry for music scene matriarch Margaret Moser, who succumbed to cancer in August.

"I can feel Margaret in the room, y'all," confirmed Joe Ely after lighting up "Down on the Drag" alongside favored sons Monte Warden and Charlie Sexton, bandleaders who brought Moser's final party wishes to musical fruition.

In the moment, all those songs seemed biographical to the great Margaret Moser.