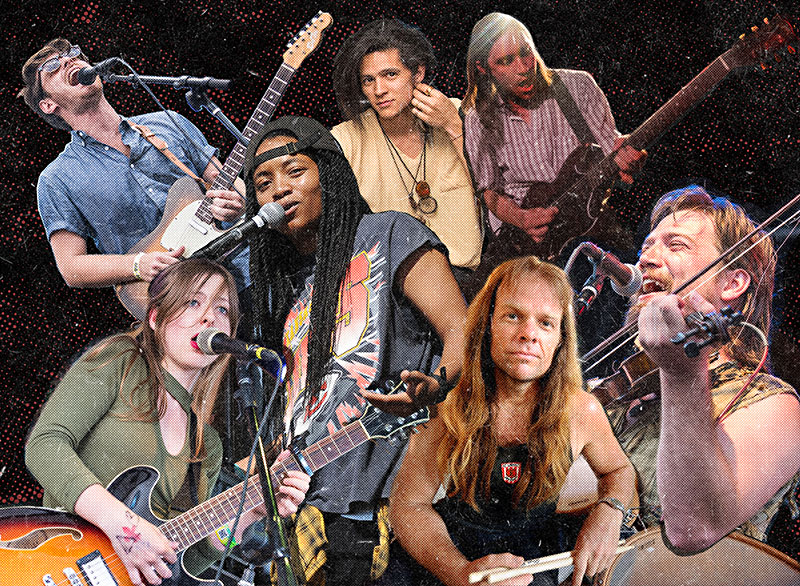 As you read this, Chronicle staffers are poring over 20 years of online Austin Music Poll results for evidence of Russian interference. Meanwhile, a special counsel’s been appointed to investigate ties between 2016/17 Musician of the Year winner Hayes Carll and the Kremlin. Neither probe has yielded any impeachable evidence at this time.

Whatever the outcome, the governing body behind the Austin Music Awards has already begun implementing election reform. In an attempt to quell hostility between two rebel camps – hard-line music snobs demanding Grammy-like nominations and a populist wing insisting that the tradition of entirely write-in ballots be preserved – a compromise employing both philosophies has been reached.

The Austin Music Poll voting process now begins with a round of "primaries."

From today until Dec. 11, John and Jane Q. Public can write in their favorite bands and businesses in all 57 categories. As always. Upon the poll's close, that data will be tabulated and top vote-getters, combined with selections from a governing board of industry vets – who Alex Jones will soon denounce as a secret society of globalist elite – will emerge as the first-ever Austin Music Poll nominations. That leads into a final round of voting, Jan. 5-22, wherein Austin makes selections from the nominees in every category.

Winning musicians hoist their plaques up inside ACL Live at the Moody Theater on Wednesday, Feb. 28, 2018, the first time the AMAs have preceded South by Southwest in over three decades. Charlie Sexton returns for the fourth season of his ill-advised 99-year contract as music director of the AMAs and already has some legendary performances in the works. Meanwhile, "Playback" has supplied the Berkshire Hounds with their show advance – Chili's gift cards and a 24-pack of Lone Star – to secure the locals as the house band for our Austin Music Industry Awards on Sunday, Feb. 25, at the Palm Door, where the worker bees of Austin music are honored.

So why tweak the voting after 36 years of write-in polling? Because for all the triumphs of internet platforms (see the Pizza Tracker function on the Domino's app), online voting has become a bastion for scammers, trolls, and artists who are far better at social media finagling than creating great art. Old-fashioned "ballot stuffing" has evolved into the utilization of professional vote-buying services and deluded cover bands sponsoring Facebook ads imploring people to vote for them in every category. There needs to be better oversight to keep it legit.

The AMAs were created to mean something more than a popularity contest. They're designed to reflect the quality and diversity of Austin's music scene. When an artist's bio lists them as an AMA winner that should mean something. Most of all, though, community awards are about love – acknowledgment of an artist's cultural contribution. Now's the time for you to tell us and the whole city who you value.

Here's my primary ballot. Now, in the interests of transparency, I should point out that I have a historically low batting average with any of my picks actually winning awards. In fact, having my vote may actually lower an act's chances. Not so of yours. Collectively, you pick the winners.

So fill out a first-round ballet today. Here's one example:


Band of the Year: A Giant Dog

Musician of the Year: Thor Harris

Album of the Year: Some Part of Something, Whiskey Shivers

Cover Band/Tribute Band: Doom Side of the Moon

U-18 (Majority of members are under 18): Charlie Belle

None of the Above: Octopus Project