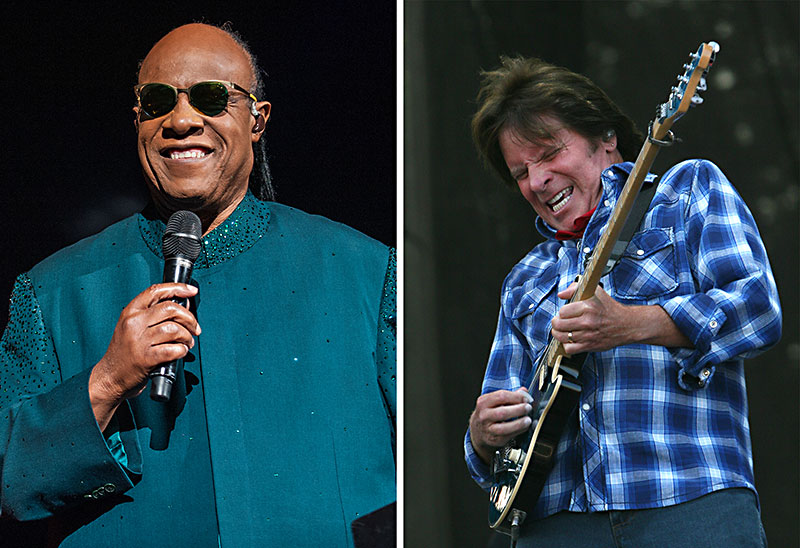 Primarily, the event employs a valuable park reservation previously held by Stratus Properties for Fun Fun Fun Fest, the popular underground music gathering the developers inherited from former Transmission Events partners Graham Williams and James Moody in a nasty split that occurred in 2016. Austin Parks & Recreation Department head Jason Maurer confirms that C3 now owns that reservation and that the All ATX event will take the form of a three-day festival in 2018.

That means the local Live Nation partner will now have three weekends of outdoor festivals throughout October in Austin, while also hosting Voodoo Music + Arts Experience in New Orleans on Halloween weekend. Competing with themselves is nothing new or troubling for the company and its deep pockets. It does, however, signal the final nail in the coffin for FFF, which Stratus hoped to resurrect with the help of outside promoters.

Consider it all another chapter in the ongoing saga of Austin's music festival industry, a bottomless well of news, drama, excitement, and turmoil from which there is no offseason.

In a turbulent ocean of music convergences, ACL Fest remains an unsinkable battleship. The city's largest outdoor gathering once again hosted humongous crowds for its second weekend. It's a phenomenon that continues to amaze: a festival so popular, it can be held twice over the course of 10 days.

Even before all the empty Miller Lite cans had been cleaned off the grass, ACL's website trumpeted dates for their 2018 gathering: Oct. 5-7 and Oct. 12-14.

The medieval-themed music fest had a chink in the armor – an anxious investor who pulled out. Salvaging portions of a stellar lineup scratched out by cancellation, bookers unveiled on Monday a series of make-up shows in local clubs that will keep die-hards happy on the second weekend of November.

Given that "Playback" once quoted the event's producer, Barracuda co-founder Johnny Sarkis, as saying, "The only fest that can take a year off is the Olympics," consider SOS DOA, though chief Margin Walker talent buyer Graham Williams says he enjoys curating "big, diverse events" and won't rule out booking another festival in the future – if the concept is right.

"You could argue that [Austin's festival market] hit its ceiling, especially talking about a city with more festivals and less population than most," Williams offered when asked if locally based festivals are on the decline, noting also a national epidemic of festival fatigue. "There's gone from being a handful of festivals to thousands and they're mostly a similar style, sound, and lineup."

2017 has been an especially hairy year for festivals worldwide. London's Apple Music Fest kicked the bucket, Pemberton declared bankruptcy, Karoondinha went tits up due to low ticket sales, and Fyre Fest was hilariously botched. No surprise, then, that both agents and production companies are showing less faith in festivals by asking for deposits – often 50-100% – before signing contracts.

"Back in the day, during Fun Fun Fun Fest, I don't think we ever paid artist deposits or production deposits. We'd pay our bands day-of-show," reveals Williams. "Now, agents have started to demand full deposits, sometimes before announcing the festival. The big companies don't have any problem writing checks left and right because they have a lot of funding, but it's really put a hurting on the independent festival market."

Travis Sutherland is looking at spaces close to Austin for his Utopia Fest, a music and camping gathering previously held in the fall on a private ranch in Uvalde County that's amassed a highly dedicated fan base over nine years. Previously capped at 2,000 attendees and uniquely BYOB, Utopia could evolve into a larger event in order to be sustainable, while needing to maintain the anti-fest experience it's known for.

For the United States Grand Prix, the only F1 event on American soil, Circuit of the Americas spends big on talent, having netted Taylor Swift's only concert of 2016, for example. This year's no different. Saturday brings boy band heartthrob turned pop sophisticate Justin Timberlake, making his last appearance before a little gig called the Super Bowl halftime show. His encore? Stevie Wonder, one of Earth's greatest living musicians, headlines Sunday.

Meanwhile, regional music revs on a handful of stages set up throughout the racetrack configuration. Austin acts include Los Coast, Israel Nash, Zeale, and Jonathan Terrell. Those bookings put a total of $50,000 in the pockets of mostly homegrown artists.

"On F1 weekend, 54 percent of our guests come from Texas, 32 percent are U.S., and 14 percent are international visitors," explains COTA booker Sharilyn Mayhew. "With almost half our crowd being from outside of Texas and Austin being known as 'the live music capital of the world,' I see it as an opportunity to put a spotlight on what we have going on in the Texas music scene."

Five months out, SXSW is already dishing performers for its 2018 music conference. Last week's initial announcement previewed over 200 acts, many of them international.

Unexpected drama sprung from the peaceable folk festival scene this fall as two former Old Settler's Music Fest staffers launched a competing fest. The Driftwood Music Festival is scheduled to take place on former OSMF grounds the Salt Lick Pavilion on the exact same dates – a declaration of war if ever there was one. An announcement of OSMF's lineup, now taking place in Dale, is anticipated soon. Expect Driftwood's bill to arrive not far behind. 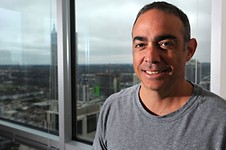 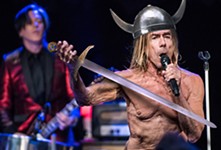 Playback: Sound on Sound Fest Is Set, but What About Fun Fun Fun?
SOS Fest dropped its lineup this week, but what of predecessor FFF?