Oakland, New Orleans, and New Zealand – that's where our head's at today

Pell at the 2017 Jmbyla Fest (photo by David Brendan Hall)

New Orleans rapper flips rhymes on airy, expansive beats and space-trip synths as he carves through the clouds in either his sing-song cadence or Chance the Rapper nasal flow. While cheesy cliches dot his lyricism, the Crescent City MC shines on spitfire hustle "Dollar Store," vulnerable "Runaway," and R&B/rap switch-up "Wait on Me." – Alejandra Ramirez

Jackson Phillips' grandiosity begins plainly. Under the moniker Day Wave, the Oakland artist makes lo-fi dream-pop whose 2017 debut The Days We Had scales to a middle ground on soothing "oohs" and "aahs" streamlined over synth waves. The bass-induced verses in "Something Here" sets the tone for an album that's ordinarily simple and evocatively sweet. – Isabella Castro-Cota 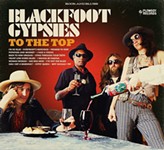 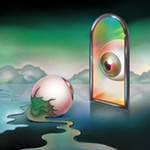