2:15pm, American Express stage
Rainbows, kittens, and surprises this quintet is not. Instead, their smoky vocals and twangy guitar conjure whiskey, cigarettes, and night drives on country roads. At first you might think you're listening to Kings of Leon, but with two albums under their belt, the North Carolina group has begun making its name on the festival circuit. – Lauren Modery

6:15pm, American Express stage
The Head & the Heart could have easily been lost in the indie folk-pop rise and wane of the early decade, yet even the Seattle outfit's harmony-rich 2011 debut hinted at more possibilities. Last year's third LP Signs of Light continued to expand the sextet's sonic explorations, with more percussion-driven rock influence and touches of throwback soul. – Doug Freeman

7:15, Miller Lite stage
Aussie crooner Vance Joy rode his ubiquitous hit "Riptide" from 2014 debut Dream Your Life Away into a 2015 ACL Fest set. This year, he returns with the already radio-rich single "Lay It on Me." Previewing a much-anticipated sophomore disc due next year, Joy's earnest, emotional ballads and gentle tenor burst with backing by rich horns and percussion. – Doug Freeman 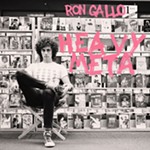