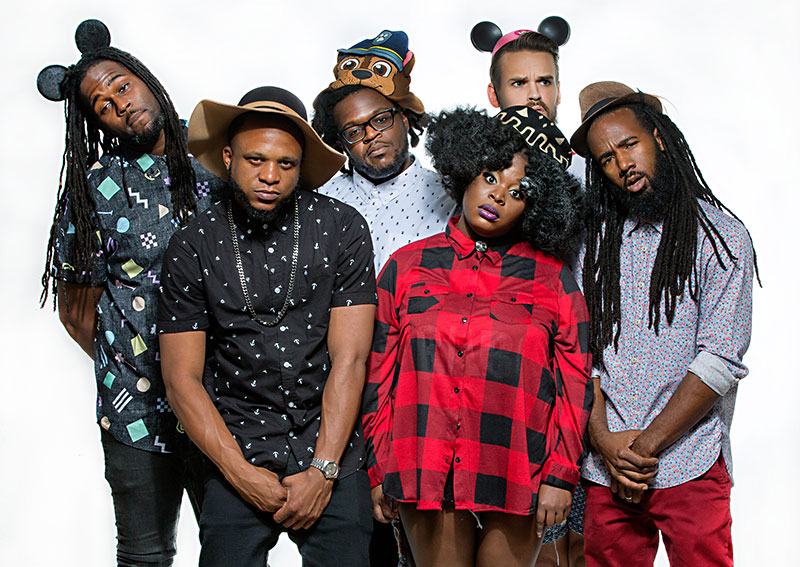 Tank & the Bangas pay homage to New Orleans’ musical heritage by evolving it.

"It's a show almost every day instead of every other day," says vocalist/poet Tarriona "Tank" Ball, calling from a two-day stand at the Minnesota State Fair. "We're rarely home."

"Poetry just kind of loved me back," she says. "It took a while for music and songs to love me back."

By the time she coalesced the Bangas in 2011 with ace drummer/musical director Joshua Johnson, slam poetry had imbued her with a remarkable ability to connect with audiences.

Tank & the Bangas pay homage to their city's musical heritage by evolving it. Their epic "Quick" unfurls like a big-budget film, progressing through a variety of genres and emotions on its way to a strategic peak. Ball fondly recalls listening to Stevie Wonder with her dad growing up, and it's not hard to spot parallels between her work and an audio masterpiece like "Living for the City."

Besides multifangled musical prowess, the septet's stage show is enlivened by the interplay between Ball and backing vocalist Anjelika "Jelly" Joseph. When it's suggested that the two of them almost appear to be of one mind while performing, Ball laughs out loud.

"She has her own mind and I have my own mind," she says, "but we have a really good chemistry onstage."