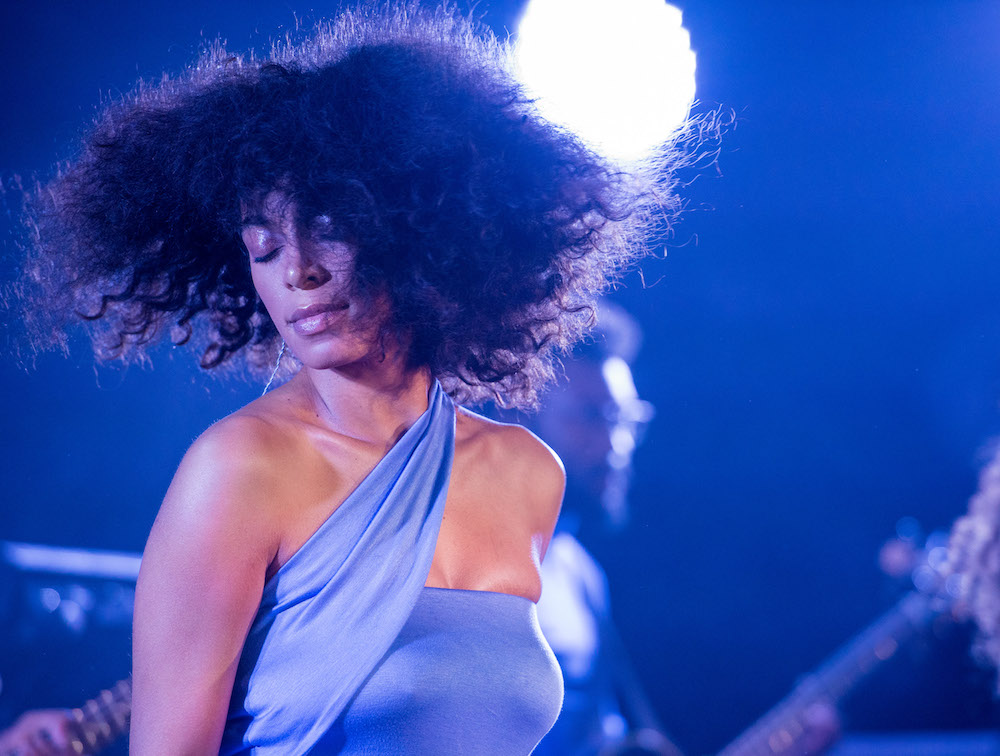 11:45am, HomeAway stage
The first signing to C3 Presents' eponymous label, Jehsea Wells drives the middle lane of the classic/alternative rock highway on EP Codeine. The Arkansas native plies a gravitas welles beyond his 22 years. Youthful introspection meets anthemic hooks in "Life Like Mine" and "Are You Feeling Like Me." – Michael Toland

2:30pm, Tito’s stage
Banjo, guitar, ukulele – Valerie June plucks anything with strings, or straaangs, as she might say in her taffy-thick Tennessee drawl. That accent causes cognitive dissonance when paired with her crown of dreadlocks, but June gleefully marries disparate ideas. Sophomore LP The Order of Time is deeply grounded in American roots music – Appalachian, blues, bluegrass, country, gospel – while waxing metaphysical and dancing on the "Astral Plane." – Thomas Fawcett

5:15pm, BMI stage
Mystère, the latest LP from French collective La Femme, features the backside of a woman as her hair weaves itself into a vagina. As alluring sonically as it is physically, the album is an experience rather than a pastime. Spurts of surf and psych, EDM splashes, ethereal hymnal chords, and French pop commingle via the Krautrock-inspired quintet. (weekend one only) – Isabella Castro-Cota

7:15pm, Barton Springs stage
Soul singer extraordinaire, label owner, and influencer, Solange Knowles no longer stands in the shadow of her sister. Leading that charge is the New Orleans-based singer's critically acclaimed 2016 full-length A Seat at the Table. The album's lead single, "Cranes in the Sky," topped the Billboard hip-hop/R&B charts and earned Knowles her first Grammy. – Kahron Spearman