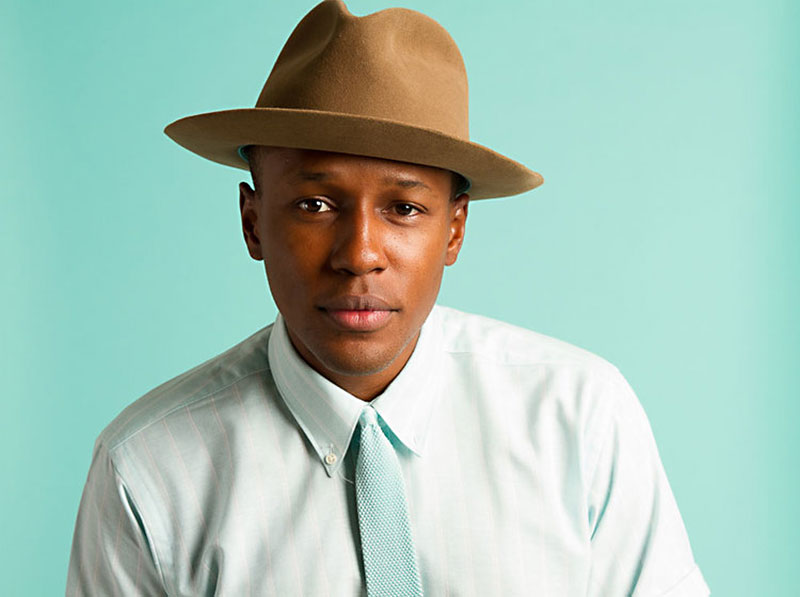 Seeing as he’s heading into the studio behind Ali Shaheed Muhammad from A Tribe Called Quest and Raphael Saadiq, his storytelling looks to fuse with sonic technicalities.

Jonny P hopes to transport you to New York.

"I want my record to sound like how I remember summer in the Bronx, sitting on a stoop at 7 o'clock watching cars go by and talking to your friends, greeting neighbors," introspects Powell. "Those were the best years of my life and if I could bring someone there that would mean the world to me."

A modern soulman soundtracking the duality of the familiar and unfamiliar, the singer plies smooth, milky vocals atop simple instrumentation in a genre generally characterized by hefty rhythms and horns. Bronx-born and based in Nashville, he's heading to L.A. to record. Although in the initial stages career-wise, he's already set a precedent.

"I expect this record to hit hard," he predicts. "It'll have the sultry, soft vocals of soul music and the songwriting will be as catchy as any of the Top 40 pop songs, while still being true to myself."

Seeing as he's heading into the studio behind Ali Shaheed Muhammad from A Tribe Called Quest and Raphael Saadiq, his storytelling looks to fuse with sonic technicalities.

"When I was younger, I learned where to put [audio] tricks, but mainly how to use your voice to move people and tell a story," he says. "At the end of the day I have to perform these, so if I'm not writing things that are real there's no way I'm going to be able to channel the energy and feelings of what the song is about."

His latest EP Good to You is out now, with a full-length following soon.

"I'm excited to have a few weeks to dive in and really make a set that is just for Austin, something special. I want everyone to walk away and feel like that was in the moment."