Playback: Sizing Up Music's Bite of the Hotel Tax 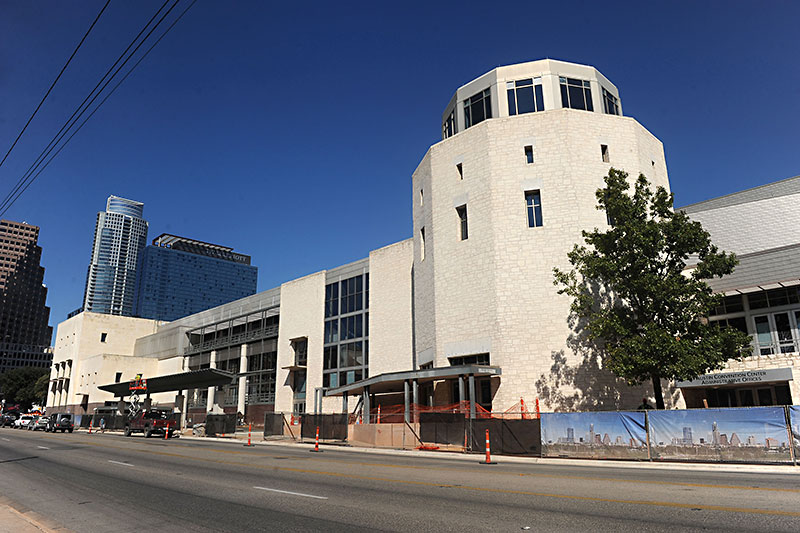 Wouldn't it be nice if musicians could derive income from the constant stream of tourists frolicking around Austin? Ideally, jet-setters would patronize clubs featuring original live music, then stumble back to their hotels with a band T-shirt draped over their shoulder and record under their arm. Sounds simple enough, right?

Then how is it that no one in the capital's public or private sector has ever succeeded in marketing Austin's grassroots music culture to visiting out-of-towners?

After all, there's at least one standard avenue to prosper from tourist dollars. Follow along: Visitors pay to stay in hotels, the hotels then give some of that money back to the city, and finally the city flows that revenue into the local music community via programs and grants. Now that extra $30 folks get charged on a $200 hotel room doesn't seem like such a rip-off, does it?

The hotel occupancy tax (HOT tax) collects 15 cents on every dollar spent on lodging in Austin. Of that sum, 6% goes to the state and 9% funnels back to the city. That amounts to an estimated $92 million this year alone. Cultural Arts programs receive 15% of the municipal slice annually, with $11.7 million projected for 2018, funding music constituents would kill for. The competition for tax revenue has been so fierce in the past several years that the therapist for former Music Office manager Don Pitts forbade him from even uttering the words "HOT tax."

How is it that no one in the capital’s public or private sector has ever succeeded in marketing Austin’s grassroots music culture to visiting out-of-towners?

The Visitor Impact Task Force, a squadron of music, arts, hotel, special events, public works, restaurant, and parks representatives, spent the first five months of 2017 hashing out recommendations for City Council on how best to use HOT tax revenue. Their report stimulated two plans now circulating around City Hall. Each breaks off a chunk for music – forecasted at $3.2 million – but through different means. So far the music community has shown little consensus on which plan they support.

Mayor Steve Adler is pushing his "Downtown Puzzle," aka Item 101, which increases HOT taxes 2% and initiates a Tourism Public Improvement District with hotels that would create new monetary streams to tackle homelessness and fund, among other things, commercial music. Adler posits that strategically expanding the Austin Convention Center would allow the city to levy the HOT tax above its 15% state-designated threshold.

"In order to build out the local music ecostructure, we need new money – a revenue stream that doesn't currently exist," explains Adler. "As long as we keep promising ourselves we'll spend money on the music industry, but don't actually find money to do it, it doesn't happen, and I'm frustrated as a member of the community seeing it hasn't happened yet. The only way to get that money is to raise the hotel tax, and to do that I have to do a Convention Center expansion."

Critics say the mayor is investing in a municipal mainstay dying nationwide and contend that if HOT taxes plateau or decline, music and arts funding will be cut to cover the operating costs of a massive Convention Center. Downtown hoteliers like the plan because more conventions mean more business for them.

Earlier this month, City Hall hit capacity for a public hearing about another HOT tax-related resolution. Item 60, sponsored by Council Member Ellen Troxclair, rebalances existing HOT revenue, taking millions from the Convention Center and giving more to historic preservation efforts – mostly park improvements. Among the music community voices heard at the meeting was Waterloo Records owner John Kunz, who spoke in favor of Item 60 because of its "emphasis on the music community as well as other independent businesses."

"If anyone knows what attracts and appeals to tourists, I think it's the people who write guidebooks to Austin," he said. "I did a quick survey with my friend Steve [Bercu] at BookPeople. There are 10 travel guides just about Austin. ... There are two mentions of the Convention Center. One says, 'It's big,' the other says, 'Roller derby is there.'"

"Allocating 15 percent of hotel taxes to historic preservation would upset the delicate balance of the plan we put together over the last few months," he explained to Council.

A Troxclair rep tells "Playback" that their initial intent was to utilize convention revenue for music's $3.2 million allotment, but now it may be funded through tourism promotion dollars as well as money from the general fund.

Kate Singleton, executive director of the nonprofit Preservation Austin, said it's conceivable that HOT taxes could be used to help music venues via the Heritage Grant Fund, which currently doles out $200,000 in grants annually, but may increase if Item 60 is adopted. She says qualifying venues could potentially use the grants for everything from physical improvements to marketing, but notes that the language around HOT tax uses in relation to heritage grants must first be updated so it's not so restrictive.

"The current grant program doesn't allow for very many organizations to take advantage of it, but we'd like to see it opened up so it can benefit more people," she said. "Then businesses like the Victory Grill and the Broken Spoke could take advantage of it. Hopefully there will be more money in the pot."

Chapter 351 of the Texas Tax Code states that HOT taxes can be used for properties "that would be frequented by tourists and convention delegates." Thus Singleton believes that music venues, which contribute to the culture of Austin and thus make the city a tourist destination, could qualify for heritage grants. Unfortunately, Austin's current rules require landmarks to be 50 years old, so few venues meet that standard.

On the topic of venue preservation, Mayor Adler says his mini-bond idea is still in the works. That program would allow the city to crowdsource a $10 million fund to purchase selected properties – protecting them from death-blow rent increases. Great idea, but if the city pressured corporations that receive tax incentives to buy most of them, it wouldn't put the impetus on poor musicians and fans.

As for the $3.2 million that could fall to local music from the HOT tax if either – or both – plans are adopted (Downtown Puzzle likely goes before Council Sept. 28), the question then becomes, "What to do with it?" It's an unprecedented amount of cash for music's coffers, but it's also a lot to waste.

Uses must jibe with Chapter 351, which designates they promote tourism and the convention and hotel industry. Of the approved uses in the tax code are instrumental music, vocal music, radio, recording, and "the presentation, performance, and execution" of music. That allows for a pretty wide interpretation of what the money could be applied for.

Adler hasn't decided how music funding will be distributed and whose responsibility that will be. All ATX, the music advocacy nonprofit headed up by real estate mogul Gary Keller, has expressed interest in helping allocate the funds. Their representative Nick Shuley says they "want to encourage that any available funds be used to set our commercial music industry and musicians up for near-term as well as sustainable long-term success."

Sternschein also has a vision for the distribution of music funds.

"There should be a board created with stakeholders from throughout the commercial music industry, using an agreed-upon framework for evaluating potential uses approved by Council," he says. "The main criteria would be impact on tourism, impact on local music economy, and diversity."

A version of this article appeared in print on September 15, 2017 with the headline: Got It Bad: Hot for Taxes