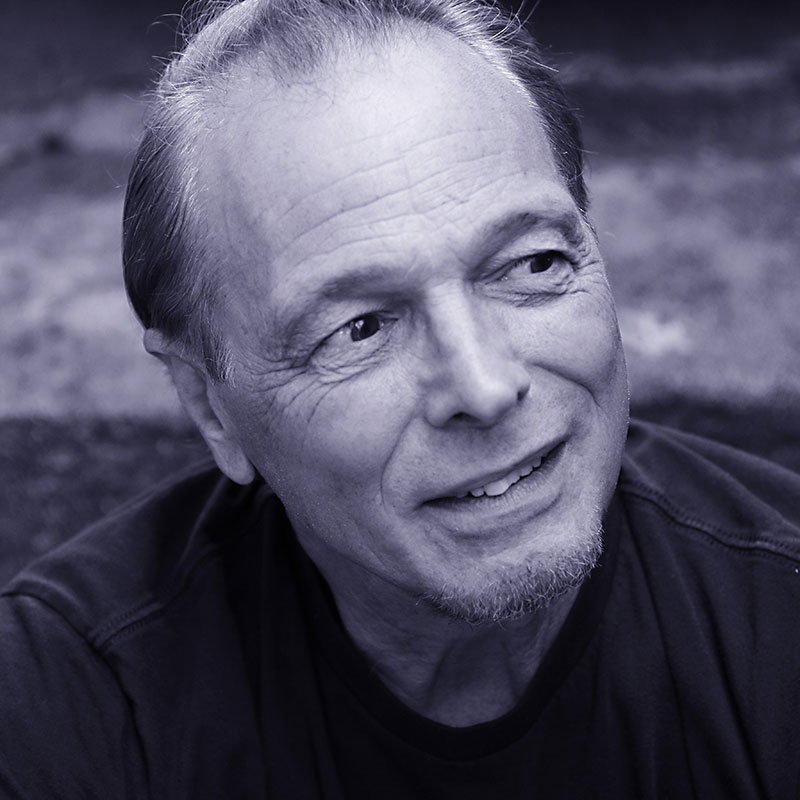 Young Eddie Stout wanted a record label of his own.

"I was thinking, 'This is what this is, this is what I'm going to distribute,' and I started working backwards," explains the 61-year-old Austin native. "First, 'Who am I going to record?'"

Dialtone Records founder and head of the Eastside Kings Foundation and its attendant Eastside Kings Festival this weekend (see schedule below), Stout always begins a project with a wholly realized finish in mind. Working all angles in between, he's maintained this uniquely holistic mindset for over four decades.

Stout hasn’t figured out why he’s taken on the particular, at times thankless, pursuit of showcasing the very best of Texas blues.

As a musician playing with Stevie Ray Vaughan, Anson Funderburgh, Gary Clark Jr., Elvin Bishop, Lou Ann Barton, and others, the small-business man established himself as a fixture on the Austin music scene from the very beginning. He's worked as a music publisher, licenser, and distributor for various companies, including Antone's Records, New West, Justice Records, and Malaco Records. Stout also produced and directed over 50 episodes of the television program Songwriters Across Texas from 2012-13.

Even so – and including his role as master of ceremonies for the Blues Estafette festival in Utrecht, Holland – Stout hasn't figured out why he's taken on the particular, at times thankless, pursuit of showcasing the very best of Texas blues. Or at least the cream of what remains in-state. He doesn't quite understand his own compulsion.

"Everybody's asked me that, and I have an answer," he says. "I do love the camaraderie, and when [a project] comes off, I'm very proud of it. Maybe I'm vain. Maybe I just dig being the boss man with the big cigar.

"But, that's not true. I just don't have the reason for what I do."

"It's a personal journey for him," explains one half of Austin's Moeller Brothers. "Caring about the music and thinking it's cool keeps you going. I think that we still daydream, you know, like when we were kids.

"He still has a youthful exuberance about it."

Edward Stout was born in the Texas state capital on February 22, 1956, to Marguerite, a homemaker, and Stan Stout, a lieutenant colonel in the U.S. Army's 36th Infantry Division. Stout remembers a segregated Austin partly because his father, who passed in 1995, was a terrible racist. Recalling his church-singing mother more fondly, he fell in with own his peer group early.

"My dad was always working, and my mom had her hands full," says Stout. "I was around musicians who felt the same way I did."

In high school, he picked up guitar from a friend named David Murray. The two rode motorcycles and met up with keyboardist Billy Etheridge, who played with Doyle Bramhall, Bruce Miller, and young Stevie Vaughan. Etheridge turned the teenagers on to the blues, which resulted in Stout taking in "old legends from Chicago" such as B.B. King and Bobby "Blue" Bland at Antone's.

After cycling through various bands, including a five-year stint in Dallas with Anson Funderburgh & the Rockets, he landed an apprenticeship under Elvis Presley engineer Bob Sullivan just as he founded his first label in 1984, Pee Wee Records – titled after the nickname given to his late brother Stanley Jr. Under the brand, Stout recorded psychobilly outfit Reverend Horton Heat, Port Arthur blues harpist Paul Orta, and late Ft. Worth singer-guitarist U.P. Wilson.

In 1987, an international licensing seminar led to a position at the homegrown Amazing Records, which then dominoed into working for Antone's Records, where Stout hunted licensing, distribution, and touring opportunities in Europe for label acts. Combined with a yearlong commuting stint to Jackson, Miss., while also staffing Malaco Records demonstrated to Stout that he needed to double down on Austin.

Pee Wee had closed shop by then. Eddie Stout needed to start from scratch.

A band can "come from the blues, but you can never go to the blues," he told the then doctoral candidate. "A band [that] starts out playing rock & roll can't all of a sudden do a blues record and be accepted. But a band or somebody that starts out playing blues and then gets established, they can do something different.

"You pick up a Dialtone record, you know it's going to be black and blue."

Once, his Japanese distributor, business partner, and friend Yasufumi Higurashi, who co-runs Tokyo specialty label P-Vine Records, informed Stout about a couple of 45s on a defunct California label from a bluesman named Sherwood Fleming. Stout found three members of a group the Mississippi-born Fleming performed with through a private investigator and sent postcards to their West Coast addresses. Fleming, who lived in Ventura, fathered 13 children, and had never toured, called Dialtone back and at the age of 79 cut his well-received solo debut, 2015's Blues, Blues, Blues, with the help of the Moellers.

"People in Europe love to be the first to find something new, so [international tours] were easy," adds Stout. "Even Clifford Antone once said, 'Man, you're just working with a bunch of nobodies.' I said, 'They're all great artists. Each one had backed up a legend like Freddie King or Pigmeat Markham.'"

Oakland native Birdlegg, who met Stout in 2013 during a residency at Maggie Mae's, says he entertained an offer from Chicago blues empire Alligator Records, but turned it down in favor of Dialtone because he didn't want to be told how to sing or play.

"I can't have a song being given to me, and have to do it, because I have a [contract]," says Pittman. "[Stout] said, 'I can make you one promise. I can't give you much money, but I'll tell you what, in a half an hour, your name will be halfway around the world.' That's just what I got – worldwide recognition."

Stout tells the story about the beginning of a tour with Texas blues legend Long John Hunter. Hemming the label boss up against a wall, the guitarist accused Stout for hours of harming black people and progress.

Indeed, his hulking presence in Austin's blues scene represents something of an existential conundrum: a white man, who evidently loves and plays black music, profiting from a mainly black art form in a city fast upending cultural foundations for people of color in exchange for high-end condo developments. Furthermore, it could be argued that Stout's noninclusion of blacks into the business end, at least in the long-range archival process, should be called into question.

The fuzzy truth is that while dutifully recording and showcasing the last of black Austin's direct ties to postwar blues and roots soul, it's difficult to quantify, or qualify, to what ends Stout should connect himself with a highly mobile population being physically and culturally disconnected from Austin's whole by people who couldn't care less about the history being buried. That leads to questions in the macro, like where does Stout's responsibility to the black community, at large, begin and end?

"I'm known everywhere around the world, and that's because of Eddie Stout," answers Birdlegg plainly.

"He'll say, 'I'll pay you this much for a gig,' and then take money out of his pocket," offers singer Mac McIntosh.

For years, Stout supported himself as a shoe salesperson at Macy's while working on his twin labors of love, Dialtone and the Eastside Kings Festival.

"People may see him as an opportunist, to make money on this, but that really couldn't be further from the truth," explains longtime friend and veteran guitarist Steven Fulton, co-owner of Austin Vintage Guitars. "The way he's handled things on his own hasn't necessarily been real transparent because he has so many irons in the fire, but the things he has to do to make this happen ....

"There's a misconception that he makes money."

Stout's wife Sylvia, with whom he has a daughter, is more direct.

She continues: "It's really just his love for the music. He wants to find those old-school artists and give them opportunities to have recordings where their name is up front, not just listed as a side player."

Harold McMillan, a musician, social advocate, and founder of DiverseArts Culture Works, gives Stout credit for his steadfastness in preservation.

"He has a keen understanding and appreciation that part of this work is documentation," explains the longtime black arts community leader. "People are seeing music that's not going to be here tomorrow, next year, or five years from now. Some of these guys have discographies out there, but most of them don't. Now they do, and there's a press trail.

"His records are historical documents. He knows he's preserving history."

Devil in the Details Records

Eddie Stout expresses regret in not spending enough time with Keely, his first daughter from a previous marriage. He carries that weight forward into raising a 4-year-old.

"He's an amazing father," explains his wife, Sylvia. "He's like a big kid himself, so it's got to be fun having Eddie as a dad. That goes back to the passion and connection that he has with people. He wants the best for anybody he knows. I couldn't have asked for a better man to help me raise our kiddo."

Paraphrasing writer and thinker Eric Hoffer, intense desire creates its own opportunities, as well as its own talents. Teenage Eddie Stout wanted a record label. He could see it all in front of him, though he's never enjoyed the details.

"I like to skip those," he chuckles knowingly. "Of course, we all would. I'm doing it right now. I'm doing the festival, and of course the money is the last thing when it should have been first."

Young Eddie didn't always see details either and there's a reason – an aspect that informs everything he did. Likely unknown to most, perhaps even to some of his closest associates, Stout is dyslexic.

Dyslexia causes well-known difficulties in reading, writing, and general written symbol decoding, also known as "the details." However, the condition comes with a distinct, little-publicized benefit, such as an increased spatial and broad-spectrum audiovisual awareness. In other words, even as a youth, Stout could see and hear the bigger picture, even if what they might take out of him and the failures they might create weren't clear at all.

"I think that helped me a lot because I'd already thought about being there. Then I had to work my way back."

The Eastside Kings Festival takes over the block between 12th & Chicon for two days, Saturday-Sunday, Sept. 9-10, for over 30 bands performing in eight venues. Wristbands available at Antone’s Records.

A version of this article appeared in print on September 8, 2017 with the headline: Black & Blue True to the Blues: Eastside Kings Festival Returns
"It's not three chords, it's the heart and soul of a nation!" – Birdlegg