On Austin as a metal town, and a leaked shortlist for the next Austin Music Office boss 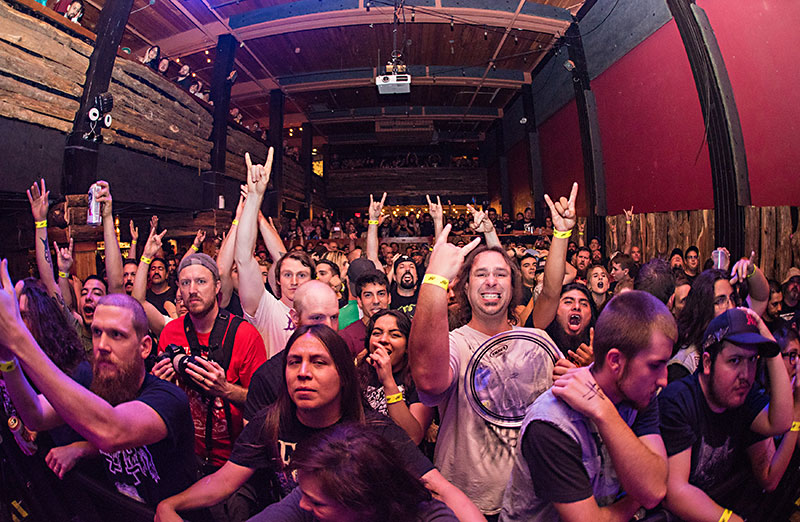 Epically debated amongst those in black T-shirts bearing illegible logos is whether or not Austin qualifies as a "metal town," an argument also known as "keeping up with the San Antonio." Our finger horns scream "hook 'em," while a similar gesture in the Alamo City translates to "hail Satan."

That doesn't mean we have no action: megabooker Margin Walker reliably presents the hippest heroes of the genre, be it doom (Electric Wizard), post-metal (Deafheaven), or powerviolence (Nails). Eastside venue the Lost Well fosters an impressive cadre of crust, thrash, stoner, and black metal bands, and even the luxurious Moody Theater brings in big-ticket acts like Slayer, Megadeth, and Mastodon. We're not Satan Tonio, but we ain't Branson either.

"Our metal scene is the strongest it's been in a while," affirms Anthony Stevenson, booker and co-owner of Come & Take It Live, the venue that's resurrected metal on East Riverside since taking over Grizzly Hall last December. "It was very strong when we had the Back Room, then it closed and we had Redrum and stuff like that trying to fill the gaps. That's when we hit a slump and everything started going to San Antonio. Now that artists have solid venues here in Austin, our metal community is definitely alive – and growing rapidly."

The recently renamed club bolsters the local metal landscape while being marketed as "genre-neutral." Stevenson has done a yeoman's job of securing roadshows that may have otherwise skipped Austin. Notable gets thus far include Superjoint, Destruction, Immolation, Alcest, D.R.I., Marduk, Upon a Burning Body, and last Saturday's sold-out engagement with Morbid Angel and Suffocation. It's a colorblind swath of extremity transcending typical ATX offerings by including critically derided, yet populous subgenres like deathcore and screamo.

Lockhart native Stevenson, whose venue and production brand are reiterated on his knuckles, which bear the ink "1836," the year the Lone Star State formally declared its independence from Mexico, began his booking career with the Texas Independence Fest. The annual event began in 2008 as a low-key pasture party and grew to host Anthrax and Killswitch Engage in April. He spent the last seven years building a small metal empire at Dirty Dog.

"Come & Take It Productions outgrew Dirty Dog, so we needed somewhere bigger," explains Ben Davis, Stevenson's business partner and longtime Dirty Dog general manager. "I was ready to make a move to get out of Downtown and he was ready to jump in and do something. A lot of Dirty Dog's staff ended up coming over, too."

In a cosmic coincidence of real estate availability, Come & Take It Live occupies the same block where once stood the Back Room, Austin's metal headquarters from 1973 to 2006. Both C&TIL owners cut their teeth there as fans, while acknowledging that contemporaneously, building 4 of the 2015 E. Riverside complex is seemingly cursed for live music. From 2012 to 2016, the room housed five short-lived tenants: Beauty Ballroom, Antone's, Midway Field House, and Grizzly Hall.

"Does it scare me to try to keep something open in a building with that stigma? Absolutely, but I like challenges," shrugs Davis, who reports they reworked a six-year lease in their names after acquiring it from Grizzly owner Jason Sabala.

In the seven months since its soft open, C&TIL hasn't been without controversy. Local artists have voiced offense to the club's practice of making bands hawk pre-sale tickets, saying it's tantamount to pay-to-play – an accusation Stevenson denies.

"What we do is we print tickets for the bands to sell. The amount of tickets we give to each band varies depending on the size of the show. Those tickets are printed and sold solely to provide a tangible way to keep track of how many people each of those bands are bringing through the door," he explains. "They don't pay out of pocket for the difference of what is unsold and they're compensated for each ticket sold, and then we know what to pay them in addition."

Meanwhile, the room's high production value and amenities – bus parking, green rooms, upstairs and downstairs bars – allow Stevenson to move beyond the booking limitations of Sixth Street. Davis says the ultimate goal is to eventually move into a larger event space through diversification. Upcoming marquee shows include the Black Dahlia Murder, Born of Osiris, and Nailbomb, but Stevenson emphasizes that the future of the venue includes working with outside promoters, like current allies Third String Productions and hip-hop luminaries ScoreMore, to increase the variety of genres they present.

"We don't want to pigeonhole ourselves as a metal venue," says Stevenson. "We're trying to get more into indie, country, hip-hop – anything and everything."

C&TIL welcomes the public and industry-types for a grand opening celebration on Sunday at 8pm.

The main desk at Austin's Music Office has sat empty since February. Don Pitts, who helmed the Music & Entertainment Division since its 2010 formulation, resigned mid-winter due to discontent with city bureaucracy. Finally, it appears we'll soon meet his successor.

"Playback" has learned that directors from the Economic Development Department (EDD) have culled the field of applicants down to seven and conducted interviews on June 23. Though EDD won't comment on ongoing personnel matters, a source with knowledge of the process says these were the finalists interviewed for the municipal music arm's top spot:

Eric Dingus notched another high-profile collaboration last week with Denzel Curry. The Florida rap breakout's new EP, 13, unfolds with "Bloodshed," a track pitting Curry's intense flow over the 22-year-old Austinite's signature hazy, nonuniform beatmaking that keeps one foot in the street and the other in the cloud. Dingus says "Bloodshed" began germinating during SXSW 2015, when Curry paid a visit to his apartment and they began creating the track. Several months ago, Curry requested the demo tracks, then finished it off. Dingus, whose SoundCloud page was required listening for Austin hip-hop heads even before Drake used his production on "Now & Forever," says his next project will likely be a collab with S.Dot and Dowrong from League of Extraordinary Gz for his Dream Sequence imprint.

Renée Zellweger donated $50,000 to the SIMS Foundation, which provides mental health and addiction recovery services to Austin musicians. The actress, who attended UT and lived in Austin during the Nineties, was presented with the Greenwich International Film Festival's Changemaker honor, which included the monetary sum, for her charitable efforts promoting ALS research and support for SIMS. The local nonprofit was inspired by the actress' onetime boyfriend Sims Ellison, bassist for major label rockers Pariah, who died by suicide in 1995. "The donation ranks among our highest individual gifts this year and allows SIMS to buffer against uncertainty caused by attempts to repeal the Affordable Care Act, which directly affects our clients," says SIMS Managing Director Heather Alden. 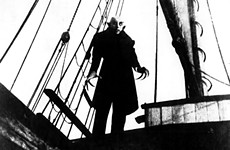 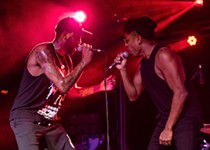