You have to understand, Margaret was in the middle of any and everything interesting that went down.

In fact, Margaret was always there, though it's hard to pin down the "when" of meeting. It was at Raul's for sure, and it was at a Skunks show, so it must have been late 1978. I remember seeing her at the front of the stage and thinking, "Well, she gets it."

Like she shepherded me, she championed my son William Harries Graham – you writing this. I still can't describe the feeling I had when she invited you to play at the Austin Music Awards to perform "Rock & Roll Street" when you were just 6 years old – the youngest person to play the AMAs. It was another example of her curating Austin music. She knew you'd be big on the scene, so she escorted you in early.

The story that sticks out the most was after you started writing for the Chronicle. You and Margaret were supposed to meet at Jo's. I thought I'd visit with her a bit. When we arrived, Margaret lit up and immediately began an intense conversation with you. I stood there a minute, and then Margaret looked over at me and made a "shoo-ing" motion with her hand and said, "Come back in an hour."

A version of this article appeared in print on June 30, 2017 with the headline: Jon Dee Graham 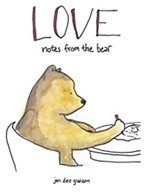