When the Queen calls, you come Even in 1977, the smart ones knew Margaret was the best fan you could ever have. If she thought you were cool, that was it. You were cool.

January 1978: At the Sex Pistols show in San Antonio, Eddie Muñoz and I give Margaret big, sloppy hugs and say, "We've got a new punk band called the Skunks. We're playing Raul's in two weeks." Next Friday, Margaret blurbs us. Our first press!

Late February 1978: The Skunks are playing some crappy club in San Antonio, and I've got the rough draft of a catchy new song with trash talk lyrics – sorry! – and the chorus, "You're a pretentious girl." Margaret and Dayna [Blackwell] are dancing, smiling, yelling all night. Others throw shit at us. After the gig, Margaret says, "We love that new song!" so I know it's a hit. Next day, I change it to, "You're just a cheap girl." History, dude.

Summer 1979: For the Skunks' first gig at CBGB, Margaret flies to NYC just to be there, see Jon Dee Graham on Godzilla guitar. The Skunks later play Margaret's first wedding reception. Very, very prestigious. Like being invited to play for the Queen.

Now: Margaret wants "Cheap Girl" at her funeral reception. Done. When the Queen calls, you come.

A version of this article appeared in print on June 30, 2017 with the headline: Jesse Sublett 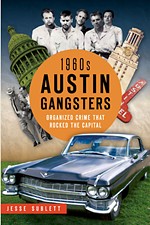 1960s Austin Gangsters
The noir novelist digs into the capital city's criminal past and unearths characters who are lively, colorful, and interesting 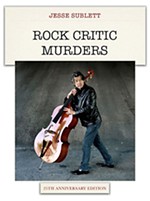