Playback: Sound on Sound Fest Is Set, but What About Fun Fun Fun?

SOS Fest dropped its lineup this week, but what of predecessor FFF? 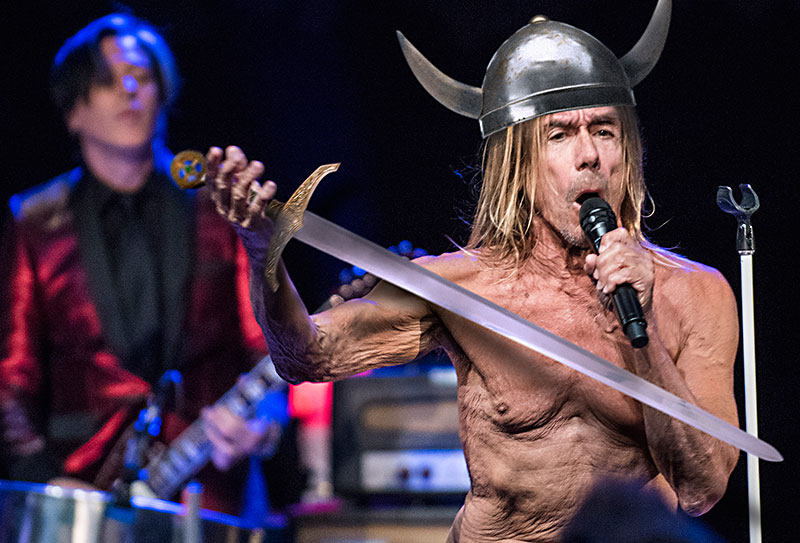 For the last dozen years, Austin's most obsessive music fans anticipate one annual announcement over all others: which acts booker Graham Williams landed for his fall festival.

From 2005 until 2015 that was Fun Fun Fun Fest, a Downtown gathering famous for half-pipes, taco cannons, and headliners like Slayer, Run DMC, Public Image Ltd, and (gulp) Danzig. Last year, after Williams and the Transmission Events partners ceded the FFF brand to investors Stratus Properties, the veteran talent buyer shifted efforts to Sound on Sound, an instantly popular music festival staged at a giant Renaissance faire village in nearby McDade.

Tuesday's lineup drop for the second SOS heralded punk godfather Iggy Pop, an artist so fundamental to the festival's aesthetic that he'll be welcomed like King Arthur in Camelot. That the 70-year-old genius wild man has been talking retirement since last year's milestone LP Post Pop Depression, whose promotion kicked off locally at South by Southwest 2016 with an Austin City Limits taping, only makes it more momentous. Meanwhile, art-punk trio the Yeah Yeah Yeahs made headlines with their first gig announcement in four years.

Even so, the festival's biggest score – analogous to FFF netting the aforementioned Slayer as well as Judas Priest, King Diamond, and in its final year at Auditorium Shores, Venom – might have been 24-year-old English doom/sludge quartet Electric Wizard, the sort of rarely U.S.-touring Euro metal act that proved elusive to both FFF and Chaos in Tejas.

"There's a good balance of older and younger acts," offers Williams. "Last year was a little heavy on the younger stuff. This year there was more opportunity for us to reach back to artists we've always wanted."

SOS's announcement also raises the question about its predecessor. In a "Playback" report last May, concluding that a Stratus-produced FFF wouldn't happen in 2016, Stratus CEO Beau Armstrong confirmed that "Beginning in 2017, Fun Fun Fun will move to Halloween weekend." At that juncture, the billion-dollar company, whose holdings famously include the W Hotel and ACL Live at the Moody Theater, was soliciting a partner to produce the festival.

Austin Parks & Recreation Department special events manager Jason Maurer confirmed that Stratus holds a standing reservation for FFF at Auditorium Shores over Halloween. On the other hand, no indication exists that anything's being planned for this fall. Williams says none of the myriad agents he deals with mentioned being contacted about his former festival.

Widespread industry rumor is that Stratus has been in talks with local Live Nation affiliate C3 Presents to produce FFF, which would occur just two weeks after ACL Fest and concurrently with its producer's New Orleans Voodoo Fest. Asked if Stratus plans to stage FFF in 2017 and if he's been working toward a deal with C3, Armstrong said he had "no comment at this time."

Sarkis, who manages events nationwide and co-owns Barracuda, says that while urban festivals have greater visibility, producing mass gatherings outside city limits remains advantageous for public safety strategies, traffic, and having fewer neighbors to impact – not to mention creating an enjoyable atmosphere.

"I'm proud of what we did with Fun Fun Fun Fest," he says, "but it was basically putting a fence around a giant park. What we found out last year at [Sherwood Forest Faire] is that our venue speaks for itself."

"I was trying to break new ground for myself," says Jenkins of Hard Sky, which features a coterie of collaborators including Survive's Kyle Dixon and his Pure X bandmates Austin Youngblood and Matty Tommy Davidson. "If I made a record that sounded like regular-ass indie rock, I would shoot myself in the head."

In his first public outing as a primary lyricist, the artist marketed simply as "Jesse" burrows deep with catchy songs serenading depression and death.

"The theme of the album is pressing against the roof of the world, trying to break free," reveals Jenkins. "It came at a time of serious changes for me as I was thinking of the concepts of freedom, peace, and rest."

Hard Sky arrives Friday as the inaugural release for Uniform Group, a label launched by ex-Holodeck Records operator Jonathan Slade and This Will Destroy You guitarist Chris King. Jesse performs in-store at End of an Ear on Sunday at 4pm. 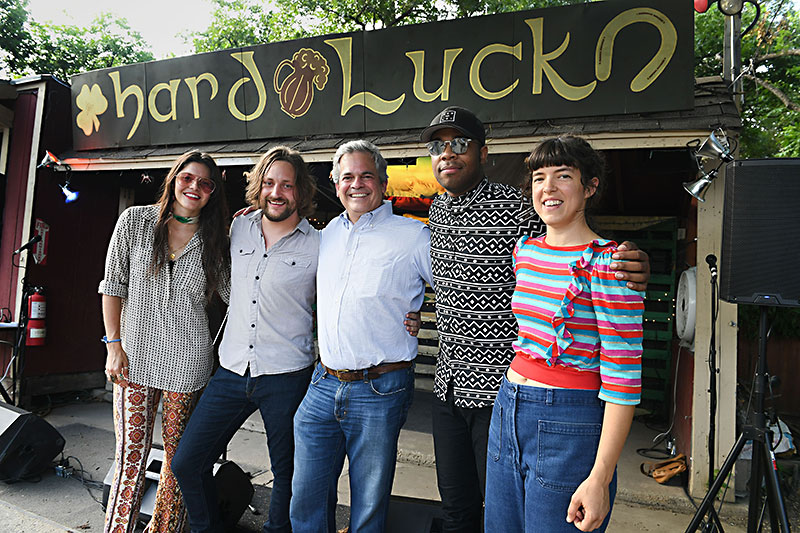 Steve Earle "Pimped" his new album, So You Wannabe an Outlaw – recorded locally at Arlyn Studios – with a packed Waterloo Records in-store on Tuesday. There, the salty master songwriter updated Woody Guthrie's "This Land Is Your Land": "I went walking, I saw a sign there/ On that sign it said Trump Tower/ On the other side, it said 'Made in China'/ Or maybe Russia, we'll have to wait and see." Earle promised his next album would be more political.

Don't be surprised if Dale Watson starts covering Tom T. Hall's "That's How I Got to Memphis." Austin's honky-tonk king has bought a home in Memphis, according to USA Today's Commercial Appeal network. Reportedly, the pompadoured songman will now split time between "The Birthplace of Rock & Roll" and "The Live Music Capital of the World." He described Austin as: "Turning into a little San Francisco" and losing its roots. Don't worry Chicken Shit Bingo enthusiasts, we suspect Watson will spend more time in Texas because they don't stock Lone Star beer in Memphis bars.