Music advocates are imploring city staff to pump the brakes on venue-related legislation. On Friday, the Economic Development Department (EDD) revealed its re-draft on Agent of Change and Outdoor Music Venue (OMV) permits, the latter blindsiding local venue stakeholders with a significant rewrite of city code regarding sound. As of this week, both policy proposals are scheduled to go to City Council Thursday, June 15.

For his part, Bobby Garza, chair of Austin Music People, sent a trenchant missive to Austin's Music Commission on Monday requesting a resolution that Council postpone the "hastily prepared" policy.

"The proposed ordinance is not only about [Agent of Change and the OMV license], but a complete repeal and rewrite of the Sound Ordinance in Chapter 9-2," wrote Garza. "There are numerous systemic issues with this approach, the most striking of which is bifurcating the Sound Ordinance into two separate places in code and potentially creating more confusion."

Garza characterized rewriting the venue-related code without adequate vetting as "dangerous," adding that the Sound Ordinance "underpins the absolute health of the entire music ecosystem."

This do-over legislation comes one month after the EDD unveiled a policy draft that was largely rejected by the music community and less than one week after Mayor Adler united club operators, EDD staff, and music advocates for policy discussions. One attendee, Empire Control Room & Garage owner Steve Sternschein, is disappointed by the subsequent re-draft.

"The changes have actually made it worse. They've snuck C-weighting – basically bass vibrations – into the code," specifies Sternschein, referring to dBc measurements moving from a club's sound impact plan to a permit-impacting regulation. "With subtle language, they're setting music venues up for increased regulation, to our detriment."

Meanwhile, Agent of Change – a proposal to improve compatibility between venues and developments – now includes hotels, but Sternschein decries the proposal's lack of building standards in terms of soundproofing for new developments near music venues, as well as the statute's hinging on clubs having OMV permits.

"Agent of Change should be a land-use principle that has to do with entitlements and property ownership," he says. "Why would we tie that to a short-term permit when there's already a very comprehensive list of permitted uses based on zoning?"

Sternschein calls the legislation "a huge setback" and believes the vote needs to be postponed in order for language to be worked out amongst stakeholders including venue operators and neighborhoods. Indeed, come next Thursday, he and other live music businesses may be lobbying Council to reject the two measures should their wording remain the same. Mary Ingle, head of Austin Neighborhoods Council – a body often in opposition to general club interests – said ANC has no official comment, but spoke on the record about the measures.

"This is not ready for prime time," stated Ingle, adding that neighborhood and music groups should work together over the summer on policy that everyone likes. "We're really not that far apart." 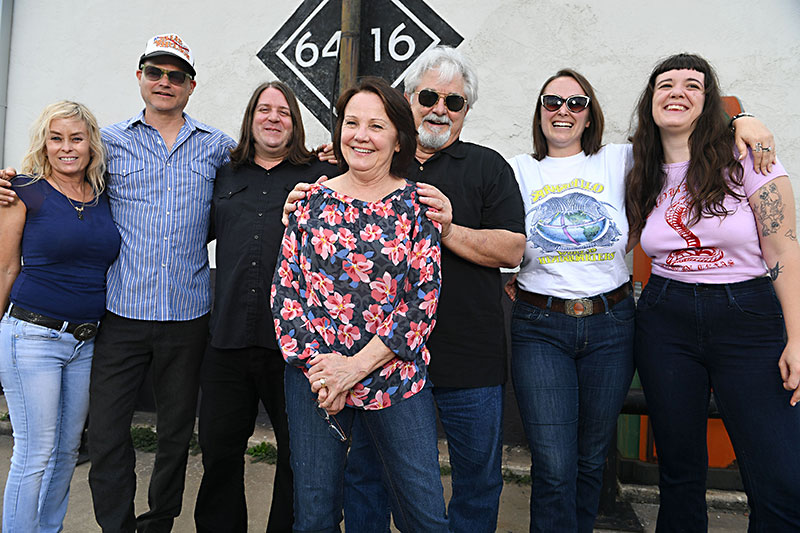 Long before yuppies employed "SoCo" and "SoFi" to describe two South Austin thoroughfares, Eddie Wilson pitched his tent betwixt the two. His Armadillo World Headquarters cross-pollinated local music culture there at the corner of Barton Springs Road, 1970-80. Threadgill's World Headquarters, Wilson's continuation of the joint his mentor Kenneth Threadgill lit in 1933 up on North Lamar (Old No. 1), has occupied its nearby spot on West Riverside since the following year.

"Three years, maybe six," estimated Wilson in 2014 of how long before a high-rise took his HQ spot.

Now, he reports a deal that will keep the Downtown landmark going for four more years.

"I'd been worried about the lease," admits Wilson, "but now Mr. [Moton] Crockett, my landlord, is the sole entity that I have to deal with, and he seems to really want me there. If someone comes in with a [viable] idea for that property, I'll have a chance to pitch making Threadgill's part of it!"

Crockett, whose family owns a dozen acres on the south shore of Lady Bird Lake, was the UT Longhorn Band director in the Fifties when he bought a massive drum for $1 in Indiana and hauled it back to Austin. It became the iconic football stadium staple "Big Bertha." He's now in his mid-90s and, according to Wilson, in "mighty good health."

Wilson's lease concerns subside simultaneous with Threadgill's getting a transfusion of new blood. White Horse and Hard Luck Lounge co-owner Denis O'Donnell – something of a new-generation Eddie Wilson in terms of homegrown impact and personality – became an adviser for Threadgill's earlier this year. O'Donnell balanced the restaurant's red-tinged books out of respect and reverence for Eddie and his wife Sandra Wilson.

"Denis and I got along right off the bat," enthuses Wilson. "He's made several [pivotal] suggestions, born of long experience in the food business more so than even his bar experience, and some of those suggestions are kind of embarrassing. Not only have I never said I was smart, but even less am I educated in the business I'm in."

Onetime Hole in the Wall GM, O'Donnell is also revitalizing music at the Downtown Threadgill's.

"Their challenge for music and marketing is to get everybody who's new to Austin to understand Threadgill's history and know what it's doing now," offers O'Donnell. "That's going to take a mix of doing what they've always done right as far as the booking goes, then expanding the programming earlier into the week and taking risks on younger bands."

Bluegrass Buddhist Peter Rowan, who played with Bill Monroe, wrote "Panama Red," and performs annually at Old Settler's, sold his house in Blanco where he's lived for 25 years and moved to Marin, Calif. Rowan told the Marin Independent Journal that while he's artistically enchanted by the Hill Country, it's become too crowded.

Andy Langer's music segments on Spectrum News have been canceled. The local music media veteran announced last week that the cable station formerly known as Time Warner Cable News, News 8 Austin, and YNN, had sacked him after 17 years. A loss for viewers, but Langer still holds the midday slot on KGSR, counts down the New Year alongside Willie Nelson, and moderates Bonnaroo's celebrity panels this weekend. 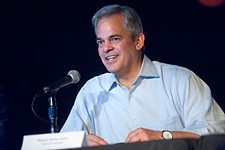