MC Sertified Arrives at a Crossroads

South Austin rapper doesn’t want to leave his hometown, but he may have to 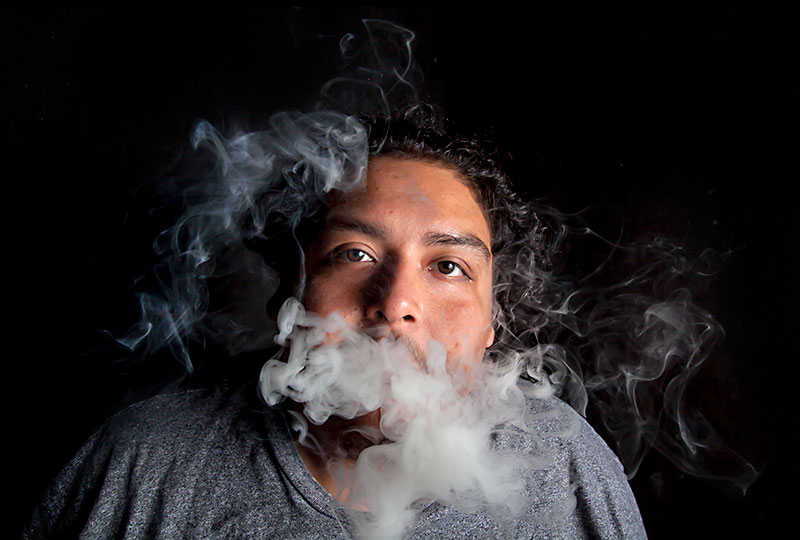 Zero qualms offered and giving no quarter, 28-year-old John David Flores Jr., who does business as upstart powerhouse rapper Sertified, is coming for you. For everyone. And everything.

On the wavy "Make Money," first track off last month's authentic, trap-drenched See Ya Soon, the South Austin native threatens with trademark nasal authoritativeness, "If I ever go broke, I'ma take your money." Then you rendezvous with him and realize that in his case "G" stands for "genuine." That's what all the locals say about "J.D."

"He's the most supportive person in the scene, staying behind all the rappers," he says. "He doesn't talk shit ever, and he's positive. He's the definition of real Austin hip-hop."

Makes sense. Flores began rapping at 4 when his mother, Priscilla Villegas, wrote his first verses for him. CEO of Power House Media, a former rapper, and decades-long industry veteran, Villegas is her son's first and biggest fan, but she's not even leading the local outpouring of support.

And yet, an entirely different off-wax persona emerges when taking audience with JDFJ, providing a messy and best comparison: coke rap veteran Pusha T. Like King Push, Flores, a polished speaker of subtle effervescence, enjoys his life's journey and its fruits. Also like the Virginia native, something simmers below the surface. It's not necessarily violence, but as a man of many personal trials, Flores and his tremendous ear for beats have been tamed by unspoken darkness.

"We all have the same weapons," he theorizes. "Some may have different talent [levels], but we all have a voice. I'm using mine effectively. It was never really my [starting] point. I was rapping and having fun in the first place, but I've come to terms that my voice is a weapon – knowing how to use it in this day and age."

Flores doesn't hide his past "crazy lifestyle" or participation in street life vices. Those experiences ride shotgun over 808-driven bars. He found his way out of a potentially life-derailing drug charge with a renewed outlook on life and hip-hop.

"That initially kick-started me to really take rap seriously, and really put my foot down and be like, 'Okay, move all my time out the way for this [career],'" he admits. "Before, I would be running around, still in the streets."

He's still in transition, as a matter of fact.

"Not that I ... I mean, I still do run around," he acknowledges. "I have fun and shit, but more so I didn't care about anything else than that day to day. As each day was coming, I was worried about that day. Now, it's more so thinking about the future, taking care of, and handling my business."

Sertified's story also unveils the next chapter in Austin's unusual relationship with hip-hop. He's unwittingly become the latest test case. There's the decades-old open question in this growing metropolis ripe with renowned festivals and the biggest hip-hop roadshows: Why has no Austin-based rapper broken into the mainstream?

Haris Qureshi, who produced Sertified's excellent and diverse 2016 effort Chips and Salsa: The Side Order, offers a generational perspective.

"A lot of guys became promoters because the payout is nearly constant, as opposed to doing a [Houston-based] J. Prince/Rap-A-Lot thing," he explains. "That never happened in Austin, because everyone with drug money was trying to throw shows, instead of having a label."

Asked what qualifies success, Flores allows his manager to intercede.

Without giving away any industrial secrets, Miller insists there are obvious, homegrown plays rap acts have failed to invoke.

"There are people in Austin willing to give you money to be a part of what you've got going on, but people don't even reach out to them," he shrugs.

Even with new avenues for cash flow, "handling business" as an Austin rapper in 2017 means potentially leaving Austin – via extensive touring or an outright move. Which leads to a crossroads where Flores must make important life decisions. He recently concluded a short regional tour and knows all too well it better prompt more extensive follow-ups.

"It takes footwork and getting out of your comfort zone, moving around," chimes in his mother.

Matt Sonzala is even more blunt.

"I really can't even talk to these rappers who don't tour at all, who don't go to Houston or Dallas or San Antonio," he says, pointedly. "There's nothing else to say if you can't at least work your region. All these guys, Wiz Khalifa, J. Cole, you heard of them because they toured. If you don't touch people, you're not going to stand out.

"He's not making money on these first tours, but nobody makes money their first tours. You just have to get out there, and he's trying."

Whether charged by the monstrous industry machine or not, many artists' careers have necessitated leaving friendly confines for advancement. Some of Flores' compatriots, including rapper/producer talents Randell "Kydd" Jones and aforementioned crewmate Holmes, relocated to Atlanta, though Jones recently resettled in Austin. Rapper/songwriter Y2 is now based in Los Angeles.

"Leaving is a big part of it," says Flores. "You have to staple yourself somewhere else, too, and prove to yourself that you can do it. Not to say that it can't be done from here. It is happening, but it's taking longer than people expect."

Unique to Sertified is the fact that he doesn't flow specific to Texas or his ethnic background. He eschews any "Latino rapper" tag in favor of a universal tack. Nevertheless, Flores' inherent star quality, live wire show, and turnkey style will enable him to relocate anywhere in the country if he chooses to make a go of it.

She adds that he has two much younger sisters he adores.

"That's really what pushes on the inside," he offers. "I don't talk about that at all, but it is what it is, and that's really a big part of what's going on with me. [They drive] me to want to continue, along with the influence I know I have on them. I have to show them that you run after your dreams."

This one is a few years old, but we couldn't resist the Austin-centric video.

A version of this article appeared in print on June 9, 2017 with the headline: Prince Push 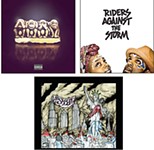