The dean of Texas songwriters’ final days, the forthcoming documentary on him, and more 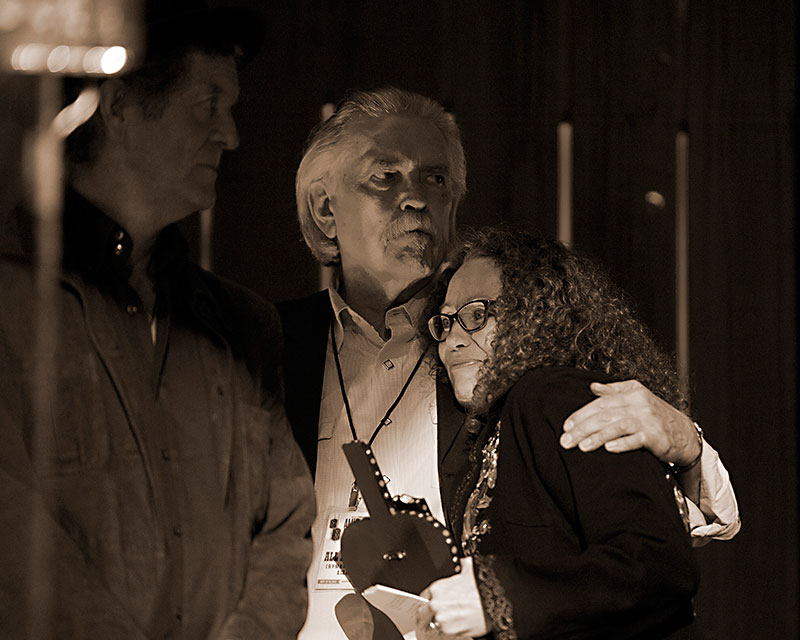 When Guy Clark died last May after a long battle with lymphoma, he had made his final wishes clear. He asked that his cremains be worked into a Terry Allen sculpture. So at midnight after the songwriter's wake in Nashville, his biographer and longtime publicist Tamara Saviano loaded a tour bus with friends including Rodney Crowell, Steve Earle, Verlon Thompson, and Guy's son Travis, and drove to Allen's house in Santa Fe, New Mexico.

“He was in a wheelchair and we were holding hands, which was not a normal thing with Guy. But he reached out and grabbed my hand, and we sat there just holding hands. And Guy was crying, which believe me, there was never any hint of Guy crying prior to that.”

Without Getting Killed or Caught, Saviano's biography of Clark, came out five months later and helped cement the compositional legacy of the Texan from Monahans (see review, Nov. 4, 2016). At its center, the author explored the complicated relationship between Clark, his wife Susanna, and their best friend Townes Van Zandt. On April 7, Austin's Texas Heritage Songwriters' Association honors Saviano while paying tribute to Clark at the Paramount Theatre with performances from Allen, Crowell, Joe Ely, the Trishas, and many more.

Remaining here in town after South by Southwest, Saviano discussed Clark's final days and the future of his estate and numerous unpublished songs, which is being handled by his son Travis. Read the full interview online at austinchronicle.com/daily/music.

Austin Chronicle: What can you say about the Guy Clark documentary at this point?

Tamara Saviano: It's still becoming what it's going to be, but the three main themes in the book were Guy's influence as a songwriter, his recording career, and his relationship with Susanna and Townes. The Susanna, Townes, and Guy thing is so compelling to me, and fascinating and heartbreaking, so the film will kind of focus on that relationship and how it inspired Guy.

I'm not quite sure what it's going to look like in the end, but one thing I can tell you, which we just decided and I'm really excited about, is that the film will be narrated by Susanna. I have Susanna's diaries that Guy gave me and all these interviews with Susanna. And I have Susanna's niece, who is a news anchor in Shreveport, ready to come into the studio and be the voice of Susanna, say Susanna's words so that Susanna narrates it.

When we made that decision, everything just made sense. So even though it's about Guy mainly, Susanna telling the story makes it so much more personal.

AC: Her story gets overshadowed and your book corrected some of that.

TS: Guy and Townes were friends for years before Susanna came into the picture. Now I didn't know Townes – never met him, so when I talk about him, it's just stuff I think from what I've learned – but it seems to me he was probably bipolar or something else, and was never treated and was treating himself. So Townes, bless his heart, was a mess, and I think Susanna had a big part in holding Townes together. In her diaries, she loved him, held him together.

Guy – and again, this is all just me – but Guy is the stoic rock. He couldn't give Susanna that more vulnerable side of himself, so she got that from Townes. And Guy was the rock for both of them, and sometimes to a fault. Guy could be tough.

At the same time, Guy is drawing from Susanna and Townes' vulnerability for his songs. To me, that relationship was just their own little world and it affected everything they did. I want to explore that more in the film.

AC: Because one can't talk about Guy without talking about Townes, how much did that bother him?

TS: Most of that happened after Townes died. Townes died in '97, and Guy was really on a roll around then. He had Boats to Build in '92, Dublin Blues in '95, and Keepers, his first live album, came out right after Townes died. [The] Americana [music chart] came in '95 and he had his first Number 1 album, and his money started getting better. So Guy was on a roll, and Townes was falling apart.

So then Townes dies, and now all of a sudden Townes becomes this mythical, larger-than-life character, and Guy's still working. Guy's at the top of his game, but now he's got to hear from everybody about how Townes Van Zandt is the greatest songwriter that ever lived. Guy's like, here I am doing this great work, and everybody's talking about Townes.

AC: Do you think he felt he got the respect or recognition he deserved?

TS: The last couple of years of his life, the Academy of Country Music gave him the Poet's Award, which they gave to Hank Williams at the same time, and Guy was on cloud nine that night because he was getting an award called the Poet's Award. And then he won the Grammy right after that. He was really happy about that.

When he won the Grammy, he didn't go to L.A., so I went to his house and said, "I wish we were there," and he goes, "Yeah, I'm finally getting recognition and I'm falling apart, I'm dying." I said, "Well you're here to see it."

And he was, but the last five years of Guy's life were horrible, painful, more time in the hospital than not. It was a long, long dying road. Even when he was doing My Favorite Picture of You, I don't know how he finished the album. It was pieced together. Chris Latham, who engineered the album, made it happen, because some days Guy just couldn't sing at all. I never believed Guy would finish it, that's how bad it was.

So I think he knew in the end that he was getting this recognition, but he couldn't enjoy it as much as he would have a little earlier. When I approached him about writing the book, I was shocked that he agreed to it, but he would joke and say, "It's about damn time somebody wants to write a book about me." So he did want the recognition.

AC: Were you there with him in his final days in the hospital?

TS: He went home to die. My mom was dying at the same time, so I saw him the week before he died, and then I went to Phoenix to be with my mom. Guy died early on a Tuesday morning, and Rodney called me Monday afternoon and told me to get on the next plane home. My flight was at 6:30am, and Verlon texted me at 3 that morning to say Guy was gone.

But the week before Guy died, I was alone with him for four hours, which was rare because in the last months of his life there was a revolving door and there were always many people around. So it was rare that I had that time alone with him.

He was still in the nursing home, right before they moved him home, and we were sitting outside. He was in a wheelchair and we were holding hands, which was not a normal thing with Guy. But he reached out and grabbed my hand, and we sat there just holding hands. And Guy was crying, which believe me, there was never any hint of Guy crying prior to that.

My mom called me while we were sitting there to give me the bad news, and Guy said to me, "Tamara, I'm so sorry that your mom and I are dying at the same time." And I said, "I am too, but we're here now."

And we just sat there. We didn't say that much to each other, but just held hands outside. I'm grateful I had those hours with him.

A version of this article appeared in print on March 31, 2017 with the headline: The High Price of Inspiration 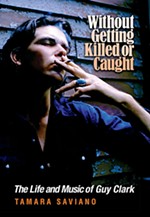 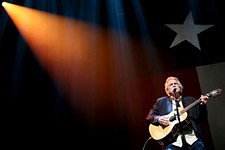