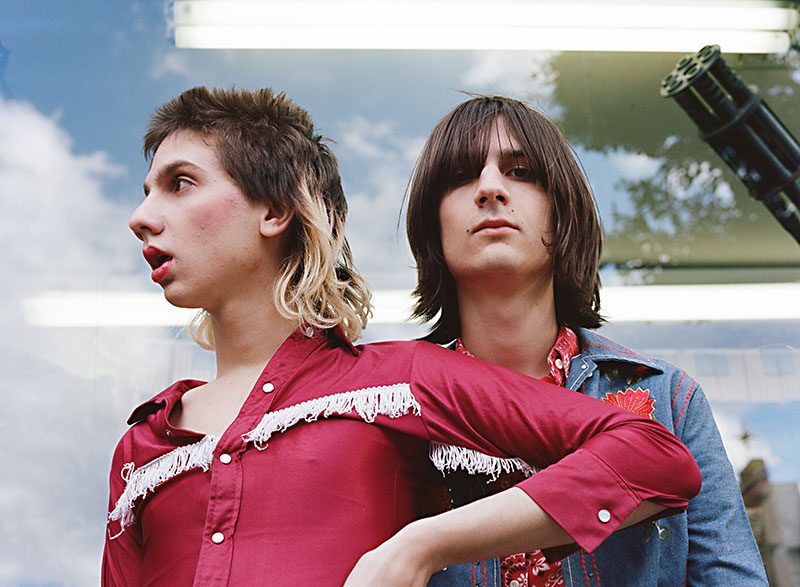 At 17 and 19 respectively, they’re bona fide wunderkinds, but it does them a disservice to focus on that narrative.

Long Island siblings Michael and Brian D'Addario have played in bands together for a decade already. At 17 and 19 respectively, they're bona fide wunderkinds, but it does them a disservice to focus on that narrative. Their sophisticated, Seventies rock-pop sound is so refined that it'd be impressive coming from musicians of any age.

And yet, after witnessing the duo's theatrical, high-kick filled, sonically perfect live sets, the whole "being teenagers" adds another layer of "holy shit." Do Hollywood, TLT's debut long-player, came out this past October on 4AD, recorded at the studio of Foxygen's Jonathan Rado in California while the brothers were on a winter break. Informed by a childhood diet of the Beach Boys and Beatles via the D'Addario's musician father, Do Hollywood combines pop with the gritty glam of Seventies Todd Rundgren or Big Star, especially with the sweetness of older brother Brian's croon sounding so much like Alex Chilton.

"The excitement for the project got me through that last year of school," explains Brian via email. "I couldn't say either my brother or I really enjoyed high school, so the experience of working with Rado had us super inspired despite having to go back [to school] after finishing work in California on the album. Recording the record was the most fun I'd had in my life."

The biggest challenge for a young band with so many tangible, spot-on sonic touchstones is to transcend mimicry, no matter how impressive the chops of the players are. D'Addario is confident that they can.

"While I'm sure we might help introduce artists of the past to some younger people, I think what we do is new and an extension of that music, as opposed to a summation of it," posits D'Addario. "And fortunately, I think the audience, young and old, understands that."