SXSW’s bubble burst? Sure, okay – if you say so. Leave the starfucking to us, then. 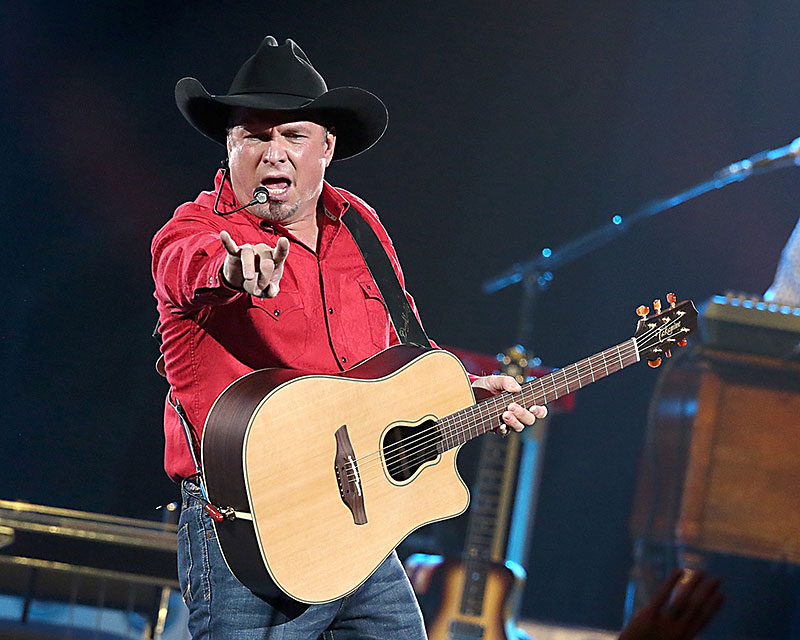 As South by Southwest dawned on Friday afternoon, I headed to the Austin-Bergstrom International Airport, posted up in the arrivals section, and waited for famous people to roll down the escalator and into my life.

The stage was set. Smartly dressed folks flipped their phones off airplane mode and exclaimed, "I just booked a meeting through Twitter!" and "Why isn't my Uber app working?!" Meanwhile, a gaggle of black-clad limo drivers held up iPads displaying the names of tech entrepreneurs and Hollywood starlets. That's when I realized there was a problem, NASA: I don't stare at my screens enough to recognize TV and tech stars arriving for SXSW Film and SXSW Interactive.

Others did, of course. One particular team of memorabilia retailers disguised as autograph-seeking fans proved particularly impressive. Their operation unfolded clinically: One person monitored arrivals from New York and Los Angeles, another stood at the top of the stairs radioing down sightings of incoming stars, and seven others riffled through materials in binders, mobbed celebs for signatures, then filed away the booty and moved on to the next.

I did recognize cult actor/director Crispin Glover, who was friendly when I introduced myself as an admirer of his weird art that wasn't Back to the Future. I didn't spot Ryan Gosling, who attended that night's SXSW premiere of Austinite Terrence Malick's new film Song to Song, already widely ridiculed for a comically unrealistic portrayal of the music industry. La La Land's hoofer must fly private.

Though no one likes to admit it, everybody loves starfucking – especially at SXSW – as evidenced by the fact that everyone in the city has posted a Facebook photo of themselves with a visiting celebrity in the last five days, Science Guy to Gucci Mane. Old news, really: Locals still can't stop reminiscing about that year Bill Murray poured them a shot of tequila, or they stumbled on Lady Gaga dressed like a metalhead at Beerland, or Prince staging the last supper at IHOP, or the time Miley Cyrus got buck naked on the Capitol lawn.

All right, I made up that one about Bill Murray.

This year, everybody's waiting to see if SXSW gets the temperature right. In recent years, the overall scene boiled over. Giant Doritos machines rising up from Downtown parking lots had become absurd, crowds unmanageable, and the biggest headlines followed random acts of violence.

Now, in the last month, there's been a general concern that the event's cooled thanks to some of the Festival's annual trademark brands and talent procurement entities – Hype Hotel, Fader Fort, Spotify House – cutting back (revisit "Playback: Collateral Events During SXSW Scale Back," March 3). That and the complete lack of early Music headliner announcements, plus Samsung not staging pop-up concerts by Jay Z and D'Angelo, has propagated a sentiment that ATX's yearly arts breeding ground and bacchanal somehow tamped down. Less action means less fun, right?

When you're dealing with a conference teaming viral events like Cannes unspooling film or Rio de Janeiro disrobing during Carnival, smaller is relative.

Crummy weather plaguing the first weekend brought out smaller-than-usual crowds Downtown. Parking could be had. Uptown, Dwight Yoakam kicked open Rodeo Austin like anything south of the Travis County Expo Center was grasslands.

That only made starfucking around the civic center that much s w e e t e r.

Prodigiously Afro'd Roots maestro Questlove threw down an immaculate three-hour mix at Empire on Friday, while Elijah Wood manned ones and twos at the A.V. Club across the street at Barracuda. Unannounced appearances by veteran rappers multiplied at every turn, including Ja Rule riling up a huge crowd at Cedar Street, Warren G regulating the world premiere of a SXSW G-Funk doc, and GZA delivering an intimate afternoon set at Whisler's on Sunday. According to one attendee, the Wu-Tang wordsmith requested a smoother beverage during his performance.

"Someone just gave me a fucking whiskey. I'm black!"

Big screen stars provided Instagram-worthy moments both north and south. In a tent on the tarmac of the old Austin airport, Shirley MacLaine proclaimed she'd be back the moment she left Planet Earth and Academy Award-nominated actor Michael Shannon gave an Oscar-worthy induction speech to local Arkansan director Jeff Nichols (Mud, Loving) – who reciprocated in kind with his speech – at the Texas Film Hall of Fame. At the HighBall on South Lamar, Jason Sudeikis bartended after a screening of Colossal, and James Franco joined his brother Dave Franco and Seth Rogen at the Paramount Theatre for the premiere of his critically heralded The Disaster Artist.

From the rock world, Pentagram goblin Bobby Liebling, in town to front a Dead Boys set with Cheetah Chrome, Johnny Blitz, and Austin's Jason "Ginchy" Kottwitz, was spotted hanging at local pool hall The Grand on Saturday night, and Chrissie Hynde shocked the 35th annual Austin Music Awards into virtual nirvana with a surprise appearance on Sunday night at the Moody Theater. Austin City Limits then opened its 43rd season by taping her Pretenders at the same venue Monday.

Even SXSW Managing Director Roland Swenson partakes in the occasional star moment, posing for a photo with chill former Veep Joe Biden and wife Jill, who pushed their cancer initiative at SXSW.

In that regard, whether you want to acknowledge it or not, the most starfuckable entertainer at SXSW 2017 – per sales volume – is country icon Garth Brooks. The alter ego of unsuccessful smooth-pop singer Chris Gaines ranks as the top selling solo artist in the history of American music and holds a local record for the fastest sellout of the Erwin Center, moving all the tickets for his 1992 appearance at the UT basketball stadium in just 47 minutes – before people had internet.

A standard-bearer of the commercial country milieu, Brooks isn't a typical SXSW personality. In true "this is Austin, not Nashville" fashion, the conference represents almost every genre of music, from mumble rap and chiptune to K-pop, more than it does radio country. Nonetheless, from the moment Brooks' Keynote conversation with Amazon VP Steve Boom was announced two weeks ago, starfuckers statewide wondered about an actual concert during the Festival. That's the sort of big splash event tailor-made for hungry news feeds around the country.

No Garth Brooks performance has been announced thus far, but SXSW has "TBD" listed for Saturday's free concert at Auditorium Shores.

Michael Sanders, guitarist for Austin rock quartet Löwin, was shot in the shoulder after being robbed on his way home from a concert Friday night. Sanders told "Playback" he was accosted by three young black men in masks brandishing handguns and an AR-15. They took his wallet and phone, then headed to a car. As he began walking in the same direction to his nearby home on the central Eastside, one of them turned around and fired a single bullet, hitting Sanders in the shoulder and fracturing his humerus, but miraculously missing all arteries. The robbers got away, and Löwin will perform as a trio for the band's three shows this week.

Evan Johns Died on Saturday at age 60 following complications from surgeries. Scorching guitarist of legend, he grew up in the D.C. area, cutting his teeth with Danny Gatton, then relocated locally in 1984 at the behest of onetime Fabulous Thunderbirds drummer Mike Buck to join the LeRoi Brothers. Johns subsequently recorded with Grammy-nominated all-stars Big Guitars From Texas and growled and twanged in rockabilly/punk/garage trio H-Bombs, which released catalog gem Rollin' Through the Night on Jello Biafra's Alternative Tentacles label out of San Francisco. Johns' touring career was stunted by alcohol-related health problems, and he played infrequently in recent years.

Swishahouse reunion, wha? Vulcan Gas Company, named for the Sixties Congress Avenue home of the 13th Floor Elevators, Johnny Winter, and more, hosts Houston swang triumvirate Paul Wall, Slim Thug, and Mike Jones on Thursday, in an event starting at 3pm and winding up with a dozen MCs and femcees including Little Simz, Young M.A, and Ro James. That just in from the Chronicle's SXSW 2017 Unofficial Parties & Free Shows page, the most viewed scroll on our website during the Festival last year. Staff and interns have worked 'round the clock inputting performances from UT dorm rooms to Lady Bird Lake.