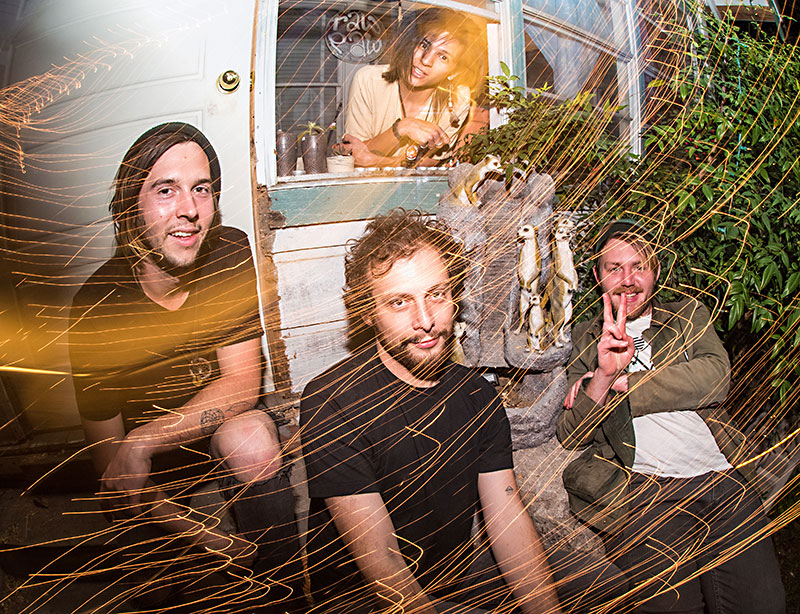 Many vowed to leave the country after last November's general election. Austin math rockers Hikes beat them to it. The quartet had embarked on a monthlong Japanese tour the week prior, breaking for a four-day recording session there.

"A shitty day," recalls drummer Chris Long. "I didn't have anything to do in the goddamn studio that day either, other than chain smoke and get drunk."

Despite the miserable turn of events, the band – Wilkins, Long, guitarist Will Kauber, and bassist Colin Jenkins – all agree they cut the group's tightest album thus far. A pair of EPs and a 2013 full-length boast sprawling compositions that switch time signatures on a dime and careen wildly between frenetic proto-metal and lush, acoustic dreamscapes – a genre dubbed "math-folk." In the land of the rising sun, they've funneled these disparate elements into a more concise, cohesive sound.

"You can tell we got better at talking to each other about how we wanted to structure the songs," says Wilkins of the new album, tentatively scheduled for a late spring or early summer release. "We weren't hurting each other's egos anymore, because we knew that it was about this sound. So all of us were just able to talk and say, 'Hey, that part's kind of in the way, why don't we try doing this?'"

Their sprawling compositions switch time signatures on a dime and careen wildly between frenetic proto-metal and lush, acoustic dreamscapes – a genre dubbed “math-folk.”

The Austinites spent the rest of their sojourn racing through city streets with guitars and luggage, trying desperately to board bullet trains to their next gig. Bands at each show would pulverize their instruments and wring every ounce of energy from their bodies, forcing Hikes – hardly slouches onstage – to up their game.

"A lot of times we play, it's a best-case scenario with a lot of friends, a packed house," says Kauber. "But there have been certain times when if we don't have that, it's harder for us to really feel it. I don't want that to be the case anymore."

As Hikes prepare the new album, they continue perfecting their incendiary stage presence for their fourth official South by Southwest. "We're definitely gonna bring the spice from Japan," promises Kauber. "We're gonna show South By what we learned."