I Got Your Medicine 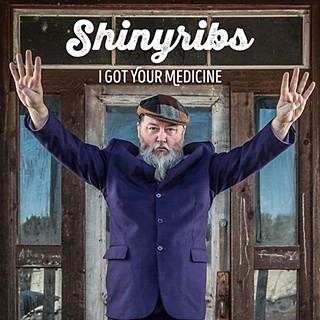 Funny how we remember music: Emotionally, not literally. First blush of the Southerly Crock-Pot that is I Got Your Medicine – Sun Records, Mardi Gras, South Austin – sepias Shinyribs' three previous albums as raunchy Golden Triangle clambakes. Revisit the kitchen powwow of 2010's Well After Awhile ("Poor People's Store"), Lucinda Williams' funnest album never in Gulf Coast Museum (2013), and the soulful, wall-to-wall hit parade of Okra Candy two years ago, however, and all rightfully ease up from the hootenanny of patriarch Kevin Russell's previous fire drill, the Gourds. Recorded at Houston's landmark Sugar Hill Studios with Oxford, Miss., "catfish music" purveyor Jimbo Mathus of Nineties swing revivalists the Squirrel Nut Zippers, I Got Your Medicine remains laissez-faire in regard to the formula of the locals' potent mash, which takes its oh-so-sweet time on the new disc's miraculous first half. The opening title tie-in sashays straight out of Memphis, smearing organ, horns, an Ikettes harmony come-on, and even some barbecue sauce all over the barroom clutch, while rejoinder "Don't Leave It a Lie" doubles down like a paddle boat on the Mississippi, Shinyribs hitting a swell of sound midway through, wherein the bottom drops out and a symphonic interlude of bass, ukulele, flute, Hawaiian sunset steel, and Russell's tender croon come to the fore. Side one betrays no missteps, zingers including infectious jaunt "Trouble, Trouble" ("Trouble comes at you 100 miles per hour, but trouble just wants to pass/ Trouble don't slow down in the curve, but trouble runs out of gas") and follow-up to Okra's "Donut Taco Palace," a flea market ditty bordering out of novelty into absurdity and thus a pearl in the catalog, "Tub Gut Stomp & Red-Eyed Soul." Time to mixtape Russell's song carnies (i.e., "Bolshevik Sugarcane" from Gulf Coast Museum). Organ-lined ballad "I Knew It All Along" demonstrates that all those Nathaniel Rateliffs and St. Pauls never met a soul lament they couldn't oversing. And whatever Russell paid harmonic twosome Alice Spencer and Sally Allen wasn't enough. Peak LP Okra Candy fried up all originals, whereas its two predecessors cooked up a choice cover each (Sam Cooke's "A Change Is Gonna Come" and Harold Melvin & the Blue Notes' "If You Don't Know Me By Now," respectively). I Got Your Medicine ladles out three whole tablespoons of drank in the Houstonian Fifties R&B treatment of Ted Hawkins' "I Gave Up All I Had" (whose 2015 tribute Cold and Bitter Tears: The Songs of Ted Hawkins was overseen by Russell), the best version of Allen Toussaint's "A Certain Girl" since the 1965 Yardbirds, and Toussaint McCall's "Nothing Takes the Place of You," one trip to the well too many. The latter pair opens side B, of which the bottom mostly drops out, save for the giggles of "I Don't Give a Shit," twanged banter by the boss and Spencer. Otherwise, there's no glossing over the underwritten "Ambulance" or queso closer "The Cross Is Boss." In time, all will recall I Got Your Medicine as one of Shinyribs' finest elixirs. (Album release: Gruene Hall, Fri., Feb. 24) 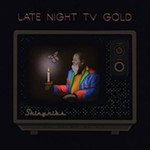 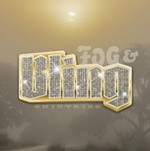