The Crazy World of Arthur Brown

The sometime Austinite tours the U.S. for the first time since 1969 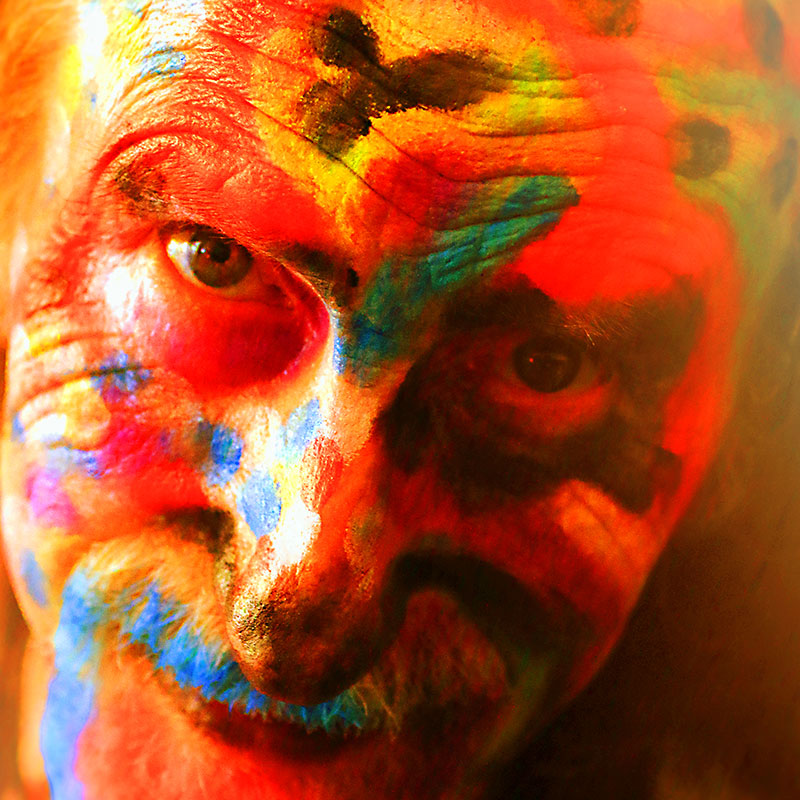 Hell of an intro, that, fueling Arthur Brown's incendiary 1968 single to the top of the charts. "Fire" burned all the way to No. 1 in the singer's native England and reached the penultimate chart spot in America. Sales worldwide topped 1 million.

Now 74, the father of shock rock spent the better part of two decades in Austin (revisit "Fireman," Aug. 25, 1995) and still visits his son here for a month or two every year. He remains tall and lanky, with a gray beard and piercing green eyes. Beneath the flames and behind the makeup is a gentle, curious, introspective man. A devilish grin betrays an existentialist rather than satanist.

"When I started Crazy World I didn't want to sing about cars and girls and all that," he remembers. "I wanted to do a piece about an inner journey. My father had been in the war and had PTSD, as did my mother. Both houses we lived in were rendered into dust and family members killed, so they were both pretty shell-shocked.

"As a result, the family was a bit emotionally rough. One day my father said, 'I've brought a man who is going to teach you to empty your mind.' As a result of that, I was more interested in the inner journey in life.

“My dream is a dance club where it picks up your brainwaves when you walk in and forms them into sound.”

That psychic exploration along with romantic English poets like Shelley and Byron served as lyrical inspiration for the good and evil being grappled with on The Crazy World of Arthur Brown.

"It was all a quest for freedom," he says.

Brown cribbed from early American blues artists and loved the exuberance of Little Richard. Witnessing James Brown live in 1965 resulted in covers of both Brown and Screamin' Jay Hawkins on the 1968 debut. While the act blossomed in England, the seeds for the band had been sown years prior in Paris.

"Where I was playing was a completely wild club and we became the big thing of Paris," he says. "People like Rahsaan Roland Kirk and Salvador Dalí would come down to watch. We were one of the main bands that perpetrated R&B in Paris at that time. It was the beginning of flower power, and the audience were in altered states. They were completely wild. I found a cardboard crown with candles on it outside my seedy hotel.

"That was the first version of the fire helmet."

Back in England, the headgear took on a life of its own.

"Next I had a vegetable colander with candles on it, but the wax used to go through the holes and trap my hair in it. From that we decided on a sort of pie dish full of petrol. The roadie who lit it would stand as far away as he possibly could because when it ignited, it caused quite a big whoooosh! The strap under my chin made it difficult to sing and there was a screw that held the plate onto the strap so the heat would come through the screw and onto my skull. It used to wobble and spill all over the place and I would catch fire, and the floor would catch fire. It was pandemonium.

"And the helmets used to be so heavy. It was like an elephant on my head, for chrissakes! Then we would end the act with sulfur smoke bombs.

"You'd come off every night with a headache and sore throat."

Crazy World arced one of rock's proverbial shooting stars and by 1969 had burned out. Brown turned down an invitation to start a group with label and tour mate Jimi Hendrix, instead forming Kingdom Come, a pioneering prog band that released a trio of experimental LPs in the early Seventies and was among the very first groups to use a drum machine. Brown two-stepped to Austin in 1980 after marrying a Texas gal he chanced upon at the airport in Istanbul.

"I was told if you wanted to make money, New York and L.A. was the place to go, but if you're more interested in bringing up your family holistically then the place to go was Austin."

Naturally, the God of Hellfire followed in the professional footsteps of Jesus of Nazareth.

"In those days, if you played music in Austin there were always good audiences but you weren't gonna make any money," he acknowledges. "So lots of people went into construction or some alternative. I became a carpenter and played music at night with some local guys."

"Jim would lead the session, which left me free to listen for the deeper undertones floating around," recalls Brown. "Then I would improvise a song or poem, and at the end of the session we gave them a recording. I think it was People magazine that did an interview about it and the headline was, 'From God of Hellfire to Singing Shrink.'"

When not visiting Austin, Brown lives with his girlfriend in a yurt on the southern coast of England, a quiet and pleasant existence. There's the occasional European tour, but most days are filled with long walks, practicing yoga and qigong, and singing in the woods ("simple things, really"). Brown still relishes experimenting with new technology, as an ongoing collaboration with a pair of scientists indicates.

"We can attach [a helmet] to a synthesizer and it will make music depending on the rhythms of the brainwaves," he exclaims. "If you're improvising in music, every note is a decision. I wanted to control that decision-making area of the brain so that in real time, the sound that comes from my brain turns to music. If I think of a note, it comes out, and I can put it on whatever instrument I like.

"My dream is a dance club where it picks up your brainwaves when you walk in and forms them into sound. Your friend comes in and you have interactions, or even conversations, so you have interlocking sounds coming out. When you have about 10 people together, that's the music and you can dance to it, and there's nobody playing anything.

"They wanted to do away with performers and let DJs just do it, but now we can do away with them altogether too!"

Back-to-back nights headlining at Barracuda over a cache of openers who could fill the club themselves (Pallbearer!) marks a stop on the first stateside Crazy World of Arthur Brown tour since 1969. The GOH has a new modern and lightweight fire helmet, one that doesn't slosh gasoline everywhere, though he's still negotiating which venues allow pyrotechnics. Every night, Brown howls that infamously demonic intro, a one-hit wonder if ever there was one.

"The point of music is not to be famous but to have beautiful feelings expressed and convey that energy to the audience," offers Brown serenely. "If you get joy out of making music, that's far more important than chart success."

A version of this article appeared in print on February 17, 2017 with the headline: I Bring You F I R E 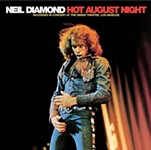