In the war room, afternoons were spent spitballing, strategizing, scheming, and dreaming up performances for the 2016/17 Austin Music Awards. All the generals were there: Charlie Sexton – rock royalty guitarist with a Rolodex on his phone likely second only to Rock & Roll Hall of Fame co-founder Jann Wenner; Celeste Quesada – the show's pragmatic organizer with a knack for bringing ideas to life and herding cats like …; Louis Black – the boss of big-picture brilliance; and Raoul Hernandez – ruthless rock critic armed with a notepad of ideas and lofty standards safeguarding the event.

"They're puppy dog cute," he credited one suggested band, "but not ready for the AMAs!"

It's this meeting of the minds from which springs forth Austin's equivalent to the Grammys.

Me? At best, I'm a mid-level adviser with a seat at the table – right next to the free snacks, tossing in my two cents where appropriate.

"Let's get Survive to play and have the blinking Christmas lights from Stranger Things in the background," I proposed.

Everyone thought it a good suggestion. After all, no Austin act had a bigger 2016 than the local synth quartet that soundtracked Netflix's smash hit and released an LP on Relapse. Alas, they said nyet.

One holy grail guest, Neil Young, isn't making the trip to Texas this South by Southwest, and George Strait already put in his March appearance last year at Ray Benson's GSD&M birthday bash. Organizing such a community event with a small budget isn't the biblical "ask and ye shall receive." Rather, it's a dog-eared yellow legal pad inked with scratches, circles, and too many question marks.

The method's madness, but the goal remains to create something special, memorable. In this year's case, that means an extravaganza representing both the moment and 35 years of history, appealing to old-schoolers and youth alike, and ultimately yanking artists out of their comfort zones for unique performances. In other words, an Austin showcase both for locals and global tourists. When the lineup's ready for press, the reaction better be, "Damn. That turned out good."

We nabbed some of the best Texans ever to emerge from the Lone Star State for a Moody Theater blowout Sunday, March 12. Masterful panhandle poet Terry Allen, who recently put on a mind-blowing performance at the Paramount Theatre, receives a new accolade honoring excellence in song: the Townes Van Zandt Award. He and at least one guest (Joe Ely) slot in after a Texas songwriters lineup featuring Lyle Lovett and Steve Earle, the former duetting with the vintage vocal ecstasy of Kat Edmonson. 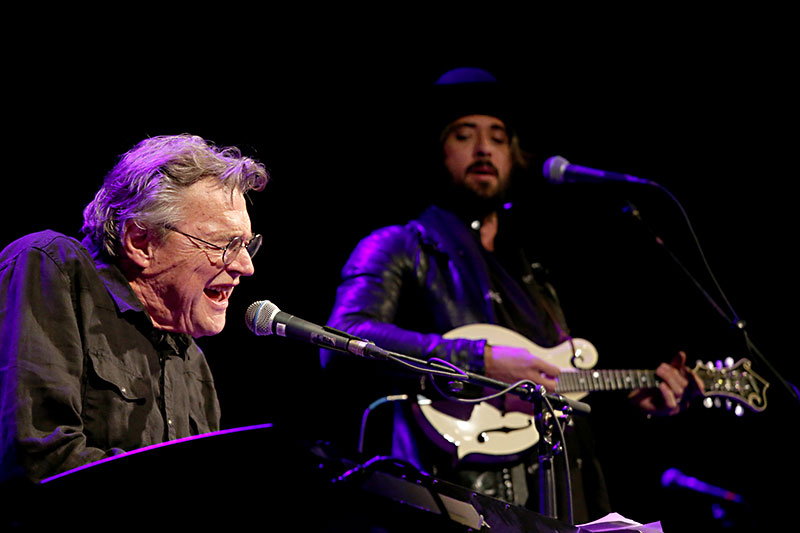 That's all we can currently confirm for the show, hosted once again by KUTX firecrackers Laurie Gallardo and Rick McNulty. Of course, it would be totally out of character for the AMAs if there weren't some surprises in store. Snag tickets now at austinchronicle.com/ama. They will sell out.

C3 Presents diversifies its entertainment empire with a record label. C3 Records has already signed one act – raspy-voiced youth Welles – and have contracts in the works with two other acts also managed by the Austin-based company, which sold a controlling stake to Live Nation in 2014. C3 Management Division President Matt Shay, a 15-year label veteran who worked A&R and marketing for Stone Gossard's Loosegroove Records and RCA Music Group, heads up the venture, which will utilize C3's existing radio staff, digital team, and creative department. He considers C3 Records another resource that artists working with the company can take advantage of. "It could be for major artists who need a label, developing artists that we're taking on as management clients, or anything in between," posits Shay.

Don Pitts shocked Austin's music community Tuesday by resigning as program manager for the city's Music & Entertainment Division, a position he's held since the office's formation in 2010. "I realize it is time for me to not work within a bureaucracy any longer," he wrote in his resignation letter. Pitts had been on administrative leave for a month while being investigated for what a high-placed civic source confirmed to "Playback" was whether he violated city procedure in the way he disciplined a former music office employee back in 2014 after he discovered wrongdoing on her part. That source was optimistic he'd be reinstated, but Pitts didn't stick around to wait for a judgment. He plans to continue music advocacy in the private sector.

Scoot Inn and the Parish are once again working with C3 Presents for booking, confirms GM Mikey Wheeler. Both venues' calendars of ticketed shows have been unusually barren since last fall when parent company ATX Brands ceased working with outside promoters, such as C3, to utilize Nashville-based Madison Entertainment and in-house booker Austen Bailey, who soon left the company to book the Mohawk.

Thor Harris' Twitter account was temporarily suspended late last week after he posted a video about how to correctly punch a Nazi. "Don't do it. Peaceful protest is better," the charismatic percussionist – known for his work with Swans, Shearwater, Adam Torres, and (coincidently) Nazi Gold – advised, then offered three tips: hold your wrist straight, keep your elbow loose, and punch through the face. The clip was met with applause and controversy, including someone flagging his Twitter profile for featuring hand-drawn penis art, which caused his short-lived suspension.

Speaking of Nazis: An anti-racist group protested outside Grizzly Hall on Monday, raging against an appearance by black metal band Marduk. Protest organizers charged the Swedish group with having white supremacist ties and profiting off Nazi imagery, igniting an online debate about whether the group's frequently employed German World War II symbolism is ideological or artistic. Any specific pro-Nazi affiliation regarding Marduk remains significantly less clear than that of one current White House adviser. Despite calls for a boycott, the concert was well-attended.