Playback: Shorter Hours Could Be Coming for Venues During SXSW

Another clubs ordinance change drops right before the Festival 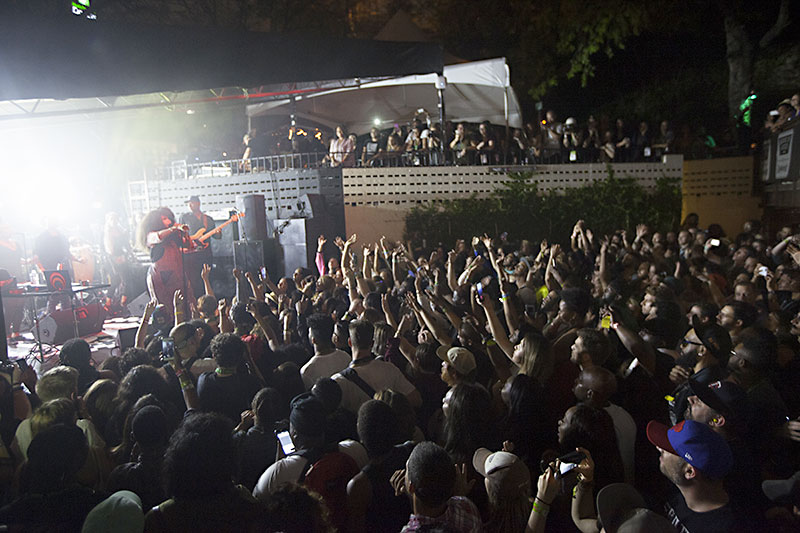 While City Council approved a pilot program testing out later music curfews for Red River's outside stages last week, new restrictions have come to light that could potentially impose earlier-than-normal cutoff times for outdoor music venues during South by Southwest, the most profitable 10 days of the year for Austin clubs.

'Tis the season for another permitting controversy.

Last February, event producers blew gaskets when Austin Center for Events (ACE) stopped accepting temporary event applications before the stated calendar deadline. Exactly 52 weeks later, venue operators are sweating a widely circulated email from ACE saying they've approved new sound cessation times for Outdoor Music Venues (OMV) applying for extended hour permits: 1am, Sun.-Wed, and 1:30am, Thu.-Sat. Usually, clubs are able to host open-air music until 2am from the second Friday to the third Sunday of March. The restriction would amount to seven and a half less hours of programming for venues including Mohawk, Stubb's, and Cheer Up Charlies.

Mohawk GM Cody Cowan says each hour during SXSW represents several thousand dollars in bar sales for his business. An earlier curfew would also throw his venue's curating into chaos – affecting contracts that have been signed since September.

"There are negative economic consequences all around for it," says Cowan, noting that SXSW accounts for approximately one-third of his venture's annual earnings. SXSW Managing Director Roland Swenson is keeping close tabs on the situation.

"We have 17 venues that might be affected during SXSW, but this has a much broader impact than just SXSW, as it reaches throughout an already struggling downtown Austin music venue landscape," Swenson explained via email. "We're waiting like everyone else to hear what their final decision will be. It's my understanding that there has been a lot of push-back from the venues. And we've already scheduled quite a few shows ending at 2am at the affected venues."

Alejandra Lopez, deputy director of the city's Economic Development Department (EDD), says earlier cutoff times are "not set in stone" and that they were born of safety concerns from the Austin Police Department. APD and the EDD's Music & Entertainment Division are both part of the interdepartmental ACE team, which oversees the planning of special events.

"I can tell you what APD told me: that it's about crowd control, line queuing, and traffic," says Lopez. "If all shows end up going late, then let out at the same time. They're concerned about how orderly that will happen, whether there's street closures or not."

Like last February's permitting blowup, quelled when ACE decided to accept additional applications, the city already appears to be walking back curfew limitations. Lopez doubts there will be across-the-board implementation of earlier cutoff times, but extended hours permits will be reviewed on a case-by-case basis. ACE added a questionnaire to OMV applications, inquiring whether anything has changed in how they operate the rest of the year in terms of sound, line queuing, security, commercial loading areas, and emergency exits. She says that information will be shared with APD, Transportation, and other ACE departments. That group will collectively decide if there are any concerns needing to be dealt with, including the possibility of an early curfew.

"We're ultimately the ones who say yes to extended hours, but we're hearing what our APD and other departments' concerns are," concluded Lopez.

"It's turned into a new beginning," says Josh Logan of Chief White Lightning, the side project now eclipsing his decade-old Austin trio the Blind Pets. The singer/guitarist inked a deal with L.A. indie label El Camino Media, home to Veruca Salt and Skating Polly, for this summer's CWL debut LP Donut Feel Good, which marks a notable departure from the nutsack-swinging rock & roll of the Blind Pets with a collision of Kinks and Mikal Cronin. The album, composed and arranged by Midnight Stroll instrumentalist Jonas Wilson, was recorded in Portland, Ore., last year with Battleme's Matt Drenik, formerly of Austin band Lions.

"It was literally a culmination of my 12 years in Austin," says Logan.

Last month, the frontman left Austin for Long Beach, where he's managing a music venue called Millworks. Connections to the Blind Pets and Austin remain, but he couldn't turn down opportunities sprouting out west.

"These days I'm believing that impossible is possible," he smiles.

Donald Trump's immigration ban doesn't sit well with South by Southwest organizers, who said they were "alarmed" about an executive order suspending admission into the U.S. from Iraq, Iran, Libya, Somalia, Sudan, Syria, and Yemen for 120 days.

"We stand against discriminatory laws and unequivocally support civil rights for all persons everywhere," read a statement from the Festival. "Participation by speakers, artists, and filmmakers from around the world is crucial to the creative mix of ideas that makes our event meaningful."

Iranian art-rock vocalist King Raam is being forced to cancel his appearance at SXSW.

"I am terrified to come to the USA to be detained and ridiculed at the border," says the dual Iranian/Canadian citizen who's toured America several times. "Since our country is on that wonderful list, our lawyer advised us against making any attempts to enter the U.S. as he fears that we will be rejected at the border under this new rule."

Raam calls music a "universal language" that unites people and views Austin's annual March madness as a celebration of diversity and inclusion: "SXSW is what America really is and should aspire to be like."

It's currently unclear if travel plans for Libyan women's rights advocate Dr. Alaa Murabit, booked to speak at SXSW, will be impacted. The Festival regularly hosts participants from the banned country list, notably Syrian techno vocalist Omar Souleyman, who warmed hearts at SXSW 2013 with a concert raising funds for the Syrian Red Cross. 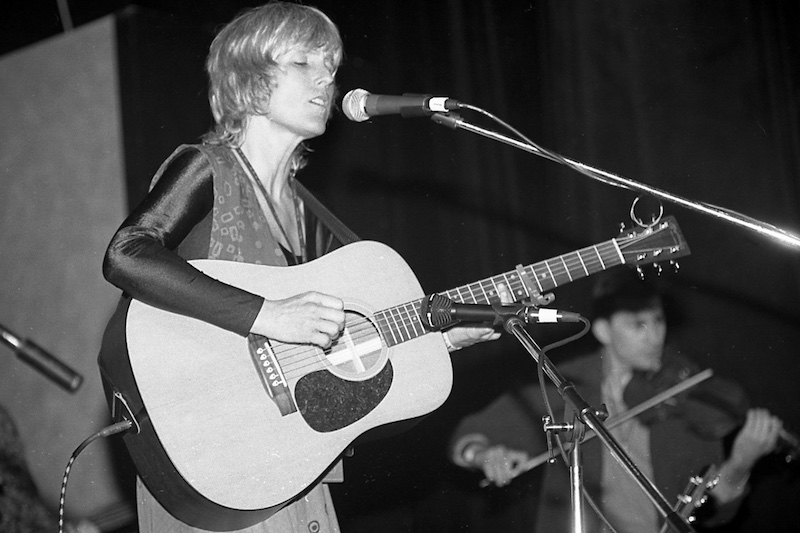 Two Nice Girls guitarist Laurie Freelove, 60, died in Kyle on Jan. 22 according to a funeral home notice posted by her family. The seminal, openly queer Austin pop trio of Freelove, Gretchen Phillips, and Kathy Korniloff operated 1986–92, though Freelove left to pursue a solo career in '89 and was replaced by Meg Hentges. After IBM moved her family through Europe and the Middle East during her childhood, she received a degree in art at the University of Maryland before moving to Austin in 1980. Record contracts for both TNG and her own solo career transpired through SXSW. "It amazes me how Two Nice Girls has opened doors for me," she reflected to the Chronicle in 1997. "I had quit after the first album was made, but it made a lot of money and had a very huge touring audience, and industry people know the success of that."

Mayor Steve Adler endorsed virtual tip-bucket app TipCow during Saturday's State of the City speech, commending it as a marriage of two of Austin's strengths: tech and music. TipCow CEO Chris Bush says Adler's public backing resulted in a quick 86 app installs, 34 fan sign-ups, and five artist sign-ups – though he noted that you can use the app to tip bands without having an account.

Shakey Graves releases his full discography, including demos, rarities, B-sides, and live cuts, on Bandcamp Feb. 9-11, downloadable at a price of your choosing. To help counteract "our new president's disgusting vision of America," the homegrown troubadour will donate half the sales to a good cause suggested by fans at potentialnudity@shakeygraves.com. Next Thursday, Graves storms Mohawk for a song swap with David Ramirez and Rayland Baxter – promising "fart jokes, storytelling, and kumbaya" – then plays a full set with his band. Tickets ($10) are selected lottery style, ending Friday at noon.