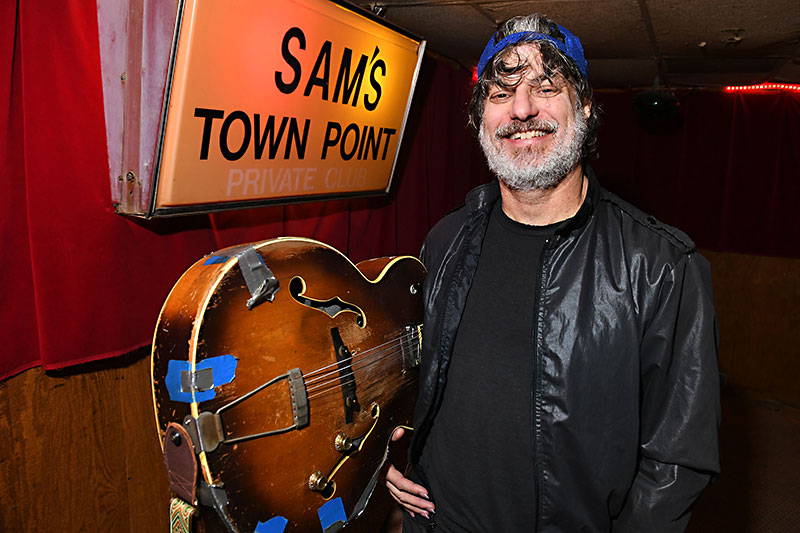 In a city where bars reek of contrived concepts, the live music tavern off Slaughter Lane remains spectacularly unpretentious with its beige paint job and ever-present aroma of deep-fried food. It's not the kind of place you find by accident – unless you're Midwood (revisit "Frank's Wild Years," Dec. 6, 2013). Fourteen years ago, he took a wrong turn en route to a Super Bowl party and found the homey old beer joint concealed in a South Austin neighborhood.

"There was this sign that said 'Private club – open mic,'" he recalls. "I looked at the place and said, 'I've found it. This is the place where I'm going to play, and if it's good, people will come.'"

Midwood had just moved to town from Los Angeles, and Austin was kicking his ass. He had trouble scoring gigs and his naive expectations for South by Southwest resulted in a major letdown. Having released his future cult classic Shootout at the OK Chinese Restaurant, Vanguard Records flew his band in from California only for them to play to a disinterested crowd at an Irish bar.

"I woke up the next day and saw my picture on the cover of the Statesman," he sighs. "It said, 'Ramsay Midwood delivers a terrible performance.'"

Downcast but resolute, Midwood played well enough at Sam's open mic night that boss man Wally Grossman offered him a Wednesday residency. He's since been a fixture at the joint, booking their popular "South by Sam's Town Point" series, and developing a tight relationship with matriarch Penny Grossman. Last fall, when Midwood caught wind of a real estate listing for the 4-acre commercial property at 2115 Allred, he implored Penny to seek more than the $2.25 million asking price and ended up a partner at her request.

"People who got married here had wakes here," says the new small-business co-owner. "Musicians met here and played their first Austin shows here. It's contributed so much I didn't want to see those memories torn down so someone could build a mixed-use space."

When Wally Grossman perished in a motorcycle accident in 2011, Midwood's condolences to Penny and offer to cancel the evening concert was met with her telling him, "The show must go on." That rings true now as Midwood helps continue the legacy of the 31-year-old bar with music most nights of the week. Saturday brings platinum-voiced country singer Lucas Hudgins, Thursday loads Fingerpistol, and next Friday lights up Wild Bill's "Joint at the Point" series featuring Carson McHone, Evan Charles, and eight other Austin songwriters.

"The big psychic shift was when Penny presented me with the LLC that read Midwood & Grossman," marvels Midwood. "Then I walked out, saw a fire pit that was a trip hazard, and was like, 'Somebody move these rocks!' Now I'm the one who's gotta make sure shit's taken care of."

One of the city's finest record shops has closed its doors. Friends of Sound, the South Congress vinyl bunker with a constant stash of rare 45s that attracted international DJs, wealthy collectors, and famous musicians, shuttered this month after an 11-year run. Owner David Haffner said landlords plan to renovate the space and rent would've quadrupled. Their inventory has been hauled to FOS's San Antonio location.

Meanwhile, another crate digger's paradise opened in the '04 with Mindzai Art & Vinyl. The shop, a combination art gallery and used wax emporium, features a stellar selection of records with DJ appeal. Of their 2,000 units, half are hip-hop LPs and 12-inch singles and half spin a spectrum of soul, jazz, R&B, and funk. Friday, "Playback" snagged Public Enemy's Fear of a Black Planet, Ike & Tina Turner's Live at Carnegie Hall, and Bobby "Blue" Bland's Portrait of the Blues.

Sister business to Atlanta's Beatlab, the store opened last month at 700 S. Lamar with a one-year sublease by principals Scott Weatherwax and Vanessa Sais. The latter says they've seen promising interest from Austin's DJ community and plan to add a room with additional audio gear soon. Bands can also order merch – including embroidered patches and enamel pins – at their nearby print shop. 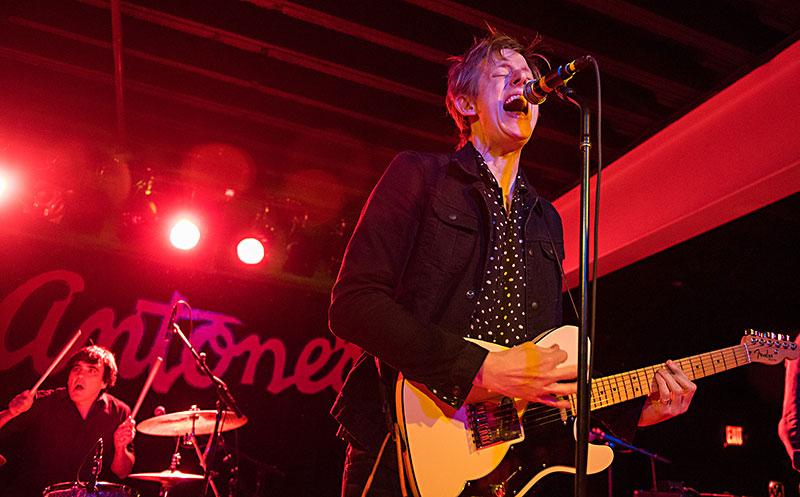 "Thanks for coming to our rehearsal," grinned Britt Daniel to a capacity crowd at Spoon's pseudo secret show last Friday night at Antone's. "We've been working on new songs for the last year." Previewing the locals' upcoming Matador Records release, the slow synth-heavy "Whisper I'll Listen" found the frontman discarding his guitar and sinking into the song's thick atmospherics, singing, "Someday you won't be so alone." The Bowie-reminiscent "Talk You Into It" came off single-worthy and "Can I Sit Next 2 U" arrives as the funkiest Spoon to date. The quintet sounded unreasonably tight considering it was only their second show since November 2015, ending the 40-minute encounter with perfect closer "My Mathematical Mind." Daniel boasted a big smile throughout, offering to buy a beer for one fan in a homemade Spoon shirt, interacting with a persistent song requester, and eventually leaving the stage with a fist in the air.

Terrence Malick's Sound to Sound will premiere at SXSW. The "modern love story set against the Austin, Texas, music scene" stars Ryan Gosling and Rooney Mara as songwriters, Michael Fassbender as a music mogul, and Natalie Portman as his love interest. The Austin director filmed scenes with the Black Lips at ACL Fest and Fun Fun Fun Fest in 2012, the latter featuring comical interference from Val Kilmer evoking Jim Morrison. Dozens of Austin musicians, recruited as extras, will finally get to see if they made the cut.

Doug Evans, 53, died Dec. 28 of undisclosed causes. Like the tattoos on his knuckles, the Didjits bassist lived "loud" and "fast," eventually landing in Austin where he and partner Merilee Kuchon founded the moto-rock trio Blower, in which Evans wore a metal helmet and face paint while singing songs like "Hot Wheels, Cold Beer, Big Titties." Friends celebrate his life at the Lost Well on Jan 21. No collared shirts or crying allowed.

Agent of Change: City officials laid out a draft of the first come, first tolerated principal at Monday's Music Commission meeting. The key concepts require new developments to acknowledge nearby venues or residential areas in their building plan and to disclose potential proximity issues to neighbors before any legal documents can be signed. It also calls for updating the city code charter to say that if a venue is compliant with its sound impact plan, it cannot be considered a nuisance. The proposed measure is expected to come before City Council this spring.

The 12 People You Meet at Sam’s Town Point, Austin’s Real-Life Roadhouse
You’d never know the South Austin honky-tonk is there, but wait 'til you meet its cast of characters