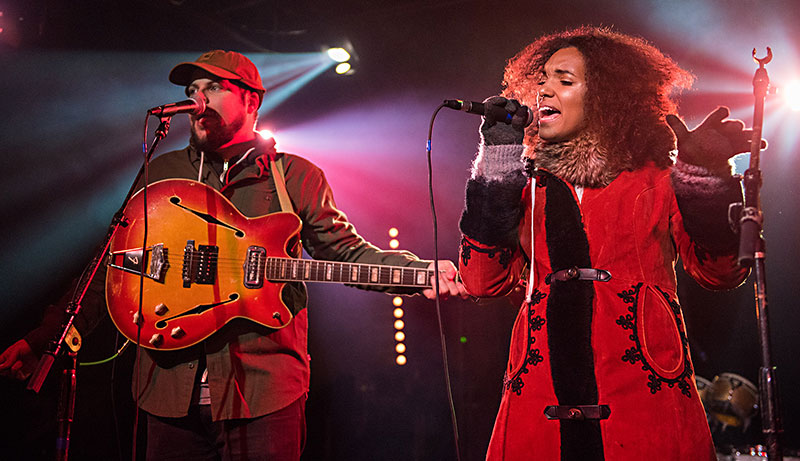 Chill Russell proved an aptly named outfit to jump-start Empire's outside showcase, Friday's frigid temps keeping the crowd intimate as the local quartet powered through last year's pair of psych-infused EPs. A. Sinclair then blazed through eight songs in 25 minutes. Guitar onslaught, 2016 debut Get Out of the City rang "Let It Go" like Band of Horses' aggressive side, while the title track rolled a restless highway anthem and "Suit Up" closed with the bandleader and fellow guitarist Michael Booher on their knees in a shred-off.

Darkbird's Kelly Barnes also broke through the cold with a fiery, dramatic flair. The quintet's goth-tinged ballads soared and twisted against a moody, melodic wave of guitar carrying Barnes swooning "All There Is" with a Neko Case-like vocal power. "Lost Dogs" drove a growling intensity. 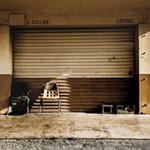 Get Out of the City
A. Sinclair makes its mark