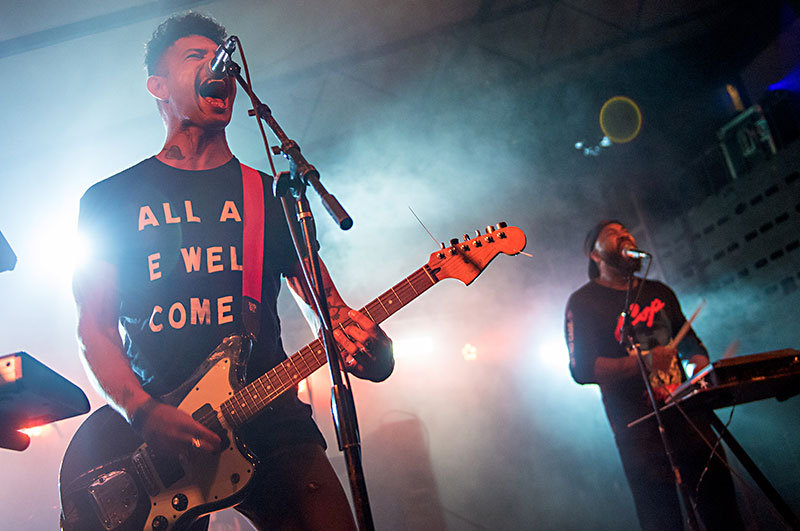 Mohawk gets Free Week right, blending like-minded and unprejudiced fire starters, if not in sound, then in spirit. Emblematic of the stacked inside/outside bill, Blxpltn co-leader and guitarist Jonathan Horstmann sported a shirt reading "All Are Welcome." The singer provided rules for the set, including "no racism, sexism, or homophobia."

The headlining aggro-political trio then proceeded to peel the faces off a rapt crowd, blistering renditions of "Write" and "Start Fires" quickly ensuing. "How Many Shots," from their second release New York Fascist Week, features Horstmann (also of Mighty Mountains) asking in the chorus as a conveyance of police brutality toward people of color, "How many shots rained down?"

Even so, the man of the night proved to be Sam Chown. Performing first as Shmu, he led a masterful trio whose every track evolved into a spaced-out fusion freak-out. Afterward, synth-hop existentialist Botany utilized Chown as his own personal Questlove, running down the voodoo by creating a cacophonous live beat tape with some house grooves.

Psychedelic act Palm Daze next beat down a "we're not fucking around" low end trap producers would kill for. The technical and tribal awash together, cemented by Eric McClung's androgynous vocals, their Eighties R&B proved vibrant. By contrast, self-proclaimed "cosmic sludge" fourpiece Casual Strangers played it subtle, sounding like dawn in Silver Lake, or an indie movie in Silver Lake, or like getting coffee at the best coffee shop in Silver Lake. Totally dominating destination music. 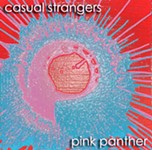