A night of bands led by women, presented by local sex-positive quarterly Peach Fuzz magazine, offered just about everything musically. A large Sunday crowd for a burgeoning metropolis still hung over from the previous night's frivolity proved the drawing power of a strong lineup. Especially when playing for free.

Jazz Mills, joined by Corey Baum of two-step ascenders Croy & the Boys on duet vocals and acoustic guitar, opened with old-fashioned Fifties and Sixties-style country and folk, the epitome reached on a cover of Melanie's slyly sexual "Brand New Key." Calliope Musicals have grown considerably since the release last spring of Time Owes You Nothing, with their ecstatic shows coming on like a low-budget Flaming Lips free-for-all.

Enthralling behind a psychedelic light show engulfing both band and audience, frontwoman Carrie Fussell and friends are moving away from the folkiness they're known for in a proggy, almost dance groove manner. Nevertheless, the dancing, sign waving, costumed boys, and confetti gun remain. The rhythm goes on forever and the party never ends.

Young quartet Annabelle Chairlegs followed briefly with post-punk highlighted by the tough, cagey vocals of Lindsey Mackin and songs including "Axe Me If I Care." Meggan Carney's latest experiment, Zettajoule, closed with a surprisingly eclectic, keyboard-heavy mix that moved from moody love songs to heady Tex-Mex. 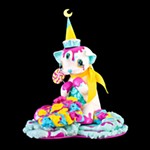 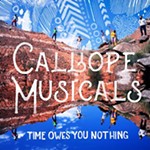 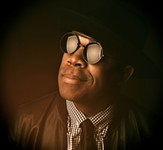