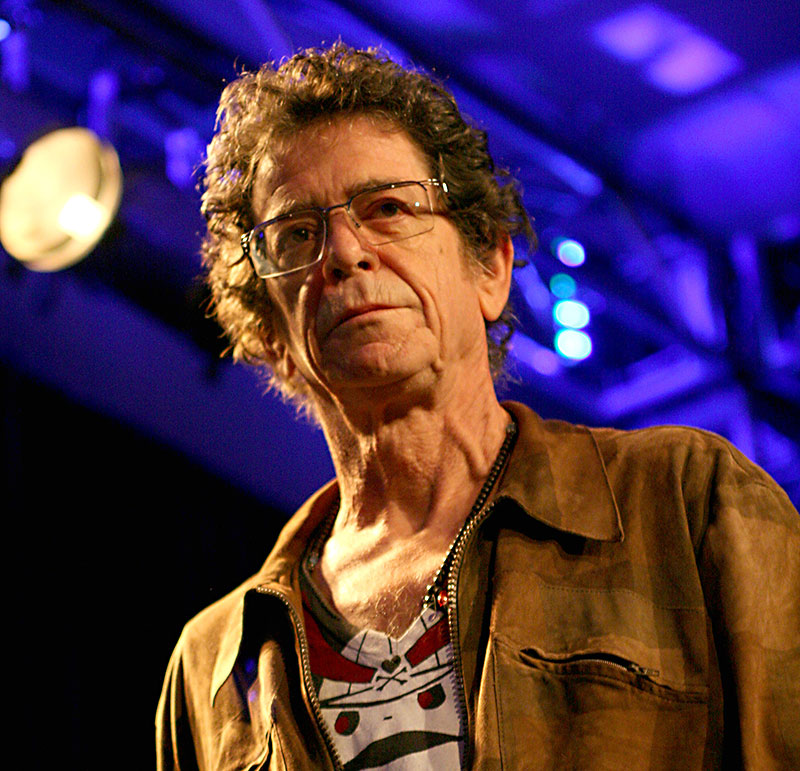 I fell in love with Lou Reed 20 years before ever meeting him.

Last month, a massive black box appeared on my desk. Lou Reed had completed the remastering of his first 16 solo albums during the final months of his life in 2013, doubtlessly reliving a past harboring as many ghosts as glory. That fearlessness marked him as a cultural master, someone who never let boundaries or others' beliefs guide his muse.

The RCA & Arista Album Collection contains an overpowering accumulation of music that documents the Seventies and Eighties. Each album on the 17-CD set stands alone, sans bonus tracks and other distracting ephemera, adding up to a master musician's exploration of what it means to be human. For his entire career, Lou Reed (1942-2013), not unlike still-living icons Bob Dylan and Neil Young, carried the charge born of the Sixties into a world of cataclysmic change. Each grappled with it in their individualistic way, and all forged their own universal language.

Sitting inside a small booth at the Moses Melody record store in Houston listening to The Velvet Underground & Nico in 1967, I felt a powerful new presence enter my life. Not much had been written about the NYC group, only that pop artist Andy Warhol had some sort of new musical appendage that made lots of noise and sang about heroin, homosexuality, and anything else making people uncomfortable. Cher reportedly opined, "The only thing the Velvet Underground will replace is suicide."

Despite the group's threatening air, it quickly became obvious bandleader Lou Reed was a hopeless romantic. There's no way to write "Sunday Morning" and "Pale Blue Eyes" and be anything but. Also obvious was a young man whose life had yielded myriad wounds. The scars screamed.

For five years and four studio albums, the Velvet Underground first broke and then rewrote the rock & roll rulebook. Reed's songs told the truth about things that had never been written about before, and during an era when music opened a door to the cosmos, he pulled down the shades and struggled with his own heart. It wasn't always an easy listen, but no one else exposed themselves to the world like Lou Reed. The Velvets went all the way to the center of the soul.

When the band broke apart in 1970, it felt like the end to a forever friend. The darkness got darker. Two long years passed before Reed returned solo.

Born Lewis Allan Reed in Brooklyn, he claimed to have worked as a typist in his father's accounting firm while he pondered his next move – if there was going to be a next move. The man who had written "Heroin," "Venus in Furs," "White Light/White Heat," "Sister Ray," "Candy Says," and "Sweet Jane" was likely gripped by doubt and struggling with his future. In a pattern repeated throughout his 71 years, he returned to rock & roll, that which first saved him and always pointed a way forward.

When he finally released his solo debut in 1972, called simply Lou Reed, the first song began, "It's hard being a man/ Living in a garbage pail." Several songs originated in Reed's VU days, but played by members of Yes and other English aggregations. That perhaps accounted for a distinct lack of danger in the music.

Lyrically, there were still enough thrills and chills to show he hadn't lost his edge. It's been said something went wrong with the mastering, or some such nonsense, but for those of us who walked to the ends of the Earth for the man's music, there just wasn't a big enough beating heart in the songs. Something was missing.

Within months, all that changed.

Albums like Transformer, famously produced by David Bowie and guitarist Mick Ronson, and its smash "Walk on the Wild Side" happen only once or twice for the luckiest musicians, and as Reed often said of his hit, "If I could write 'Son of Wild Side,' I sure as hell would." The music defined the era's burgeoning decadence and made him, if not a household name, at least a nocturnal one. It even yielded a Honda scooter commercial.

Reed’s songs told the truth about things that had never been written about before, and during an era when music opened a door to the cosmos, he pulled down the shades and struggled with his own heart.

King of au contraire, Reed followed it with his second-most demanding work, Berlin, which made everyone else from the time sound like Sesame Street. Overdoses, crying babies, and everything in between appear in unblinking honesty, fraught with terrifying reality. Never had artistic freedom been stretched so tight.

It wasn't the only time Reed almost ended his career with an uncompromising attack, nor would it be the last. Today, 1973's Berlin sounds like a man at the top of his game, even if it's a game of Russian roulette. In such a light, who knows where the idea for live masterpiece Rock N Roll Animal came from.

Maybe a record exec who knew his charge needed to get back to the garden prompted it. Or perhaps Reed himself suggested it. Either way, four VU standards and one song from Berlin tally a 40-minute LP that doesn't simply capture a performance from New York on Dec. 21, 1973.

Rather, Rock N Roll Animal preserves pure machine gun music. Guitarists Steve Hunter and Dick Wagner sound as if they'd met on a chain gang, while Reed sings like he escaped a cage. Together they validate the existence of live recordings.

Later that same year, the frontman returned with Sally Can't Dance, whose title song flirted with hitdom. Because originals often disdain commercial acceptance, Reed immediately hit the eject button with Metal Machine Music. Not even those of us that bought the double album listened to it, and at the rise of the major label model it appeared certain career disembowelment. At the very least, it erased all expectations about Reed's next move.

Today, Coney Island Baby (1976) still sounds like someone looking deep into a mirror and confronting what they see. Reed said he was staring at his own demise when the head of RCA Records fronted him a guitar to write with after debts cost him his. In a love letter to himself signed in red lipstick, the singer redefined comeback.

When Clive Davis founded Arista Records, Lou Reed became one of his first signings. If Rock & Roll Heart didn't make waves, it set up the interstellar blastoff of Street Hassle. The punk revolution begun in part by the Velvets was kicking down every manner of barrier in 1978, so Reed was carving his name in a fresh carcass. The album's three-part title track still hasn't been equaled for urban intensity and sheer bravado. Who's Lou Reed? Brave that dirty boulevard to find out.

A 2-disc live assault on friends and enemies, Take No Prisoners that same year came and went with short notice, followed by The Bells ('79), Growing Up in Public ('80), The Blue Mask ('82), Legendary Hearts ('83), New Sensations ('84), and Mistrial ('86). Each had riveting songs scattered throughout, especially Blue Mask's "The Gun" and "Waves of Fear," but listening to them today invokes guilt that more attention wasn't paid at the time. In fairness, the Eighties had started and distractions were everywhere.

The first thing Lou Reed said to me the night we met in New York, where I'd flown to start publicity for his Sire Records debut, New York: "I remember nothing about the past." Not true. For the next 25 years, he showed me all there was to know about that very past, and in the process taught me how to be a man.

A version of this article appeared in print on December 16, 2016 with the headline: Rock N Roll Animal 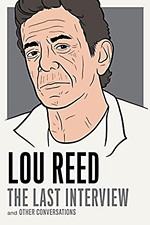 Lou Reed: The Last Interview and Other Conversations
Thirty years of final grouses from a New Yorker 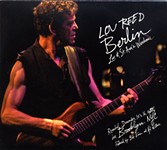